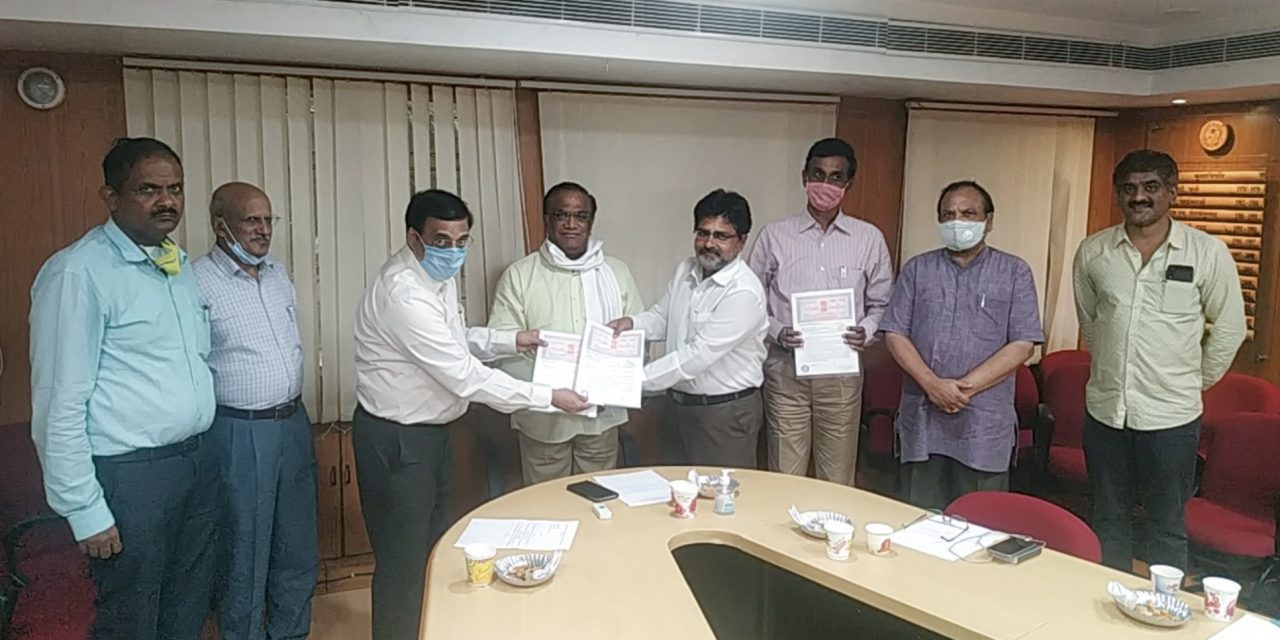 The University of Hyderabad (UoH), its section 8 company ASPIRE and Manjeera Digital Systems (MDS) have signed a tripartite agreement that will enable them to partner in development of deep technology products in the electronics hardware sector. MDS is a fabless semiconductor company that has developed a Patent-pending high-performance computing processor called Universal Multifunction Accelerator (UMA). Manjeera’s technology is based on its patented computing methodology and processor architecture. Manjeera, started by a former student and faculty of the University, Dr. Venu Kandadai, is incubated by IIIT-H and UoH under its TIDE incubator. Many students of the University have interned in the company for their M.Tech. project.

Manjeera is also developing processors for several other applications of the country.  Thus, the products developed by Manjeera are conceived in India, designed in India and developed in India and caters to important computing needs of the country which is currently served through imports.  Manjeera’s effort is not only in the line of the government’s emphasis on self-reliance in this sector but also it has bright prospects of competing with global processor giants and acquiring major global market share.

Prof. Appa Rao Podile, Vice-Chancellor of University of Hyderabad stated that the University was happy to partner with Manjeera in this Make in India effort and together hope to successfully take this indigenous high technology development forward.

Prof. Venu Kandadai completed his M.Sc. and Ph.D. from the School of Physics, University of Hyderabad. He later joined the School as faculty in 1986. He was a founding member and co-ordinator of the UGC-DoE sponsored Electronics Programme at the School which later evolved into the Centre for Advanced Research in Electronics Science and Technology (CASEST). He took voluntary retirement from Professorship to pursue his dream of building a ‘re-configurable processor’. After a two-year stint in Industry, he founded his own startup- Manjeera Digital Systems which developed UMA. Many M.Tech. (Integrated Circuit Technology) students have done their projects- and some employed-in MDS. His association with the University was renewed after MDS was co-incubated under the Technology Incubation and Development of Entrepreneurship (TIDE) programme (now one of the three Incubators under a section 8 company established by the University- Association for Scientific Pursuits for Innovative Research Enterprises (ASPIRE).