The recently declared result of the Assistant Professor in Urdu by the West Bengal Public Service Commission (WBPSC) added another feather in the cap of the University of Hyderabad (UoH) and gave a reason to the University fraternity to celebrate. Mr. Md. Irshad Ali, an alumnus of the Department of Urdu, UoH has been selected for the post of Assistant Professor in Urdu and declared successful in the West Bengal Education Service.

Born & brought up in Kolkata, Irshad Ali got his early education in Kolkata and did his Graduation from the Maulana Azad College. After doing his PG from the prestigious University of Calcutta in 2011, he moved to the Maulana Azad National Urdu University, Hyderabad and did B. Ed in the year 2012 and the same year he joined the University of Hyderabad for higher education and completed the M. Phil course in 2013. His topic of M. Phil was “Saalik Lakhnavi Ki Shaeri Ka Tanqueedi Mutalea” under the supervision of Dr Md. Zahidul Haque, Assistant Professor in the Department of Urdu. He enrolled for Ph. D in the year 2013 and submitted his thesis on “Nai Ghazal Ka Fanni o Fikri Mutalea : 1980 Ke Baad” under the same supervisor and got degree in the month of December 2016.

Irshad Ali has also qualified the UGC-NET in 2011 as well as in 2012. He has one published book and more than a dozen articles to his credit. His success has made the University of Hyderabad proud and these kinds of achievements will encourage the University fraternity especially the research scholars and other students to overcome all odds in life and achieve success.

The University wishes Mr. Md. Irshad Ali good luck in his future endeavors and for a bright future. 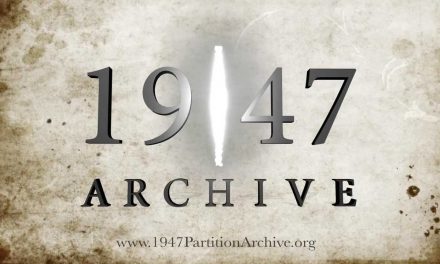 Parul Srivastava invited as one of panellist by 1947 Partition Archive, Berkeley

A successful semester for Each One Teach One