The University of Hyderabad (UoH) has made it to the Top 100 fastest-rising stars of the higher education world founded less than 50 years ago in QS World rankings 2018. First published in 2012, the QS Top 50 Under 50 allows some of the world’s top young universities to shine, rewarding those which have established themselves in the world rankings in a short space of time. For the first time, the ‘Next 100 Under 50’ – enumerating, in total, the world’s 150 leading institutions founded after 1967 have been published on July 13, 2017 on the site https://www.topuniversities.com/university-rankings/top-50-under-50/2018.

Only three from India figure in the top 100 leading institutions founded after 1967.

Indian Institute of Technology – Guwahati figures in the range 71-80

University of Hyderabad figures in range 91-100

Recently the QS World Rankings 2018 has ranked for the very first time the University of Hyderabad among the top 601-650 institutions in the World. In the 2018 edition, the UoH performed among the top 62% in the QS World University Rankings. With approximately 26,000 universities globally, the University of Hyderabad is one of the top 2.3% Universities in the World. (Released on June 8, 2017 at https://www.topuniversities.com/university-rankings/world-university-rankings/2018).

While reacting to these rankings Prof. Appa Rao Podile, Vice-Chancellor, UoH says, “It’s wonderful to note that the University of Hyderabad is being recognised among the fastest growing leading 100 institutions in the World. It has been possible only because of the commitment and hard work of all faculty, staff and students and I congratulate them for this achievement.” “This will put tremendous responsibility on the University to not only maintain this position but also outclass its performance to reach higher standards”, he added.

QS World University Rankings is a publication of university rankings, published annually by British company Quacquarelli Symonds (QS). The team at QS have analysed over 75 million citations from more than 12 million papers, 115,000 survey responses from employers and academics and considered more than 4,000 universities before evaluating 980 of them. 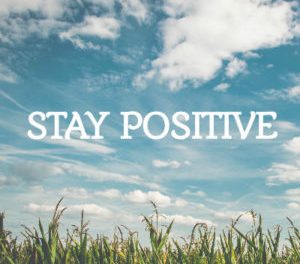