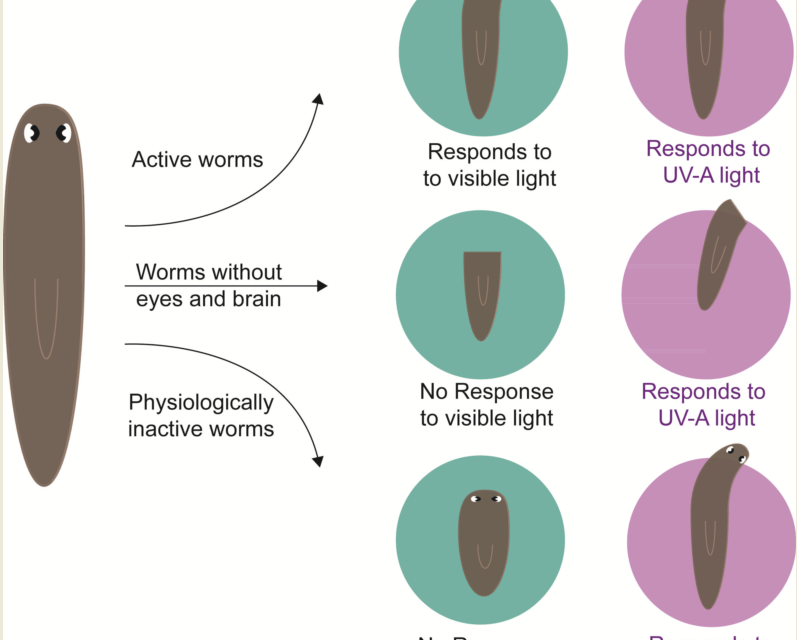 Can the light be sensed without eyes?  “Yes”, suggests a recent breakthrough research on tiny organisms known as Planarians flatworms by researchers from the University of Hyderabad (UoH). The ability to respond to light has profoundly shaped life. Animals with eyes overwhelmingly rely on their visual circuits for mediating light-induced coordinated movements. Planarian flatworms are light-aversive and are known to rely on two sensitive eyes connected to a simple brain to sense light and play a crucial role in controlling their behavior and movement.

Prior research has shown that planarians can survive decapitation (removal of the head) and retain the ability to move away from the light source when exposed to low doses of ultraviolet light. How do these organisms sense the light without eyes? And is there any other light-sensing system that is helping them to sense the light?  In a breakthrough discovery a research team led by Dr. Akash Gulyani from Department of Biochemistry, School of Life Sciences at UoH showed that an eye-independent system (extraocular) lining the periphery of the worm’s body allows even a headless flatworm to move like an intact worm with incredible coordination. The researchers found that the worm body is dotted with a whole array of very unique light sensing cells that are patterned all over the worm, especially at the periphery of the worm. Intriguingly, these newly discovered light sensing cells appear unique as they do not resemble any neuron-like cells but are more similar to a distinct cellular class (parenchymal cells) that includes glia-like cells, which are generally thought to have a supporting rather than a sensory role. This seems very distinct from all light sensing systems known so far across the animal kingdom. 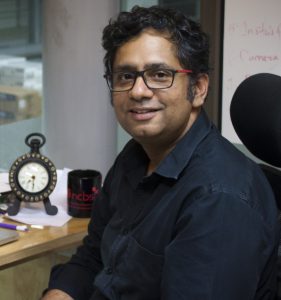 Cells within this eye-independent system expressed light-sensitive proteins called opsins which help the flatworm to respond to light even in the absence of eyes.  However, the eye-independent system only responds to a limited range of ultraviolet light at 365 to 395 nm, whereas the flatworm eyes can detect a broad wavelength of visible light (~365 to 625 nm). Interestingly, the eye-independent system only arises only in the adult organisms, unlike the standard set of eyes that develop in the embryo. This discovery of such an array of body-wide light sensing cells that link to the body-wide nervous system and allow headless worms to move, may constitute the uncovering of a new kind of body-wide organ system for sensing light. This discovery is likely amongst one of the most sensitive eye-independent light sensing systems in nature.

The researchers think that extraocular light sensing ability of headless worms may help tailpieces escape light, and avoid predators. The researchers also show that the system helps intact animals respond to sudden light exposure even when the animals have gone to a sleep-like state, helping them avoid predators and danger. This is again a rare example in nature where an intact adult animal uses an eye independent system for locomotion/escape, despite possessing a sensitive visual system. “Overall, these findings offer a unique and stunning insight into coexistence, development and evolution of independent light-sensing systems in a single organism,” conclude the authors. “Our work showcases the fascinating complexity of form and function of an eye-brain-independent light-sensing network to regulate the physiology of the organism in multiple, unique ways.”

The researchers wish to explore use of such sensitive natural light sensing proteins for helping patients with vision disabilities to ‘sense’ light and to control inner working of cells/tissues with light (optogenetics).

This is work by the group of Dr. Akash Gulyani and collaboration with Dr. Dasaradhi Palakodeti, inStem Bangalore. 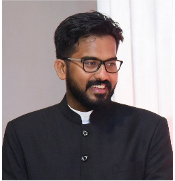