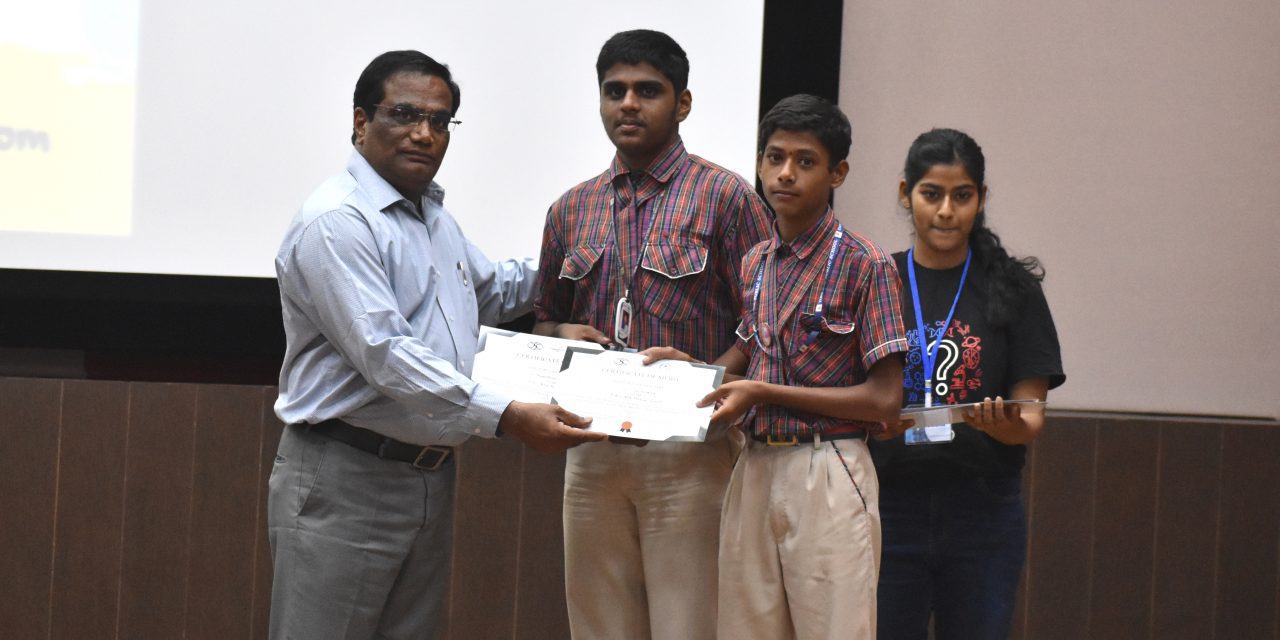 Vigyanotsav 2020 the annual science fest, conducted by Junior Science Club (JSC), University of Hyderabad returned for its second day, on 8th February, 2020. The 17 schools in attendance, with the participants, turned up in full anticipation for the events occurring that day.

The morning started off with experimental demonstrations, at College for Integrated Studies, in South Campus. The students got to visit four sets of demonstrations, the branches covered being physics, chemistry, biology and mathematics.

In the physics demonstrations, the children observed various phenomena involving lasers, such as those involving refractive indices and total internal reflection. They also got to examine the working of a homopolar motor. Furthermore, they had a demonstration of the intersection of the fields of light and vibration, by observing the formation of Chladni figures. 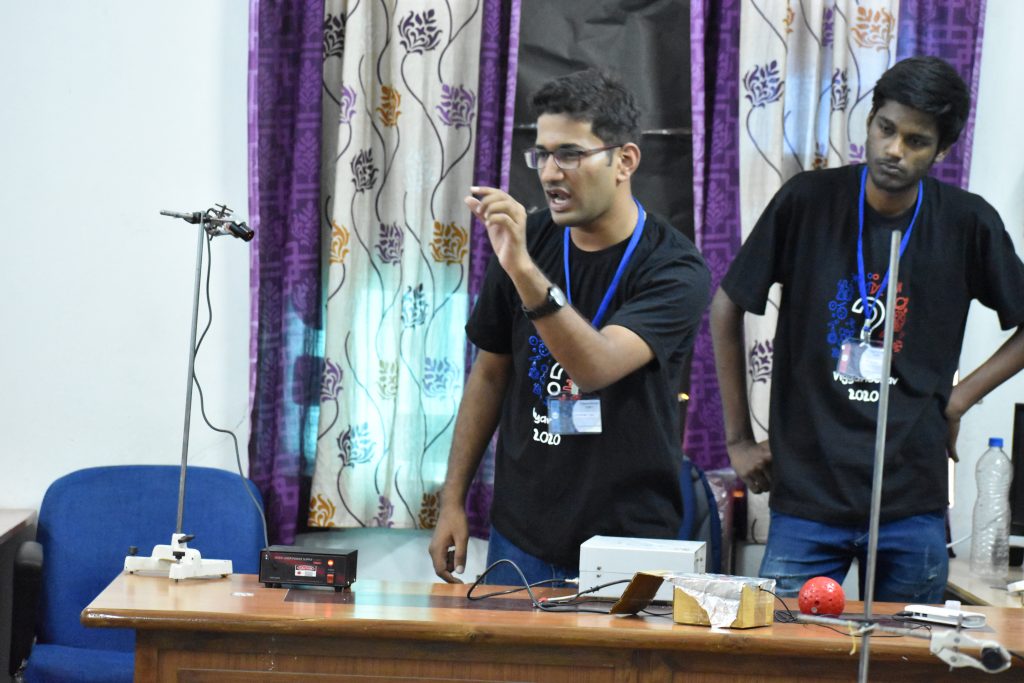 In chemistry, the main theme was colour. The need for observation, specifically of change in colours, was emphasised. Many experiments, including flame tests, golden rain, and the chemical chameleon reactions entertained the children, while at the same time taught them a new concept in chemistry. 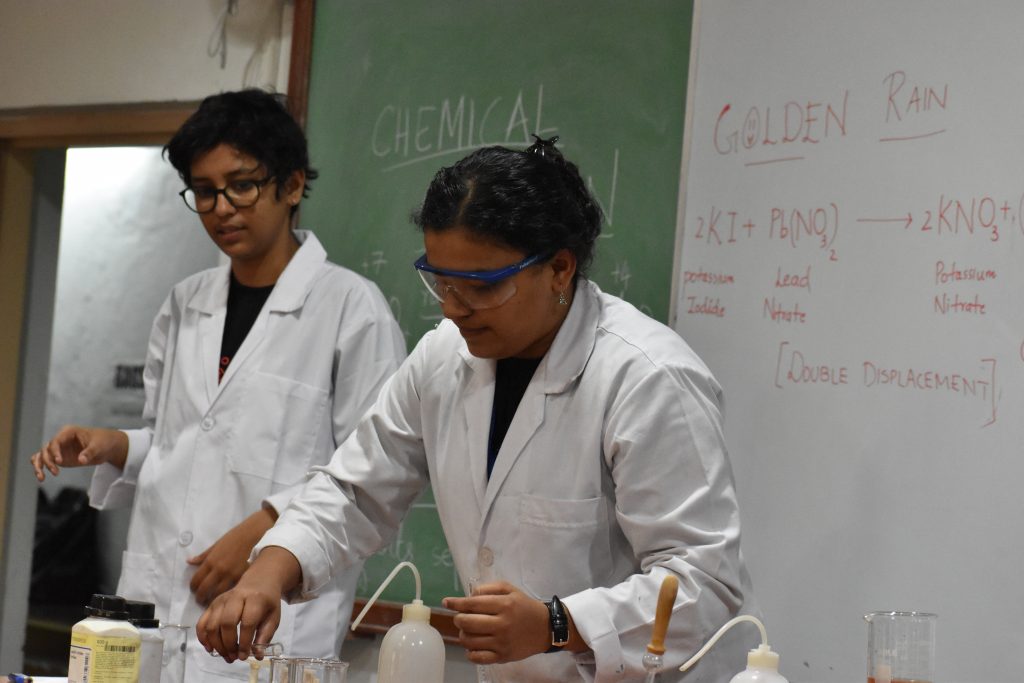 Mathematics demonstrations showed the children the problem-solving potential of math, in addition to the slight illusions that creep in as part of approximations. The information technology demonstration, occurring in parallel, helped understand learning methods of artificial intelligence.  The entire set of demonstrations was followed by lunch. 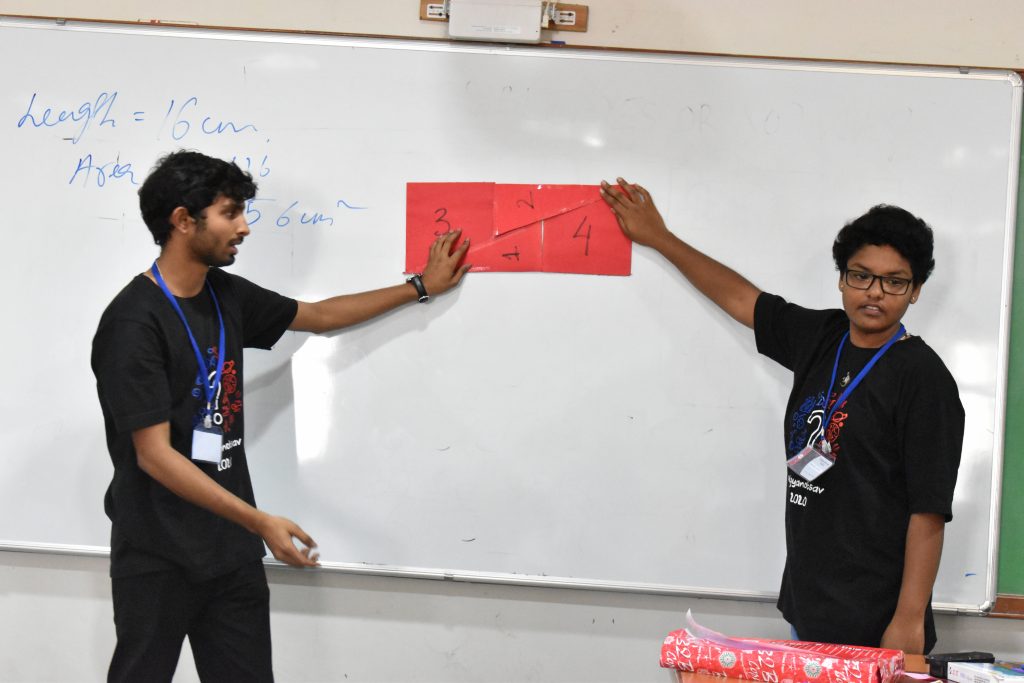 The post-lunch session happened at School of Life Sciences. The children assembled at the Auditorium. The first event was a talk by Dr Anil Kumar Challa, a professor at University of Alabama at Birmingham. He spoke on how the microbial arms race led to the evolution of genetic engineering. His talk raised questions amongst the students regarding the future of such molecular technology. 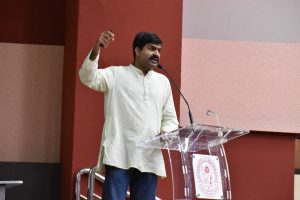 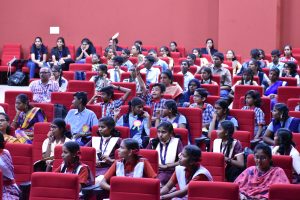 This interesting talk was followed by the entertaining quiz finals. Eight teams participated, in 3 rounds of ensuing excitement. Post the natural adrenaline rush involved, the children moved for snacks. 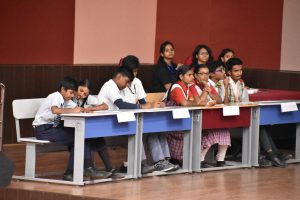 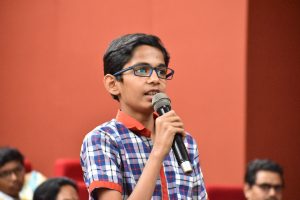 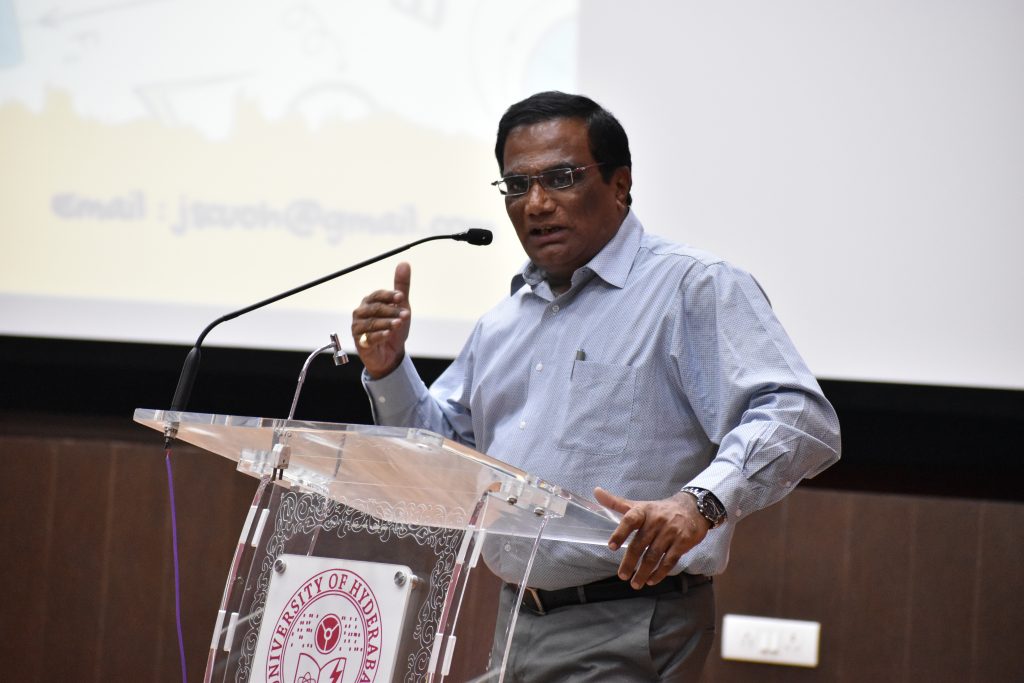 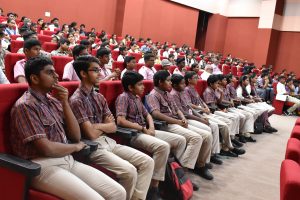 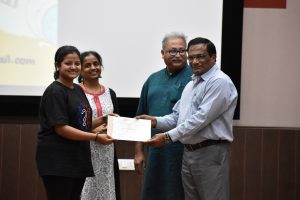 The event closed with a vote of thanks by Professor Krishnaveni Mishra, Associate Director of CIS. The entire two days were energizing and illuminating for the children, with their curiosity in science piqued. For everyone present, the event proved to be a great experience with bountiful opportunities for learning, in different manners. A special mention must go Meru International School for their provision of transport for the event which enabled the smooth functioning. Overall, the people involved left with the spirit of science imbued in them, and Vigyanotsav 2020 having been an inspiring occasion for everyone to pursue the curious matters of the mind. 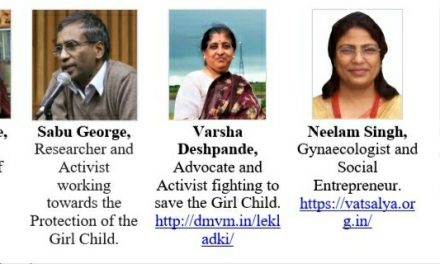