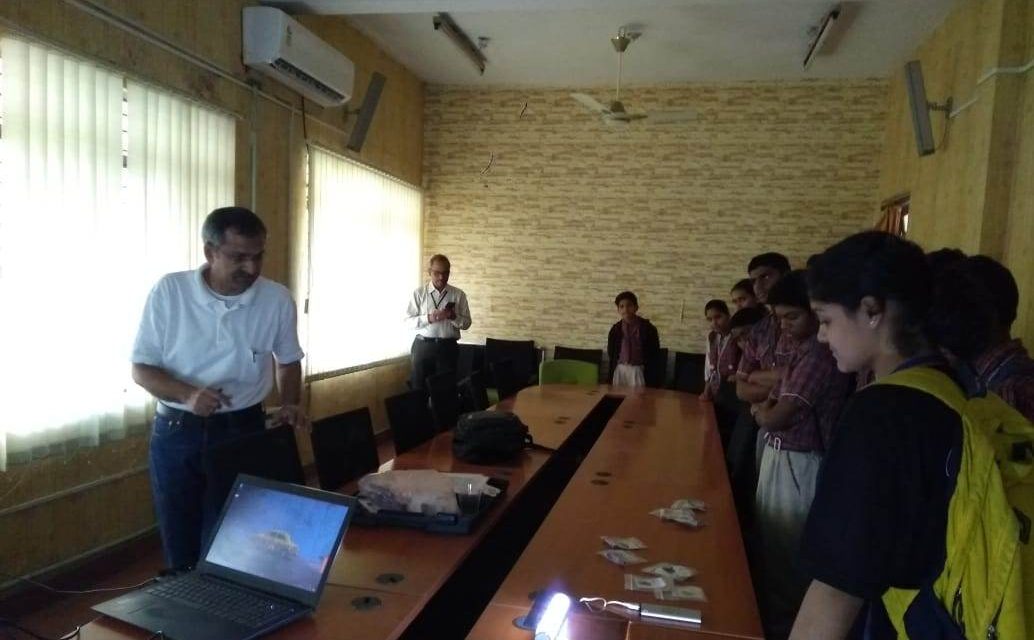 Vigyanotsav 2020, the annual science fest conducted by Junior Science Club (JSC), University of Hyderabad (UoH) has been concluded on 1st February, 2020. The event, designed to spread curiosity about science in school children and make science an accessible part of their daily lives, was enjoyable from the very beginning. 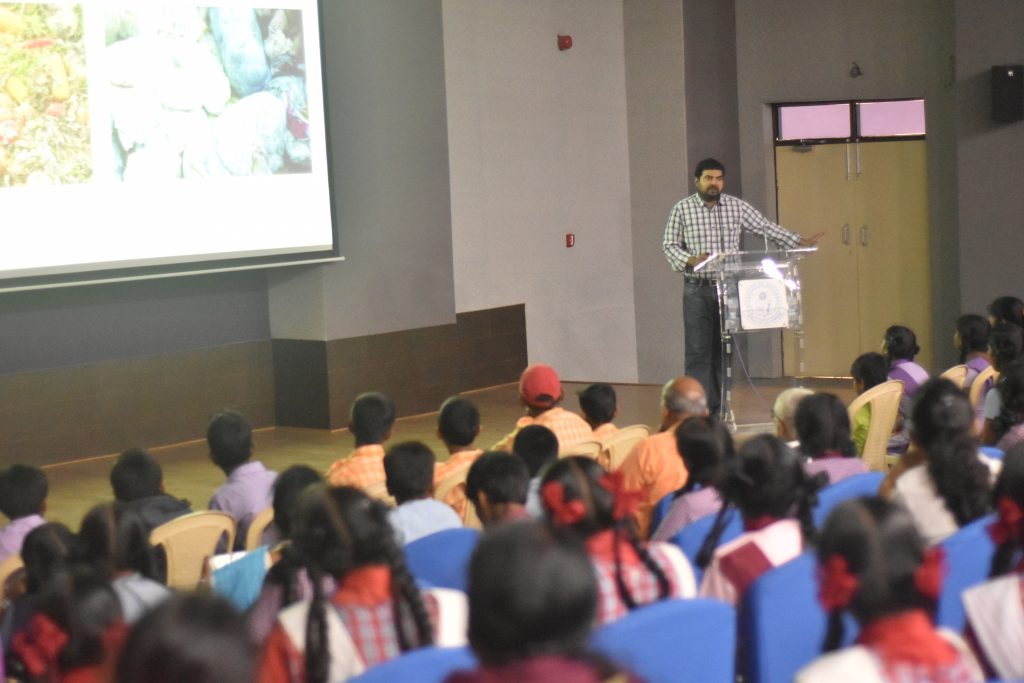 After the participating schools (16 in number) completed the registration at College for Integrated Studies (CIS), the 170 students and their escort teachers, as well as the JSC Volunteers, headed to School of Life Sciences Seminar Hall, where the inauguration took place. There, the Director of CIS, Prof. Sanjay Subodh, addressed them, followed by Prof. S. Ilangovan and Prof. Sharmistha Banerjee, both Faculty Coordinators of JSC.

After that, the first distinguished lecture took place, by Dr. -Ing. V.V.S.S. Srikanth. Titled “Wast’age’ to Us’age’”, the talk explored the various facets of the burgeoning waste problems the modern world faces,  and the various ways ahead to tackle them, many of them innovative and out-of-the-box. It raised many interesting questions amongst the children, whose curiosity was naturally piqued by the topic. 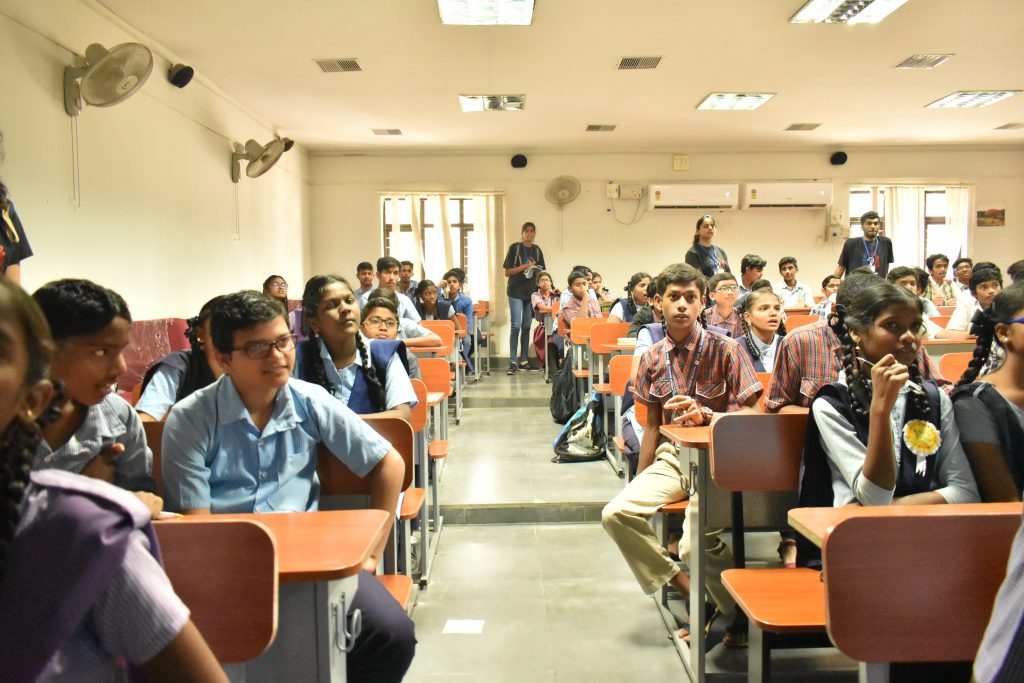 Next up were the competitions, all conducted at CIS. These were quiz, JAM (Just A Minute) and creative writing. The events elicited extreme enthusiasm from the students, and were excitement-filled. The competitions were followed by lunch.

In the post-lunch session, the children moved on to lab visits all around the campus. The labs involved were CIS Biology lab, Central Instrumentation Laboratory, Beam Optics and Applications Lab, Soft Matter Lab, and Materials Lab. Light and observation was a running theme throughout.

In CIS biology lab, they got to see UV spectrophotometry applied, as well as the differences in structural and functional color. They also got a basic glimpse into bacterial cultures. 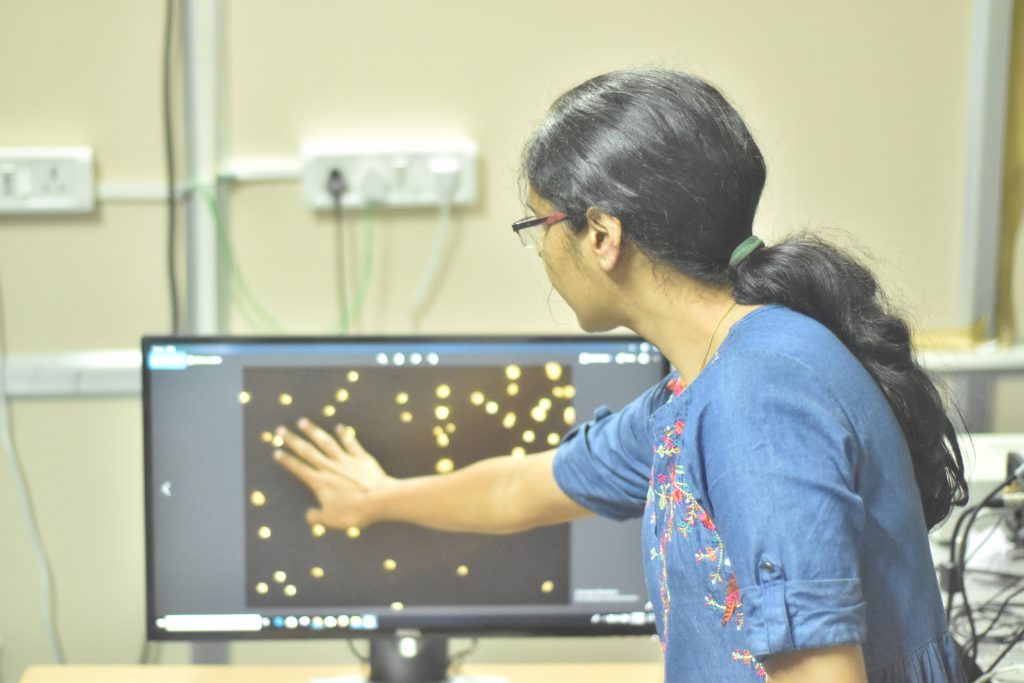 In Materials lab, the children got to observe various apparatuses used to measure the strengths and hardness of materials, as well as furnaces used to test the properties of materials. It was interesting for them to look into the correlation of structure and properties thus explained.

In the Beam Optics Lab, School of Physics, they observed various optical phenomena such as diffraction and polarization, which could be demonstrated at hand. Further, they observed certain exotic optical occurrences, such as self-regenerating Airy beams and so forth. The non-rectilinear behaviour of light in the latter case especially awed the students, and challenged their traditional understanding of light. 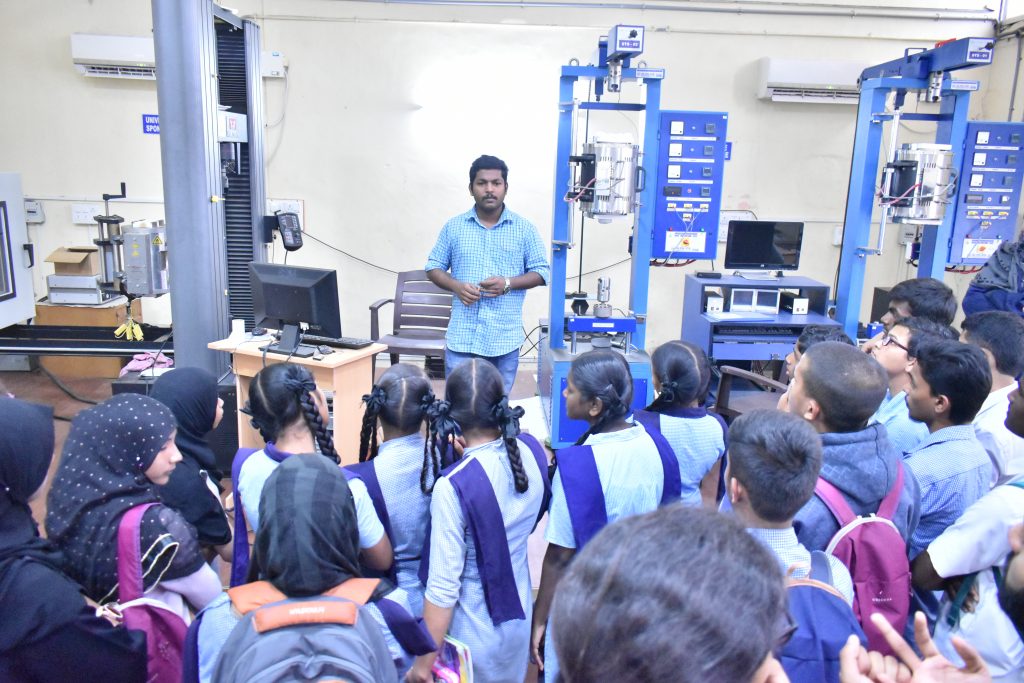 The children were introduced to optical tweezers and their applications in liquid crystals, in Soft Matter Laboratory. For them, it was novel to see light not just as a measure of visibility but also as something tangible, which can act physically on materials, and modify them.

At Central Instrumentation Laboratory, the optical (and non-optical) journey of the children continued, with them being demonstrated the workings of a confocal (optical) and Scanning Electron (non-optical) Microscopes. There was also an exciting fluorescence session, where all the colours of the rainbow fluoresced in front of the students’ eyes, bedazzling them. The spectrophotometry session also tied in with the experiences at the biology lab. 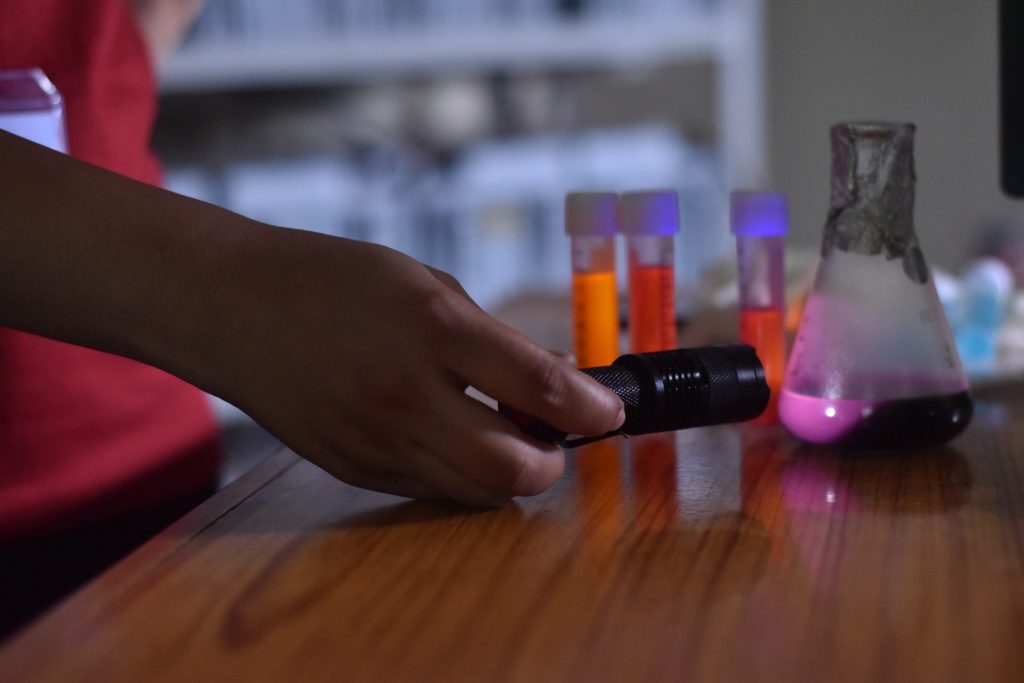 Enriched (and intrigued) by all the lab visits, the children returned to CIS, where snacks were served. Post that, they dispersed for the day, with the next instalment eagerly awaited on 8th February, 2020.