We share the same planet, we have to take care of it : Jean-Mare Sere Charlet

The United Nations climate change conference, also known as Conference of the parties (COP) is being held in Paris, France in the coming December. In this background, a talk titled “Climate negotiations and the Paris conference: What is at stake? What are the perspectives?” was organised on 24th March by the Centre for Study of Foreign Languages, University of Hyderabad (UoH) in association with the French Embassy in India.

Delivering the key note address Jean-Mare Sere Charlet, Minister Counsellor at the French Embassy in New Delhi, said that France is trying to reach out to all the 195 member countries to find out a common solution. “Finding a global solution is a big challenge. India is a big player in this global negotiation”, he said adding that there will be an open ear for India’s position during the negotiations.

As per the available reports average global temperature is increasing and this creates large scale environmental impacts including polar ice melts and sea level increase. There is a need for long term additional measures to curb the rise in global temperature. “Climate change and development are closely related and India’s fight against global warming is crucial”, said Mr.Charlet.

Calling for the participation of all stake holders including governments and private players in the climate change talks, Mr.Charlet said that France is trying to be a neutral presidency during the conference. He said that France can offer the technologies for low carbon energy resources including nuclear energy and wind energy. He also talked about the ongoing cooperation between India and France in the field of space research.

“We all share the same planet and we have to take care of it. Otherwise we will all suffer”, Mr.Charlet said emphasising the importance of Green fund being pooled by the developed countries to fight global warming. Mr.Charlet also pointed out that global warming will affect the poor people more than any other sections of the society.

He said that there are issues related to Intellectual property rights (IPR) when it comes to transfer of technologies from developed countries to developing countries to reduce pollution. Governments are unable to do much in this regard because these are private technologies. He said that India is well placed in technology front compared to many other countries.

Speaking on the occasion, Mr. Eric Lavertu, Consul General, French Consulate Bengaluru, said that India has to find its own path to fight global warming. “Don’t follow our path. You have to follow your own path-A green path-to develop your country”, he said.

The talk was followed by an interactive session among the faculty, students and the French diplomats. 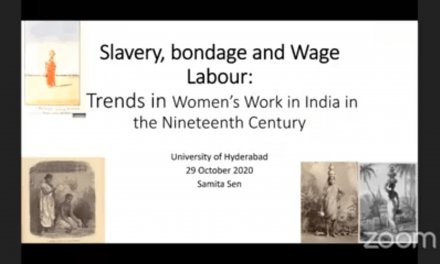