1,000 participants, 620 research papers, 58 countries, 30 panels, 10 panel discussions and 8 workshops, together constituted the first three days of intense discussion and debate of gender related issues by women, for women across the world at the Women’s World Congress 2014 being organized by the University of Hyderabad (UoH).

Delivering the valedictory speech of the WWC 2014 at DST auditorium, UoH, Dr. Angela Miles, Professor at the University of Toronto stated that the participants of the congress have gathered to find out what was going wrong. A lot is. She informed about the various shades of inequalities that people suffered; the danger and violence that are haunting women across the world. She spoke of the defining messages that gain voice wherein violent responses are guised as security measures and enclosure as wealth creation. Dr. Miles hoped that the participants of this gathers would work towards creating a life-affirming future, and that the world didn’t just survive but thrived.

Prof. Rekha Pandey summarized the intense activity that was abuzz in the campus since 17th August 2014, laying bare the amount of effort that went into making the congress a success, and profusely thanked all involved in its organization.

Dr. V Sita, Dean of School of Management Studies, UoH, put forth resolutions that the current congress arrived at and the list included the following:

In the resolutions passed and in the opinions shared by participants, the universal nature of gender discrimination and violence against women is evident. Some of the delegates from India and abroad including a part-time research scholar Zamurat Awan from Pakistan, spoke of the alarming frequency of atrocities committed against women in their own countries. They expressed that knowing of women across the world facing similar issues and working together to combat this evil, gives them hope.

Adding to the intensity of discussion was Florence “Nightingale” Mukhaza, a differently abled delegate from Uganda who pointed out that women with disabilities faced greater discrimination and disadvantage. She requested that the Women’s World Congress expand discussion of the situation of disabled women. Mukhaza also said that she was shocked with the reports of violence and rape across the world, and requested all delegates present to do their part in saving the daughters and sisters of the world from such crimes.

Prof. Shanta Sinha, Magsaysay award winner and faculty at UoH focused the attention of the gathering on the issue of women’s education and mobility being limited by the male gaze. Eve-teasing, unwanted profession of love by men, difficulties faced in using public transport, violence inside and outside homes and incest, played a major role in impeding the education and growth of women.

Prof. Sinha spoke of the masculine attitude among young men that by not harassing women makes them feminine. She spoke of the importance of encouraging the development of feminist men instead of masculine men. She pointed out that her participation such as this was made possible by the fight for liberty and empowerment by previous generations. We owe it to the future generations to take the fight forward.

Though the valedictory session of the Women’s World Congress has taken place on 20 August 2014, the congress continues till 22nd August 2014. Relevant films on women’s issues are to be screened and discussed, and the participants will be taking a trip to visit weaving communities residing in Pochampally. 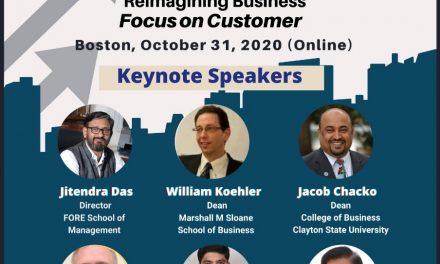 An evening of Bharatnatyam and Kuchipudi