Prof. Appa Rao Podile, Vice Chancellor, University of Hyderabad has been selected for a coveted honour by the National Academy of Agricultural Sciences (NAAS), New Delhi. Podile is conferred with K.C. Mehta memorial award for the Biennium 2017-18 in recognition of his outstanding contributions in Plant Protection. President of the NAAS while conveying the news, congratulated Podile for the well-deserved achievement. Podile has made significant contributions in research that help to improve the health of crop plants. His work on biological control of fungal diseases of plants using bacteria isolated from the vicinity of plants that have unique chitinolytic property is regarded as a major contribution to crop protection. Working closely in association with farmers from Nalgonda and Mahaboobnagar, Podile’s lab (with the help of KVKs’ NGOs, Regional Agricultural Research Station, Palem and in collaboration with ICRISAT, Patancheru, Telangana) developed methods for biological control of tikka disease in groundnut. The work was supported by the AP-Netherlands Biotechnology Programme, coordinated by the Biotechnology Unit of Institute of Public Enterprise, Hyderabad. Other contributions on the use of plant growth promoting rhizobacteria (PGPR) for improving plant growth and yield, besides controlling diseases, has been well recognized by the peers. In the past decade, his group has made a few outstanding contributions to understand finer details of non-host resistance (NHR) and pathogen-associated molecular pattern (PAMP) triggered immunity (PTI) in plants.

The K.C. Mehta memorial award of NAAS, given biannually is one of the highly prestigious awards given by the Academy to the scientists above 55 years age. K.C. Mehta has been one of the greatest plant pathologists of the country of his time. Podile has honoured for the basic concept to use chitinolytic bacteria that attack the rigid cell wall of fungal pathogens for control of fungal diseases. Podile also has pioneered work on a PAMP (harpin) from a phytopathogenic bacterium in India. His group explored nanotechnology route and made a few significant contributions in understanding the unique features of the harpin protein, by encapsulating it in chitosan nanoparticles. The bioavailability of the harpin was improved with the use of chitosan nanoparticles that released harpin steadily over an extended duration.

Podile’s group using biotechnological approaches produced and tested the chitooligosaccahrides (CHOS) for their ability to induce immunity in rice against infectious agents. Simultaneously, his group advanced the knowledge about a critical enzymatic process called transglycosylation by chitinases. This approach helped his group to develop and scale up a process for the production of long-chain CHOS from the shorter building blocks.

Podile, is among the few researchers who have made contributions to both basic and applied aspects of plant protection. Currently as Vice Chancellor, with enormous administrative responsibilities, Podile continues to run an active lab and was recently awarded with the JC Bose Fellowship by DST. He was also honoured with fellowship by five major science academies like Indian National Science Academy, Indian Academy of Sciences, National Academy of Sciences, National Academy of Agricultural Sciences and Association of Microbiologists of India. 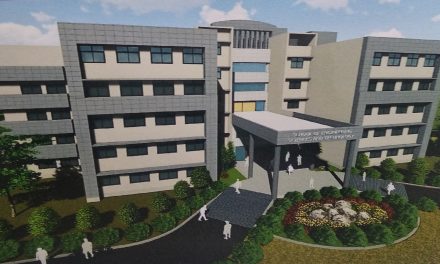