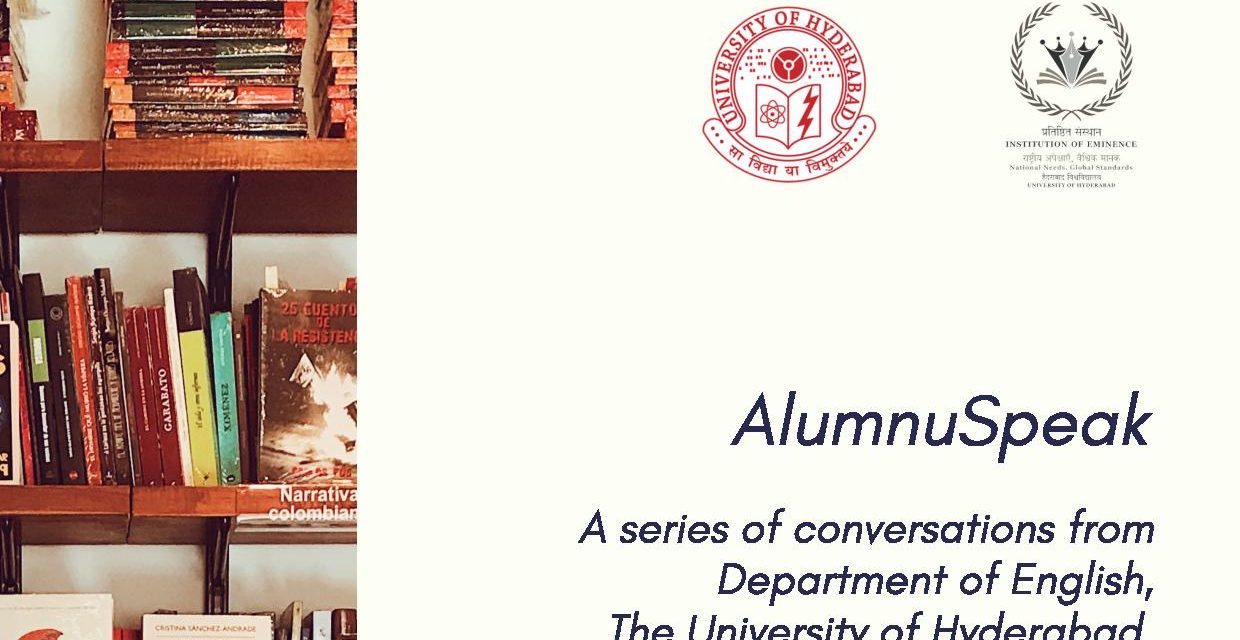 The second event of the AlumnuSpeak series was held on 30th June, 2021. The speaker for the event was VK Karthika, Publisher, Westland-Amazon. She completed her MA and MPhil in the Department of English, UoH, in the years 1988 to 1992.

Prof. Kurian welcomed Karthika, and all those present, including Prof. Daniel Roberts, an alumnus and currently Faculty at the English Department in Queen’s University, Belfast. Prof. Nayar introduced the speaker and also noted the presence of several other eminent publishers in the audience, also alumni of the department. 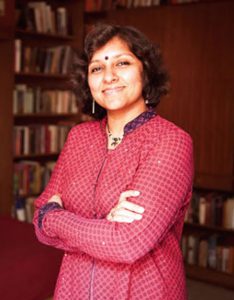 Remembering her time in the University/Department, Karthika ascribed her personal and professional growth to the Department. She fondly portrayed her journey through anecdotal accounts of the relations she formed with both friends and faculty in the university classroom, Prof Sudhakar Marathe, Prof Hoshang Merchant and Prof K. Narayana Chandran. Karthika connected the spaces of the classroom with the corporate, illustrating how the values imbibed in the former helped her to grow in the latter. The current state of the publishing industry and how it faces various constraints of the market featured in her talk. She illustrated this by comparing the nascent state of publishing when she joined Penguin India over two decades ago to the established industry it has become, marking the complexities that have emerged with the onset of time, market investment and technology. Karthika interacted with the audience in a lively question and answer session and answered questions on bridges between academics and publishing, academic versus fiction publishing, emerging authors, among other topics of discussion.

Prof. Chandran intervening at the end spoke about how the question of publishing in the English language needs to be looked at within Indian languages and literatures: who reads English books as compared to books in their own languages, and we need to think in terms of structures like state, village and town libraries that facilitate reading in the Indian languages to understand the publishing industry.

The event concluded with a vote of thanks by the coordinators.