The curtains fell on the two-day national seminar Dr. B R Ambedkar’s Vision of Economic Development of India organised by the School of Economics, University of Hyderabad (UoH) on 30th August with the Former Governor of RBI, Dr. Y.V. Reddy, acknowledging the need for reservations in private sector as pitched by various delegates through the day. The valedictory function was addressed by Professor S. Madheswaran, from Centre for Economic Studies Policy, ISEC, where his focus was on economic theories that backed reservation and similar affirmative policies for participatory development.

Caste was a primary entry point of the seminar, where the Ambedkarite economic thought played the guiding force. It was noted by Professor Madheswaran that caste system adversely affected prospects for economic growth. He called out to the private leaders to look at examples of other developed countries who after adopting affirmative action policy on social inclusion reaped higher profits due to broadening of the market.

With this is mind, Dr. Y.V. Reddy hailed Dr. Ambedkar to be “ahead of his times”. “Ambedkar recognized the damaging role of discrimination and remedied it through the constitution. Countries like USA took a century to do the same”, said Reddy.

The National Seminar saw a plethora of academicians from various disciplines who explored Dr. B.R Ambedkar’s economic thought with relation to issues of women empowerment, agriculture, Swach Bharat, Buddhism, Higher education, and the role of State. They were critical of the glass ceiling present for Dalits, especially Dalit women in most fields.

The moot point, however was raised by Dr. K Laxminarayan. “When you have caste, you can’t have anything else, so the question remains, how are we contributing to the annihilation of caste?”

By Donita Jose
Department of Communication

I discovered myself at the University of Hyderabad……. !!! 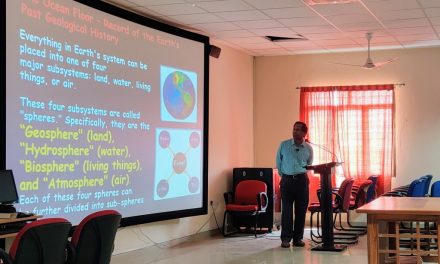