Bricolage II: “Reaching Out in the Pre-Digital Era: Producing LGBTQ Knowledge Bases in the Early Years of the Movement in India”

For its sixth online event on March 6th, 2021, Bricolage II hosted Dr. Kaustav Bakshi, Assistant Professor at the Department of English, Jadavpur University, who delivered a talk on queer archives and community formation.

The lecture detailed how a queer community first began to emerge in India through the shared creation and consumption of knowledge bases, which generated both a shared vocabulary and a queer historical narrative. The speaker read and analysed the “queer archive” that emerges when one looks back at and tracks these knowledge bases, which exist in scattered and fragmented forms in many different locations, though partially accessible online today. The lecture focussed on roughly three decades of this archive, starting in 1977 with the publication of Shakuntala Devi’s The World of Homosexuals up to 2010 when Facebook established its first office in India. During these decades, print media was primarily where information about queer lives was created and circulated, smartphones and the internet not being widely accessible at the time. Dr. Bakshi argued that to trace the formation of these archives is also to map the growth of an affective and politically mobilised queer community.

Drawing upon the theorisation of queer archives by Jack Halberstam and others, Dr. Bakshi pitched the queer archive as an “archive of feelings”, which marks the ephemeral and the spectral alongside the catastrophic and the traumatic. He pointed out how the creation of texts, their nature, genre, circulation, reception, etc. often shifted with the political atmosphere of the time, registering both subtle and sweeping shifts in mood, tuning in to varying intensities of hope and despair. He also demonstrated how the archive helps to narrate political movements, by delineating the trajectory of the shifting relationship between queer politics and feminism in India.

The speaker listed some of the texts and sites of cultural production that are significant to the queer archive: advocacy documents and reports produced and circulated by NGOs, newsletters and little magazines, workshops, seminars, academic texts and research-oriented monographs and anthologies all of which moved the conversation forward by leaps in the 90s and 2000s. Cinema, by both Indian and Indian diasporic filmmakers, is also important in the archive, especially smaller budget films circulated through informal networks and screened at film festivals. Dr. Bakshi also noted that the physical spaces of film festivals and book stores were important as spaces for visibility, congregation and social bonding. All of these spaces, discursive and physical, opened up alternative sites for the expression and articulation of queer lives and desires.

The lecture was followed by a discussion in which members of the audience raised questions about the nature of this archive and other sites of community formation and knowledge production. Questions about how academics can intervene or help in the formation of such an archive through syllabi, coursework, evaluation, and the tricky questions of canonisation and the politics of representation were discussed. The speaker emphasised that literary canonisation within the mould of liberal humanism needs to make way for a more radical formation acknowledging the political currency of texts for movements and archives. Both the lecture and the discussion emphasised the necessarily incomplete, alive, dynamic and open nature of this archive and its always ongoing relationship with activism and politics, which, as it grows into the online sphere is now constantly updated in real time. 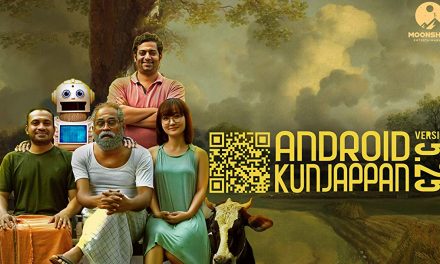