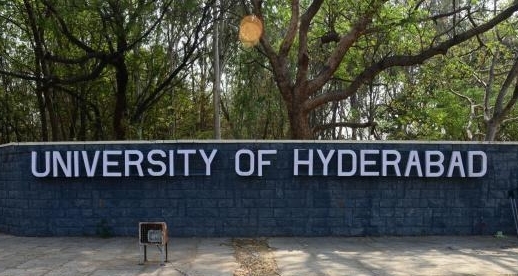 Mr. Brijesh Kumar Mishra, an SRF in the Department of Sanskrit Studies, University of Hyderabad (UoH) received first prize for his Sanskrit play named Bhraṣṭaḥ Śodhārthī (A Confused Researcher) in All India Sanskrit short play writing competition organized by the Uttarakhand Sanskrit Academy. The motivation for his play was real life situations of researchers in terms of motivation, planning and implementation of one’s own research ideas in time. 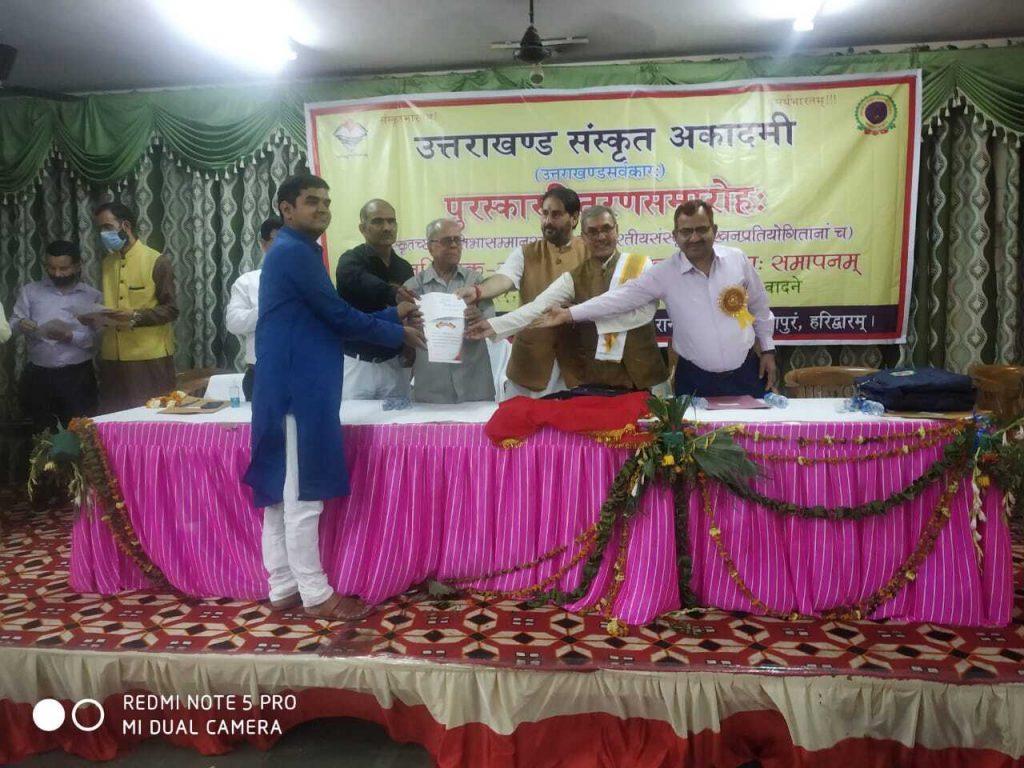 He received the prize from Secretary and Chairman of the Academy, in the award ceremony held in Haridwar on 23 March, 2021. Earlier, Brijesh had won third and second prizes in similar competitions from the same institution in 2015, 2017, respectively.

Mr. Brijesh is currently working on his doctoral thesis on ‘Functioning of Mind in Health and Disease’ under the supervision of Prof. JSR Prasad of Department of Sanskrit Studies, UoH.

UoH congratulates him on this achievement.