About Conference:
The FEL (Foundation for Endangered Languages) XX conference aims to examine language endangerment during the colonial era, and the impact of colonization on the subsequent efforts of the independent nations and communities to revitalize their language heritage. The conference will look at continuity and change in approaches to language use.
The conference will explore the following issues, asking for contributions on specific languages or territories:
• the use of local traditional languages, and indeed other languages of wider communication, restricted in the colonial period.
• means to channel communication and expression into other languages.
• role of language planning and liberation which made a difference – positive or negative – to the use and prospects of indigenous languages.
Report on Inaugural Session:

Prof. Panchanan Mohanty, Chairperson, FEL XX Conference, the Head, Centre for Endangered Languages and Mother Tongue Studies (CEL&MTS) and Dean, School of Humanities, University of Hyderabad has welcomed the participants and delegates. Prof. Nicholas Ostler, Chairman, Foundation for Endangered Languages (UK), has given introduction about the theme of the Conference and discussed about the organizing committees. Later Mr. Sujoy Sorkar of CIIL talked about the contribution of CIIL to Indian languages and briefed about Scheme for Protection and Preservation of Endangered Languages (SPPEL). Prof. Appa Rao Podile, Vice-Chancellor, University of Hyderabad launched the proceedings of the Conference. He talked about Bio-diversity and loss of words in a language through generations.

Many renowned scholars from the USA, Europe, Australia, Africa and Asia have come to participate in the FEL XX Conference. 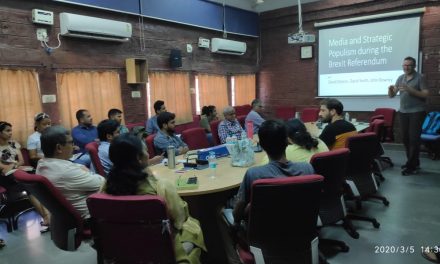