Chhod Chala Banjara… a play that was one of its kind 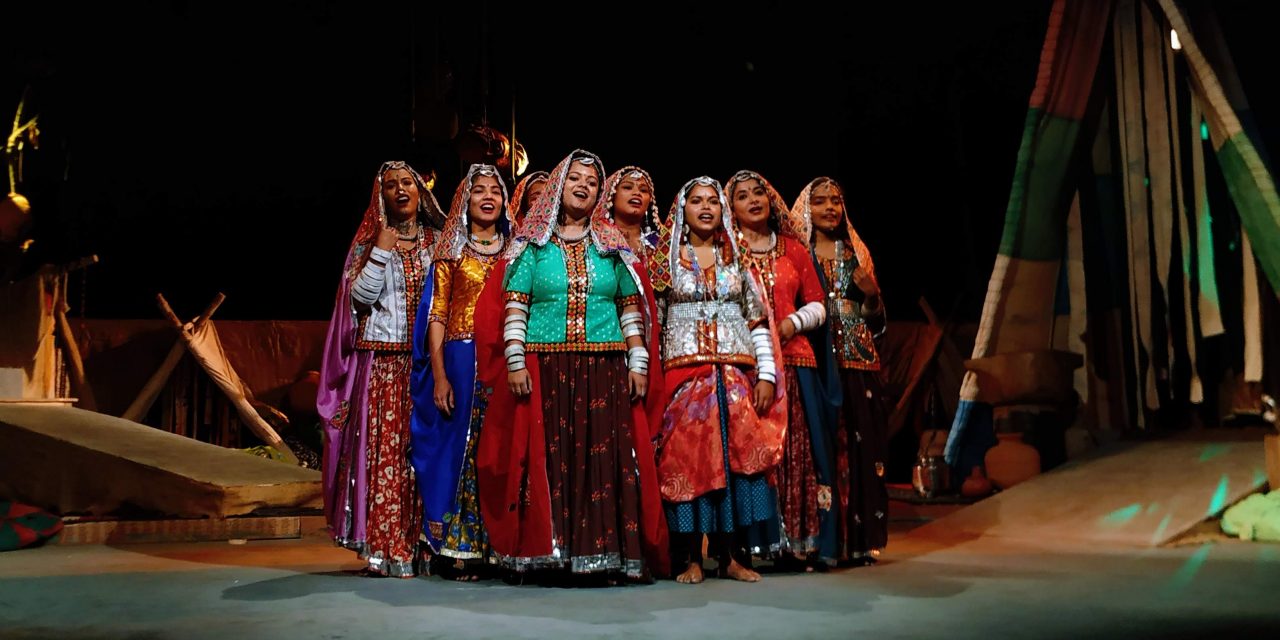 The Theatre Arts students of the University of Hyderabad proudly presented their play titled “Chhod Chala Banjara” in the Goreboli language at G.B. Hall from 21st October 2021 to 25th October 2021.  The play’s concept, design and direction were done by Shri. Kanhaiya Lal Kaithwas. 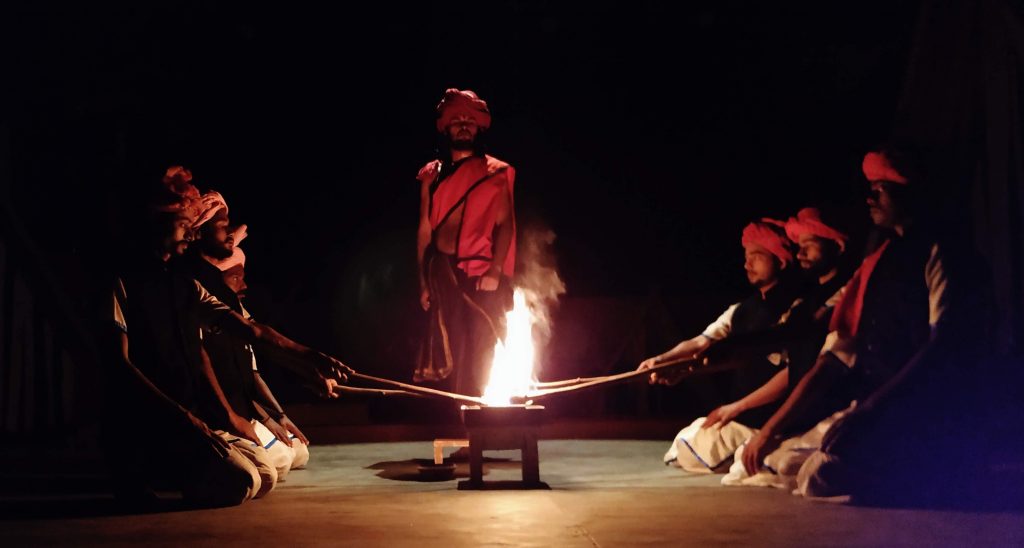 The play primarily revolves around three important protagonists of the Banjara folklore – Sant Sevalaal, Bheema Nayak and Lakhi Shah Banjara. These three leaders still continue to influence the lives of the people of their community. 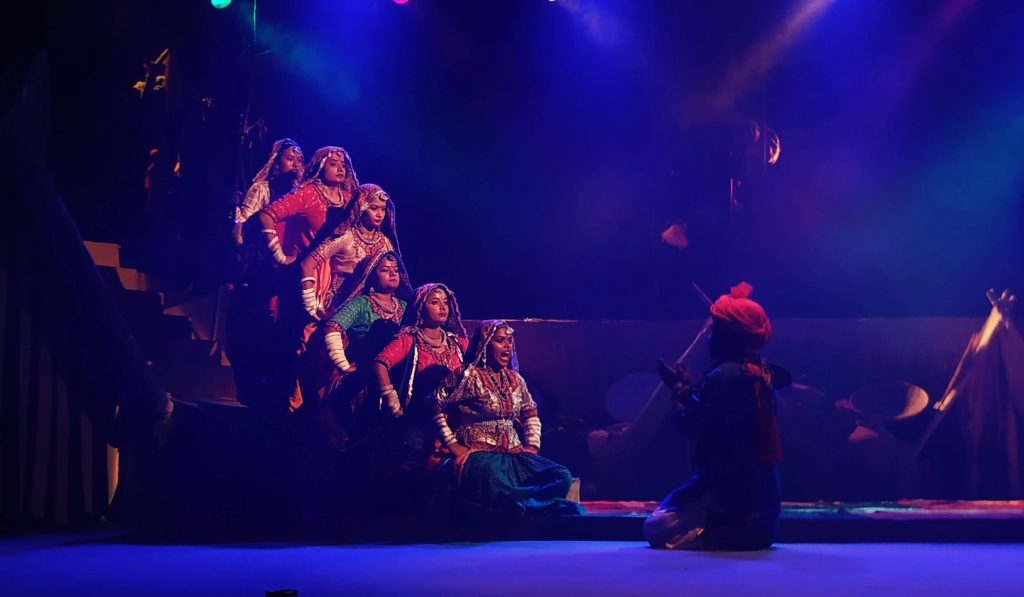 Although there are many other tales, myths and legends that narrate the remarkable history of the Banjara Community, the significance of this play is that it doesn’t follow a linear structure in time, but oscillates between the past and present thus developing a form of its own. The cast and crew, both on and off stage were highly appreciated for their dedication in learning the Goreboli language and for putting forward an exemplary performance throughout. 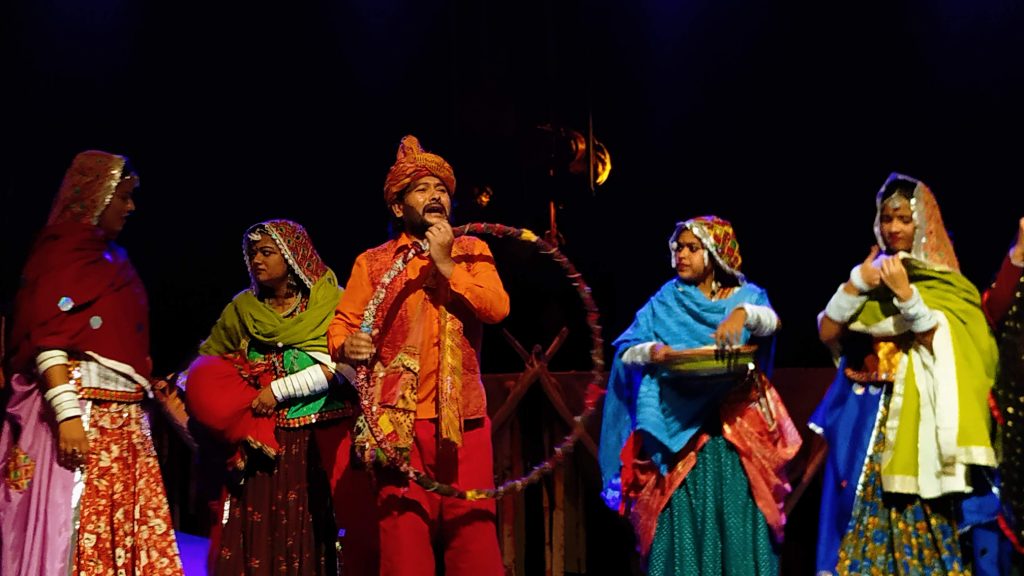 Born in 1970, Kanhaiya Ji, presently an Associate Professor at the university, has received a diploma in design and direction from the National School of Drama in 2000. He is a fellow of NSD and has carried out research on the folk art of Malwa, Nimad and Jhabua.

“In 2010, when I had the opportunity to move to Hyderabad, I encountered the Lambadi Community for the first time. Since then, I was intrigued by their distinct culture and now, 10 years later, I finally got the opportunity to construct a play in the Goreboli language,” said Kanhaiya Lal. He dedicates the play to the one who inspired him to work on folk forms and tribal communities – his late teacher and friend, Shri Bansi Kaul. 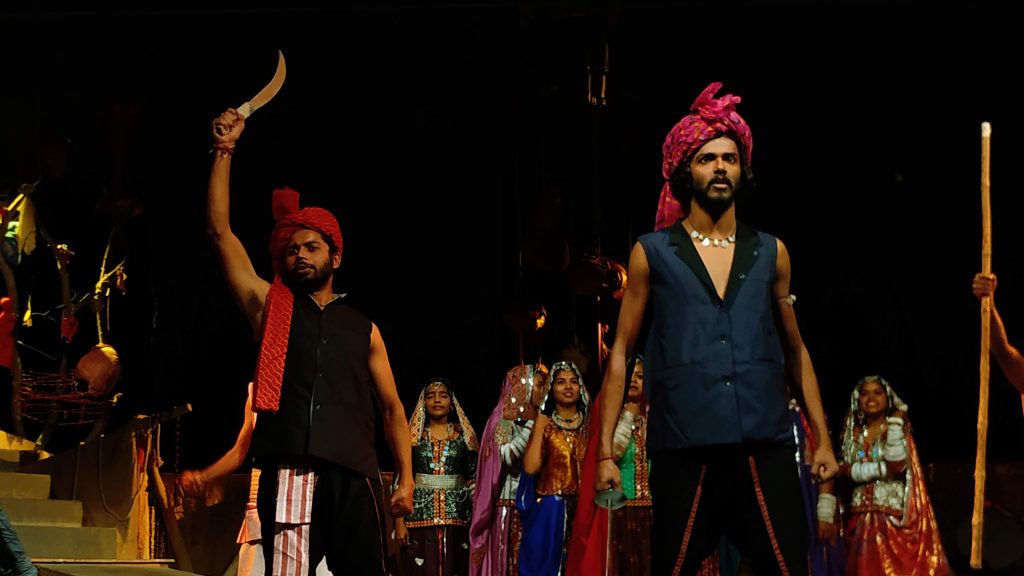 Other creative contributors to the play –

Battu Vijay Kumar, a native of Veernapalli in Telangana, is currently pursuing his PhD in the Telugu Department at the University. He is known for authoring three books in Telugu: ‘Adavipoosina Vennela,’ ‘Kalika’ and ‘Naaniprapancham.’ He is also a part of Telugu theatre with his drama called ‘Dayyam Vadilindi.’ 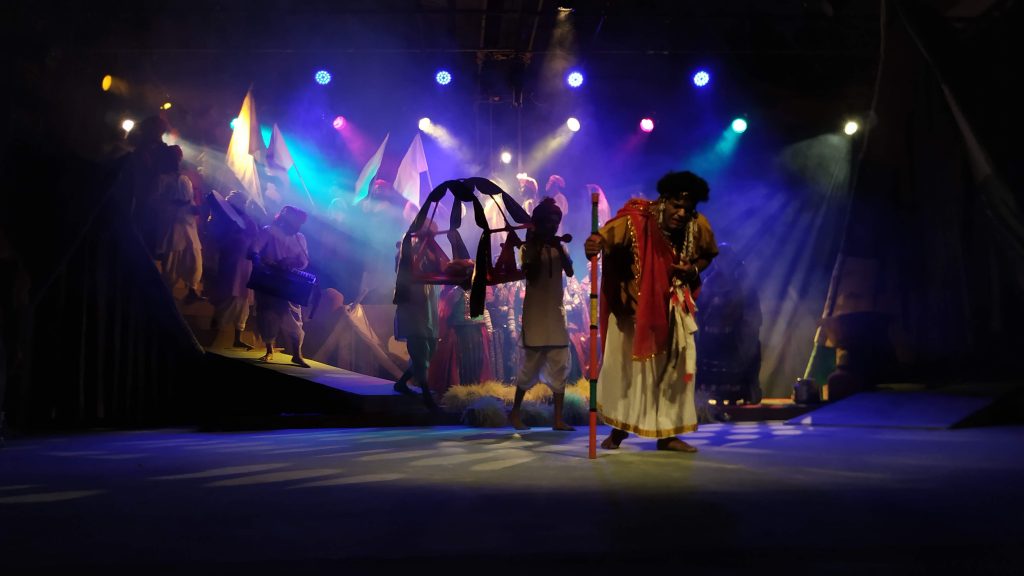 Anjana Puri is a post graduate in Hindustani classical vocal music from University of Delhi.  She ventured into theatre with Rang Vidushak, Bhopal as a teacher-composer-singer in 1993. She has composed music for several plays in various languages and is presently evolving a training methodology for actors to address coordination and synchronisation of the patterns made by voice, with the movements of the body. Ms. Puri believes theatre is an independent medium of communication that transcends all linguistic barriers. 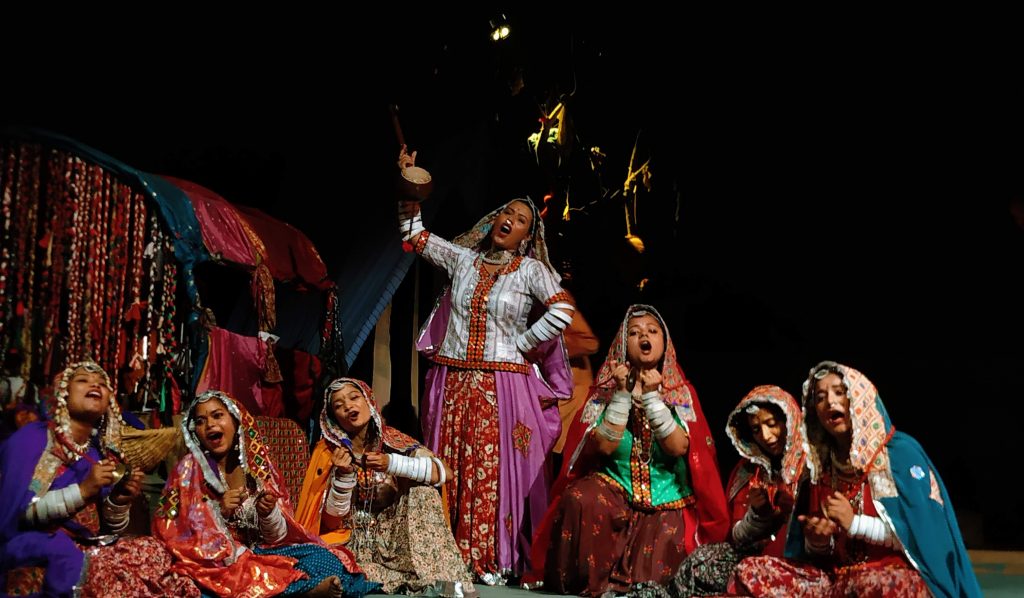