Book on Citizenship and Identity in the Age of Surveillance by Pramod K. Nayar published

Dr. Pramod K Nayar, Professor in the Department of English, School of Humanities at University of Hyderabad (UoH) has published a book titled Citizenship and Identity in the Age of Surveillance.

This book (ISBN-10: 1107080584 ISBN-13: 978-1107080584) published by Cambridge University Press is a study of cultures of surveillance, from CCTV to genetic data-gathering and the new forms of subjectivity and citizenship that are forged in such cultures. It studies data, bodies and space as domains within which this subjectivity of the vulnerable individual emerges. The book also proposes that we can see a shift within cultures of surveillance where, from active participation in the process of surveilling, a witness-citizen emerges. The book therefore seeks to alter surveillance as a mere top-down system, instead arguing that surveillance is also a mode of engagement with the world enabling trust, accountability and eventually a responsible humanitarianism.

Dr. Nayar teaches courses in Literary Theory, the English Romantics, Postcolonial Literatures and Cultural Studies. His interests lie in English colonial writings on India, Human Rights narratives and Cultural Studies, with a consistent publication record in these areas. Among his book-length publications are Frantz Fanon; Posthumanism; Colonial Voices: The Discourses of Empire; Digital Cool; Writing Wrongs: The Cultural Construction of Human Rights in India; English Writing and India, 1600-1920: Colonizing Aesthetics; Postcolonial Literature, among others. He is also the editor of the multivolume Women in Colonial India: Historical Documents and Sources, The New Media and Cybercultures Anthology and The Penguin 1857 Reader. His work has appeared in Modern Fiction Studies, Celebrity Studies, South Asian Review, Jl. of Postcolonial Writing, Jl. of Commonwealth Literature, Ariel, Changing English, Jl. of British Studies, Prose Studies, Studies in Travel Writing, Journeys, and other international journals. Forthcoming books include The Postcolonial Studies Dictionary, The Transnational in English Literature and the edited Postcolonial Studies Anthology. 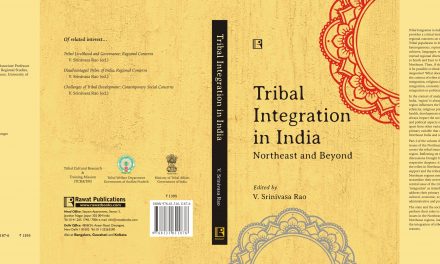