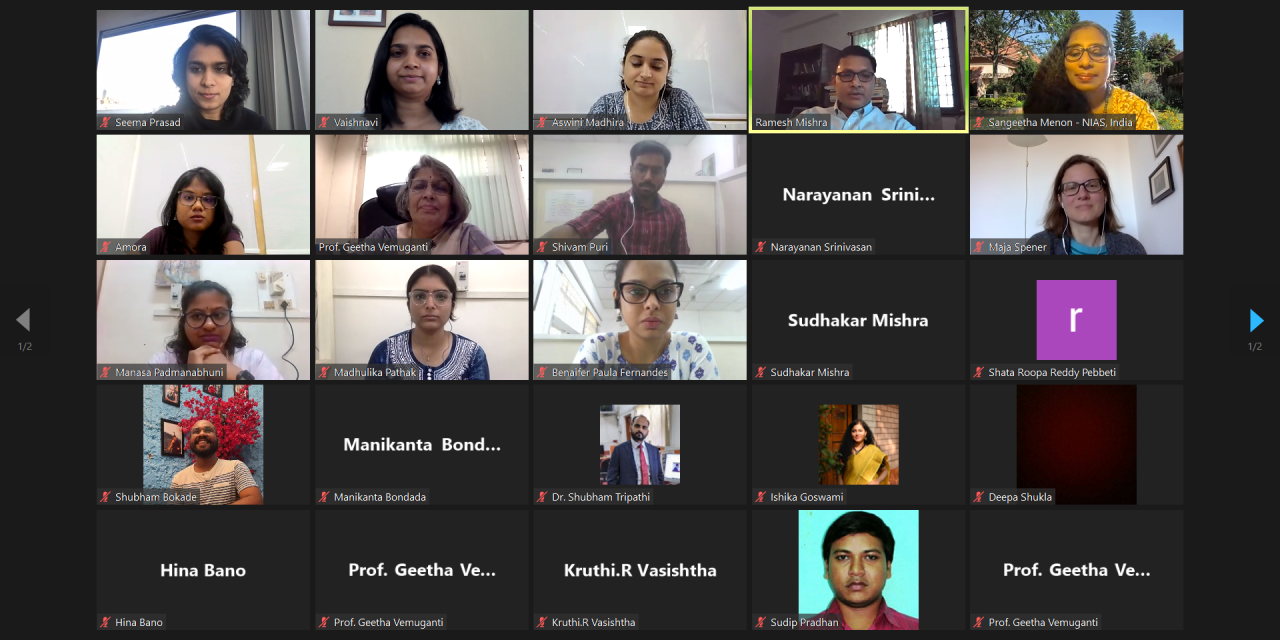 This conference, with talks scheduled on April 18th and 19th, has been organized in association with iBrain: Integrated Track in Brain and Cognitive Sciences, an Erasmus+ grant.

The Symposium featured talks from early-career researchers from universities around the world, as well as speakers from various disciplines who reflected on their discipline to provide a new perspective on conscious and unconscious cognition. 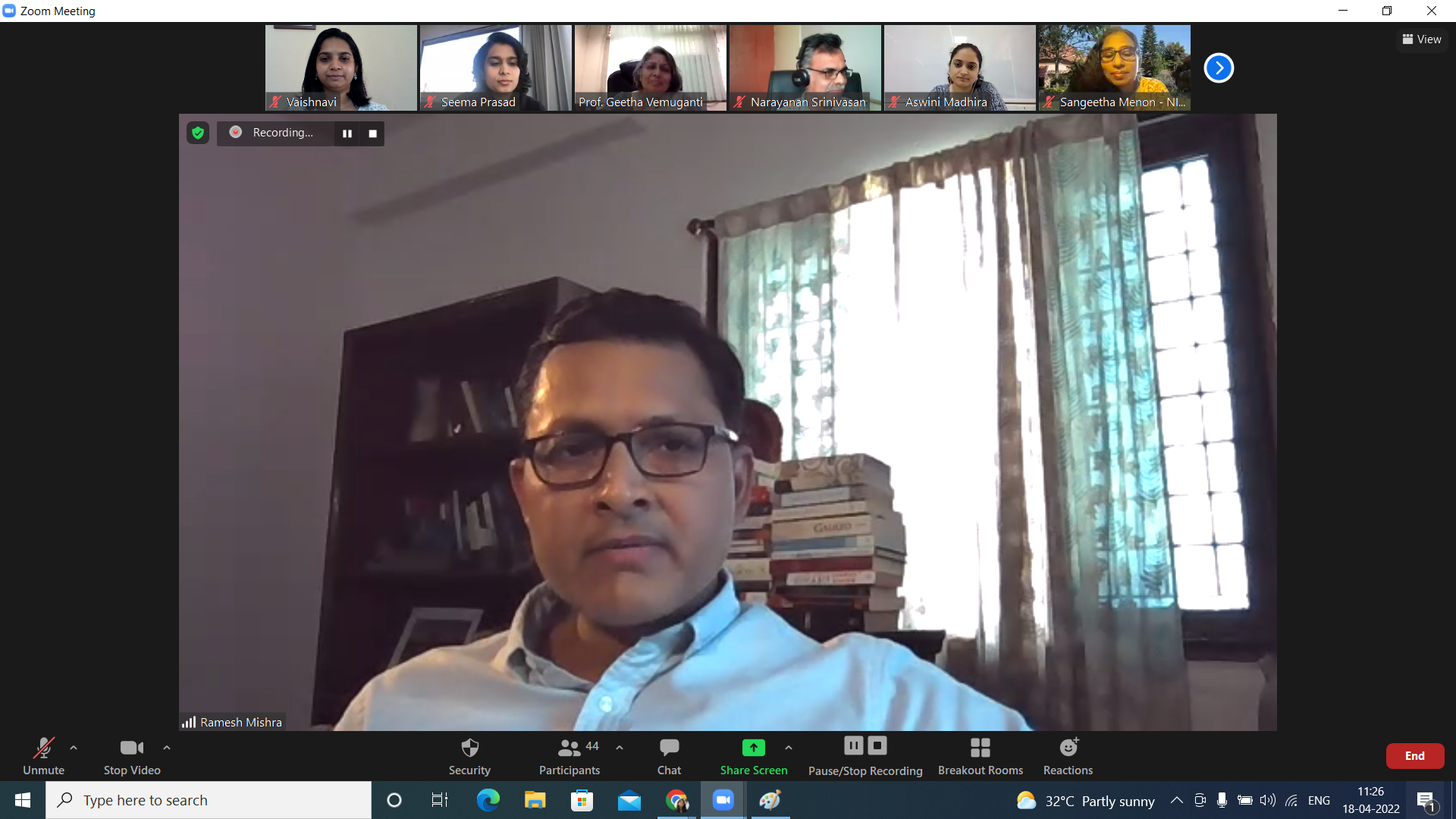 Prof. Ramesh Kumar Mishra, Head of the  Center for Neural and Cognitive Sciences, UoH and the conference’s convener, introduced the symposium’s themes and objectives. He informed the audience that the purpose of the conference was to introduce students to new research topics and to encourage existing research by adding new perspectives. He stated that he anticipates many exchanges from various disciplines and emphasized the importance of understanding consciousness. 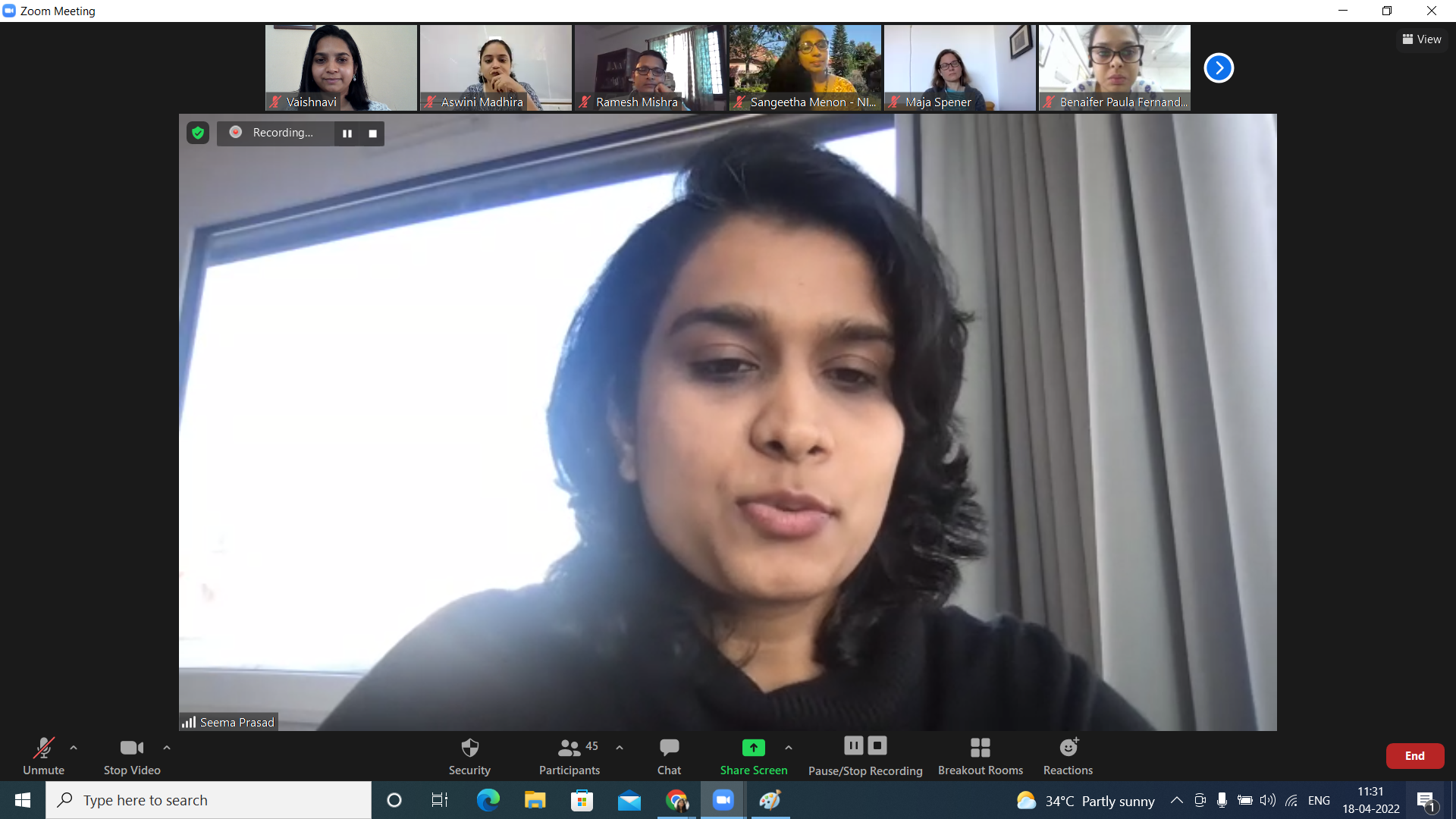 Dr. Seema Prasad, Humboldt Postdoctoral Fellow, TU Dresden, who played a key role in organizing the Symposium and also served as the moderator for the two-day event, gave a brief overview of how the event will be run. “Because we had to accommodate speakers from different time zones, the talks had to be scheduled even after the working hours according to the IST”. She explained how the conference was designed to expand on students’ knowledge. Additionally, all of the speakers were asked to pitch their topics at an introductory level for the same reason. She urged the students to listen to all of the talks with an open mind and not to give up on anything that seemed difficult to grasp.

Dr. Naryanan Sreenivisan, Professor and Head of the Department of Cognitive Science at the Indian Institute of Technology-Kanpur, discussed key challenges in the field of consciousness research. He also emphasized the importance of viewing consciousness and cognitive sciences through various lenses and praised the department’s efforts to coordinate a multidisciplinary conference that would aid in the development of cognitive research areas. 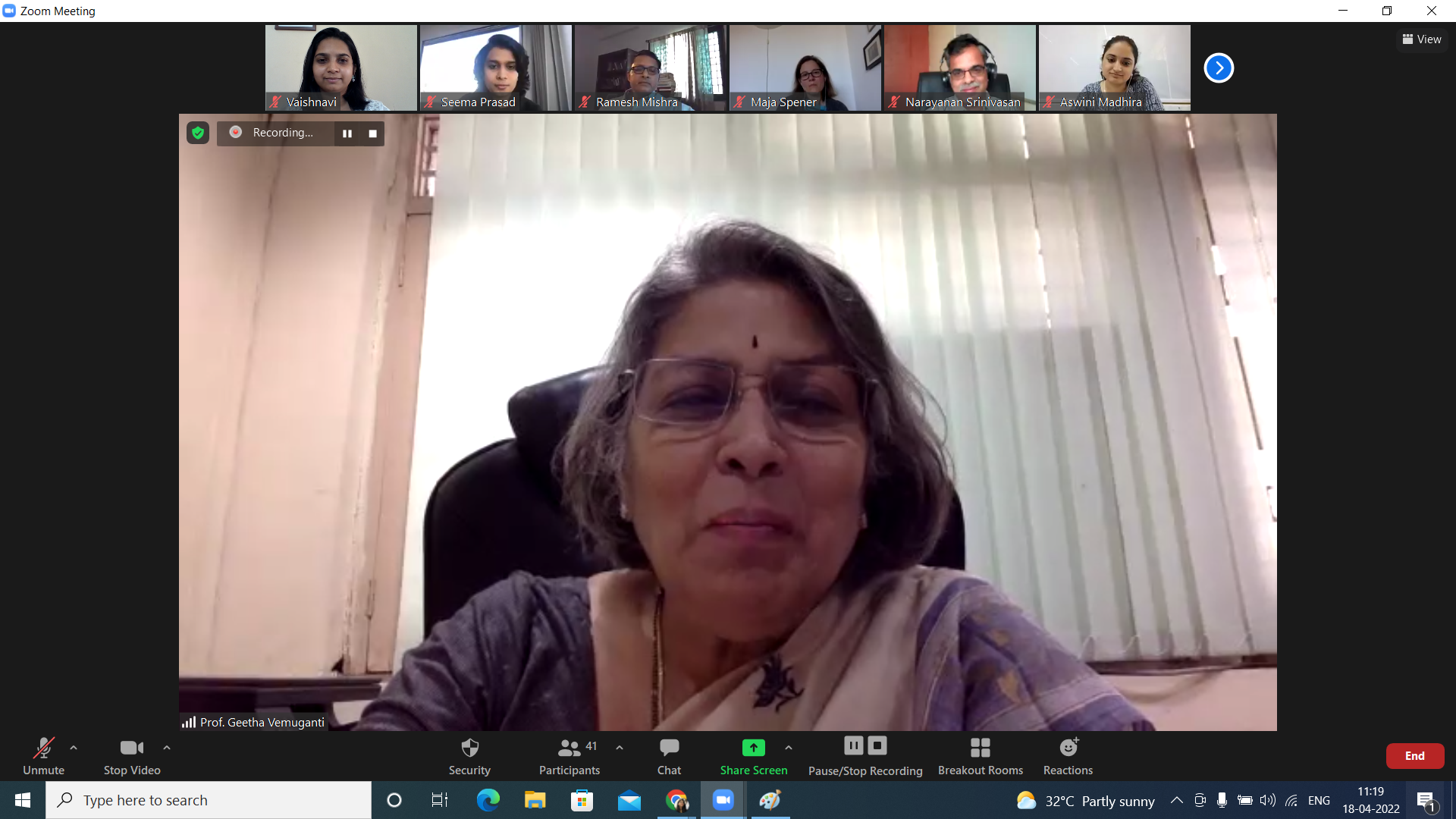 Prof. Dr. Geetha Vemuganti, Dean, School of Medical Sciences, addressed the audience, reiterating that the days of independent studies are over, and that interdisciplinary collaboration is the only way to advance learning and knowledge. She went on to say that she was astounded by the topics proposed by the conference speakers, which she believes will aid in bridging the gap between form and function in cognitive functioning. She also stated that, despite the fact that the School of Medical Sciences is the university’s newest school, it is very active and invests a great deal of time and effort in various ways to understand and broaden the horizons of knowledge and understanding of cognitive sciences.

Organizers Vaishnavi Mohite and Aswini Madhira, Ph.D. students in Dr. Ramesh Mishra’s lab at the University of Hyderabad thanked the department for hosting the conferences, which gave participants an opportunity to network and learn about current research. Vaishnavi also mentioned that students who are just starting their academic careers find it difficult to translate general questions and inquiries into academic research and that such conferences will aid them in learning the research language. 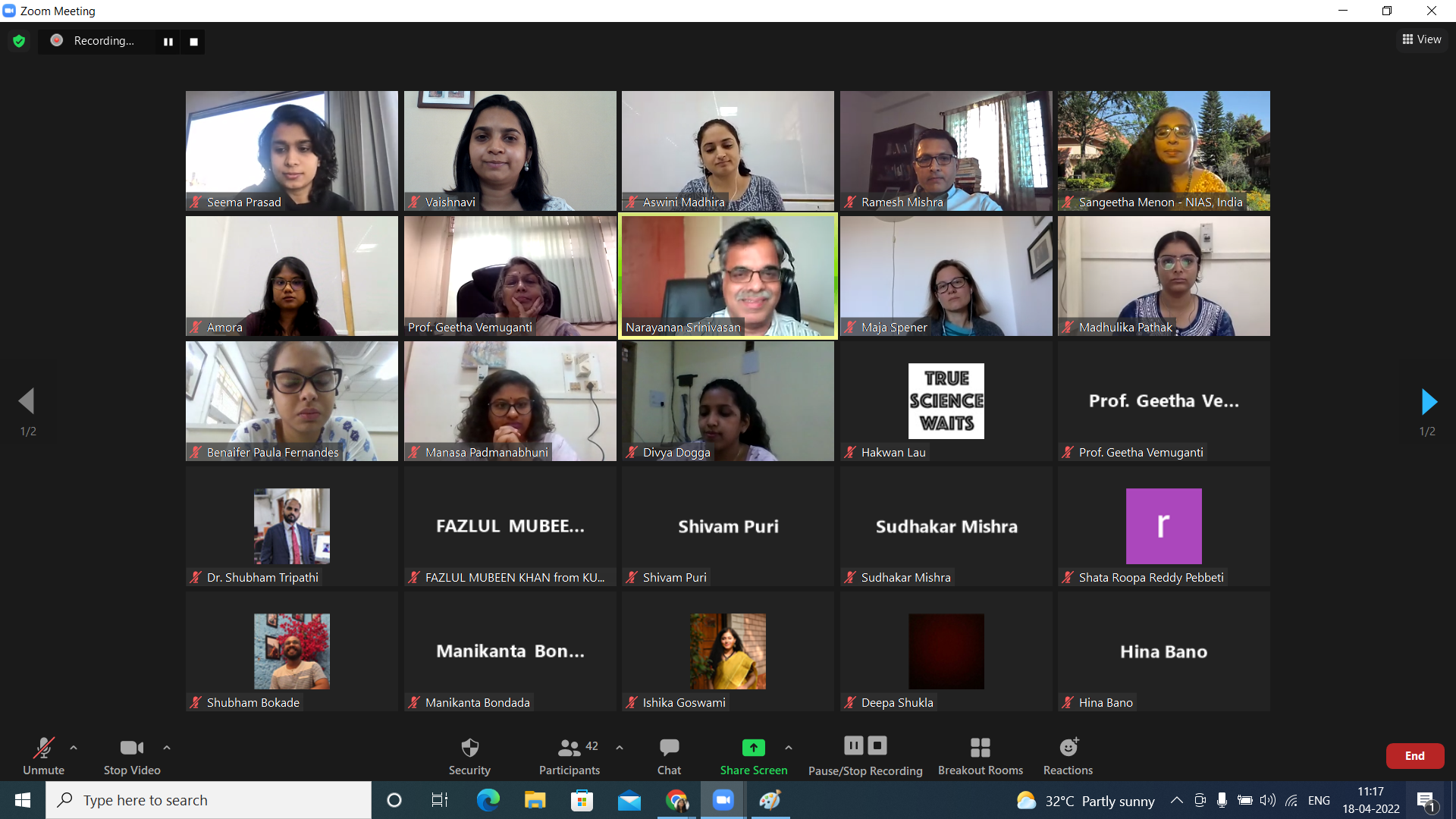 The speakers who addressed the two-day conference are as follows:

·         Maja Spener, University of Birmingham-Subjective measures of consciousness and the reliability of introspection

·         Olivia Gosseries, University of Liege-Clinical and Neuroscientific Lessons from Coma and Related States