A book titled Critical Discourse in Telugu edited by Prof. K. Suneetha Rani, Professor at the Centre for Women’s Studies, University of Hyderabad has been published by Routledge. The global edition was released on 30th November 2021 while the South Asian version will be released in early 2022. 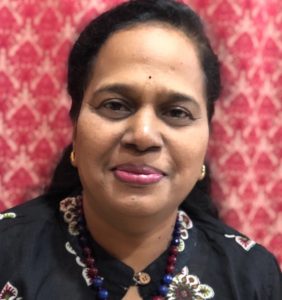 This volume forms a part of the Critical Discourses in South Asia series which deals with schools, movements and discursive practices in major South Asian languages. It offers crucial insights into the making of Telugu literature and its critical tradition across over a century. The book brings together English translation of major writings of influential figures dealing with literary criticism and theory, aesthetic and performative traditions, re-interpretations of primary concepts, categories and interactions in Telugu. It presents 32 key texts in literary and cultural studies representing thoughts, debates, signposts and interfaces on important trends in critical discourse in the Telugu region from the middle of the 19th to the end of the 20th century, with nearly all translated by experts for the first time into English. The volume covers a wide array of themes, ranging from a text by Kandukuri Veeresalingam on women’s education to Challapalli Swaroopa Rani on new readings of the oral literature of the marginalised communities. These radical essays explore the interconnectedness of the socio-cultural and historical developments in the colonial and post-independence period in the Telugu region. They discuss themes such as integrative aesthetic visions; poetic and literary forms; modernism; imagination; power structures and social struggles; ideological values; cultural renovations; and collaborations and subversions. 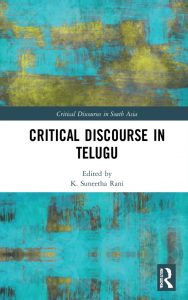 Comprehensive and authoritative, this volume offers an overview of the history of critical thought in Telugu literature in South Asia. It will be essential for scholars and researchers of Telugu language and literature, literary criticism, literary theory, comparative literature, Indian literature, cultural studies, art and aesthetics, performance studies, history, sociology, regional studies and South Asian studies. It will also interest the Telugu-speaking diaspora and those working on the intellectual history of Telugu and conservation of languages and culture.

Prof. K. Suneetha Rani of Centre for Women’s Studies has extensively published research articles, books and translations in English and Telugu. Her full-length publications in English include Australian Aboriginal Women’s Autobiographies: A Critical Study (2006), Flowering from the Soil: Dalit Women’s Writing from Telugu (Translation of Dalit women’s select writings from Telugu) (2012), English in the Dalit Context (co-editor) (2014), Vibhinna: Voices from Contemporary Telugu Writing ((co-editor) (2015), A House on the Outskirts and Other Stories (Translation of Devarakonda Balagangadhara Tilak’s select short fiction from Telugu)(2016), Influence of English on Indian Women Writers: Voices from the Regional Languages (2017), Identities and Assertions: Dalit Women’s Narratives (2017) and The Rock That Was Not (Translation of Githanjali’s select short fiction from Telugu) (2019).