Deepika Ratan, a PhD Research Scholar working under the guidance of Prof Vinod Pavarala at the Department of Communication, University of Hyderabad has been awarded the ‘UCF/IAMCR Urban Communication Research Grant Honorary Mention for 2021’ for her project: “Role of Communication in Production of Space: An ethnographic study of a working class migrant community in Hyderabad, India” 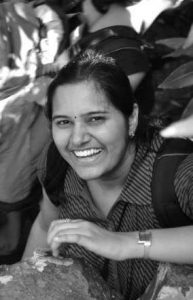 Her proposal foregrounds Henri Lefebvre’s The Production of Space to understand the role of communication in the processes employed by a working class Odiya (people of eastern Indian state, Odisha) migrant community for producing and negotiating space in an urban setting.

The work done by her will contribute to understanding the dynamics between migrant communities and the cities they move to, by highlighting the phenomenological aspect of production and negotiation of spaces that manifest themselves in a range of, sometimes subtle, communicative forms.

This study is an on-going doctoral research project which seeks to examine the complicated, yet intertwined, relationship between migration, communication, and the production of space in an urban landscape.