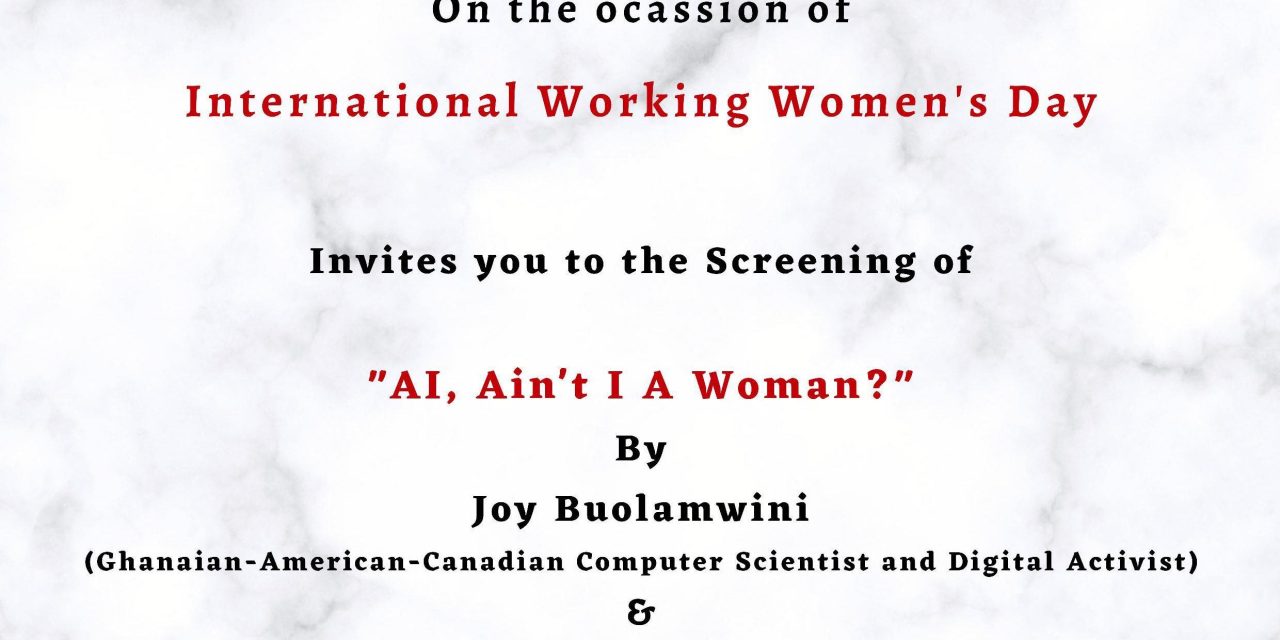 On the occasion of International Working Women’s Day, 8th March, 2022, the Centre for Women’s Studies, University of Hyderabad, organized the screening of “AI, Ain’t I A Woman?” by Ghanaian-American-Canadian computer scientist and digital activist, Joy Buolamwini. It was followed with a discussion opened by Dr. Anupama Potluri, faculty, School of Computer Sciences, University of Hyderabad titled “Digital Embodiment: Codes of (Mis)Recognition”.  This event was attended by faculty, students and scholars from the Centre as well as ones from different departments from the University, and from outside. Dr. Deepa Sreenivas, faculty from the Centre inaugurated the event with a concise history of the International Working Women’s Day and its relevance in the contemporary times. 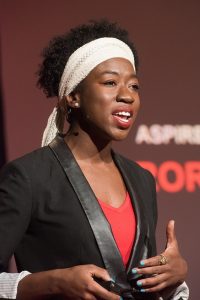 Joy Buolamwini’s short “spoken word piece” takes inspiration from a speech titled “Ain’t I A Woman?” delivered at the Women’s Convention in Akron, Ohio by abolitionist and women’s rights activist Sojourner Truth in 1851, setting it up in a contemporary society enthralled by technological innovations such as Artificial Intelligence (AI) and facial recognition systems. She narrates about how influential Ida B. Wells, Shirley Chisholm, Michelle Obama, Oprah Winfrey and Serena Williams have been for the younger generation of women of colour in various fields of works. However, algorithmic biases in AI misrecognize the gender identities of these inspirational and strong women as men, often misidentifying their hair as caps, or sometimes not being able to recognize their faces at all. As the 21st century is witnessing a proliferation of technological advancements, Joy Buolamwini asks a powerful question to AI, “Ain’t I A Woman?” The fundamental focus of her work is on who creates data sets, and how to create inclusive codes, which can be achieved by engaging data scientists belonging from diverse racial and ethnic backgrounds such that the possibility of algorithmic or coded bias is reduced.

This strand of algorithmic or coded bias was picked up by Dr. Potluri in her discussion following the screening. She talked about different kinds of biases – sampling, measurement, label, negative, bias in problem definition and algorithmic bias. She also focused on the capitalist bias which forms the basis of all other biases, by trapping people in a web of consumerist networks. Certain serious instances of gender and racist bias in AI algorithms such as the inability to recognize non-white faces were highlighted in this discussion as well.

Prof. Suneetha Rani, the Head of the Centre then intervened with her critical remarks on the questions raised by Sojourner Truth in her speech “Ain’t I A Woman?” In the discussion that followed, several important questions were raised: the surveillance capacities of AI used by the state to incriminate people from minority and marginalized groups; biases creep in data sets through people who make them and so on. The racist and gender bias of coding was further extended to the realms of sexual identities and ableism through the politics of digital recognition and erasure with regard to certain bodies.

In the current socio-political scenario, a further probe into these kinds of engagements remains of crucial importance, which needs to be further reflected through our curriculum.  The event was anchored by Debomita Mukherjee, Ph.D. Scholar at the Centre for Women’s Studies.