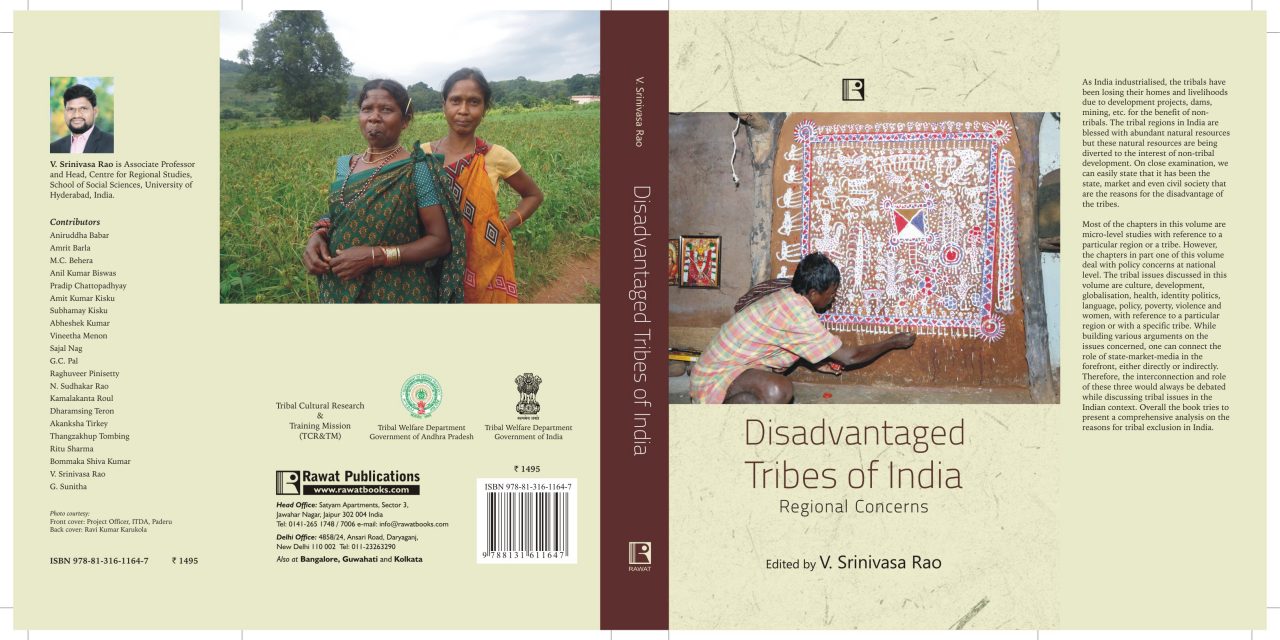 This book is an edited volume with 19 chapters under four different thematic heads. This is the 1st book of 4 books as an outcome of the national seminar on “Tribal Policies and Programmes in India: Regional Reflections in the Context of Globalisation” with the financial assistance from TCR&TM, Tribal Welfare Department, Govt. of Andhra Pradesh and Govt. of India. The book will be released by the Government of Andhra Pradesh on 9 August 2020 during World Indigenous Day. The other three books as an outcome of the seminar are in the process of publication. 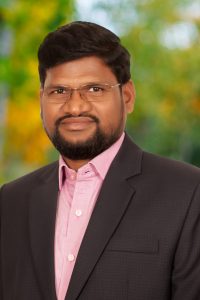 Srinivasa Rao is Associate Professor and Head in Centre for Regional Studies, School of Social Sciences, University of Hyderabad. He previously worked in the Centre for the Study of Social Exclusion and Inclusive Policy (CSSEIP) in University of Hyderabad (2009–2017) and Maulana Azad National Urdu University (2007–2009). Before he joined the teaching and research field in the university system, he worked in CARE-India (2002–2007) on the issues such as education, health, food security, and livelihood in the tribal areas of Northern Andhra Pradesh in a project called ‘Sustainable Tribal Empowerment Project’ funded by the European Union (EU). He edited the book entitled Adivasi Rights and Exclusion in India (2019), published by Routledge, London. He also authored two books out of which one is published by the Indian Council of Social Science Research (ICSSR), New Delhi. He has published his research findings in peer-reviewed journals, such as Economic and Political Weekly, Journal of Educational Planning and Administration, and Indian Journal of Public Administration.

As India industrialised, the tribals have been losing their homes and livelihoods due to development projects, dams, mining, etc. for the benefit of non-tribals. The tribal regions in India are blessed with abundant natural resources but these natural resources are being diverted to the interest of non-tribal development. On close examination, we can easily state that it has been the state, market and even civil society that are the reasons for the disadvantage of the tribes.

Most of the chapters in this volume are micro-level studies with reference to a particular region or a tribe. However, the chapters in part one of this volume deal with policy concerns at national level. The tribal issues discussed in this volume are culture, development, globalisation, health, identity politics, language, policy, poverty, violence and women, with reference to a particular region or with a specific tribe. While building various arguments on the issues concerned, one can connect the role of state-market-media in the forefront, either directly or indirectly. Therefore, the interconnection and role of these three would always be debated while discussing tribal issues in the Indian context. Overall the book tries to present a comprehensive analysis on the reasons for tribal exclusion in India.

1. An Anthropological Reading of Fiction Writings: Reflections on Tribal Policy in Globalisation Context

4. Is ‘Language and Identity’ a Shibboleth? Lessons from Tribal Situation of North-East

5. March against Intercultural Marriage among the Tribes of North-East: A Critical Legal Study of the Mizo and Khasi Tribes

Region and Religion: Exclusion or Inclusion?

1. Quest for a Karbi Homeland: Memory, History, and Politics

2. The Echoes of a Rumbling of the Children of Mt. Saramati: An Investigation into Non-secessionist Regionalism and the Quest for Frontier Nagaland

3. Poverty and Communal Violence in Tribal India: The Case Study of Kandhamal, Odisha

4. Is Identity Politics a Strategy of Reclaiming Cultural Identity? An Empirical Research among an Indigenous Community of Southern West Bengal

1. Development and Threats in Tribal Areas in the Name of Globalisation: Who are We if not Tribes?

2.Impact of Development on PVTGs in India: A Case Study of Toto Tribe in West Bengal

3. Impact of Globalisation on Tribal Women: A Study in Andhra Pradesh

4.Impact of Globalisation on Tribes in Telangana: A Study among Lambadas

5. Globalisation and Ethnic Women in North-East India: With Special Reference to Deori Community

6. Impact of Globalisation on Indigenous Tribes in Rural Odisha: A Study of Tribal Health and Environment