Dr Y V Reddy, former Governor RBI and Chairman of Fourteenth Finance Commission, delivered a special lecture titled “Current Policy Issues in India: Some reflections” at School of Economics, University of Hyderabad (UoH). This lecture was delivered as an inaugural speech on 3rd August at the 21st Biennial Conference of Association of Indian Economic and Financial Studies (AIEFS), 2015.

The former governor of RBI discussed the limitations in the effectiveness of monetary policy and emphasized on having institutional cooperation and trust between the government and RBI in overall macroeconomic management. Dr Reddy also accented on the manner and mechanism of implementation of monetary policy in public domain, expressing the need for a larger debate over the constitution of monetary policy committee. On the issue of separating the public debt management office from the RBI, to quote Dr Reddy “owners should not borrow from their banks in principle”. He also suggested that if the two bodies are to be separated in future, it is crucial that public debt to be managed, and not fixed by the government.

The two-day conference has participation of distinguished scholars and researchers from across the globe working in Economics and Finance areas with focus on the Indian economy and will facilitate exchange of useful research insights for academicians, professionals and policy makers. The conference will see presentations and lectures on critical research insights on contemporary issues concerned with the Indian Economy and finance in general and in areas such as growth, socio-economic challenges, trade, banking, financial markets and Indian corporate sector etc in particular.

Youth must work to develop Cultural Relations between Countries: Ambassador of Mexico 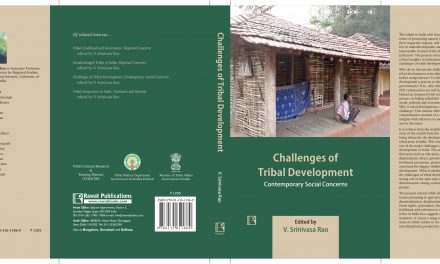