Ethnic hostility in India: A threat to Social Inclusion

The Centre for Study of Social Exclusion &Inclusive Policy (CSSEIP) at the University of Hyderabad (UoH) in collaboration with Centre for Human Security Studies has organised a panel discussion on the theme “Ethnic hostility in India: A Threat to Social Inclusion”.

While welcoming the panelists, Dr. Sreepati Ramudu, head of the centre, explained the objectives of the panel discussion. He said ethnic hostility refers to feelings and acts of prejudice against an ethnic community in various forms and degrees which poses a threat to peaceful coexistence in a society. He said in order to have an inclusive social order we need to enrich our understanding over the ethnic problems and develop a perspective to deal with.

The session was chaired by Prof. N. Sudhakara Rao, faculty in the department of Anthropology at UoH, who stated that ethnic problems are not confined to India but spread over Europe, US, Africa and other countries. He stressed the need for an academic engagement with the developments in the post-globalised world where incidents of discrimination based on racial differences need to be prevented.

Mr. K. Padmanabhaiah, the former Home Secretary, while drawing mostly upon the experience of North East India, felt that in the initial stages the Union government has focussed mainly on the issues of law and order in the region. But today it has been focussing on the development of the region by involving the local communities which was a welcome step. In this connection he referred to the Look East policy of the Govt of India. He maintained that the incident that had taken place in Delhi is not to be seen as ethnic hostility but as part of the problems of adjustments which are temporal in nature.

Mr K C Reddy, the former UN security adviser felt that the recent Delhi incidents which include the killing of Nido Tania have to be seen from the disadvantaged experience by the North East members which has potential to produce ripples and backlashes in the North East. He attributed the recent Delhi riots to cultural misunderstandings and apprehensions as well as the inadequate cultural, social, political and economic integration.

Prof. R V R Chandrasekhara Rao, first Dean of Social Sciences at UoH and former VC of Dr. B R Ambedkar Open University argued that one should go beyond the binaries of exclusion and inclusion to understand human relations. He said we need to develop a humanitarian approach to the issues of the marginalised sections.

The three presentations were followed by an insightful discussion with the students. The panel discussion concluded with vote of thanks proposed by Dr. Kanneganti Ramesh Babu, founder Director, Centre for Human Security Studies at Hyderabad. 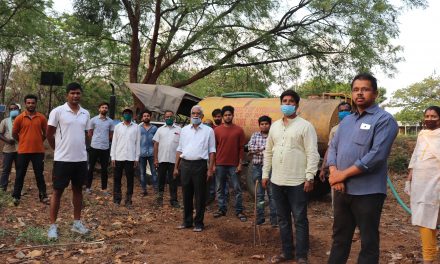 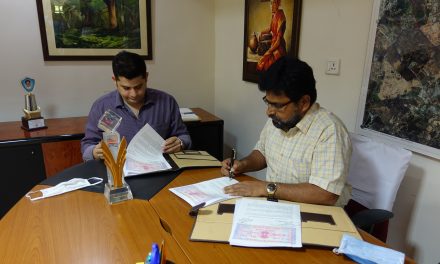