Dr. Kirin Narayan, Professor, School of Culture, History and Language, ANU College of Asia and the Pacific in Australia delivered a Distinguished Lecture on 26th September 2013 titled, ‘Everyday Creativity and Well-Being: Women’s Sung Mythology in Kangra’ at the C V Raman Auditorium at University of Hyderabad (UoH). The S N School of Arts & Communication and School of Social Sciences together organized this lecture.

Dr. Kirin who is a Professor of Anthropology in her lecture said that in Kangra, Himachal Pradesh—as in much of India–songs have been traditionally chorused by groups of female relatives and neighbors to bring good fortune to rituals and celebratory events. In the course of researching songs, I became interested in the women who led other singers at these collective sessions and their reflections on how the practice of singing nurtured and brightened their own lives, she added.

Dr. Kirin’s said that her research is organized around a recurring coda in many mythological songs in Kangra, promising fruits for singing and listening at different stages of women’s lives. Reading this coda as also a possible commentary on creative expression, she explored the ways that singers speak about the focused self-cultivation, playful possibility, imaginative space and sociality opened out through shared songs. Dr. Kirin said that such creativity can emerge in activities that might appear expected and routine, and yet in being idiosyncratically and imaginatively appropriated can enhance well-being.

Kirin Narayan received her Ph.D. (1987) at the University of California with Professor Alan Dundes as her advisor. She is the author of Storytellers, Saints and Scoundrels: Folk Narrative in Hindu Religious Teaching (1989) winner of the 1990 Victor Turner Prize for Ethnographic Writing and co-winner of the Elsie Clews Parsons Prize for Folklore; Mondays on the Dark Night of the Moon: Himalayan Foothill Folktales (1997) in collaboration with Urmila Devi Sood, a Kangra storyteller; Love Stars and All That (1994), a novel and academic comedy; My Family and Other Saints (2007) a family memoir of cross-cultural spiritual quests;  and Alive in the Writing: Crafting Ethnography in the Company of Chekhov (2012) that seeks to provide inspiration for writers of ethnography and creative nonfiction. 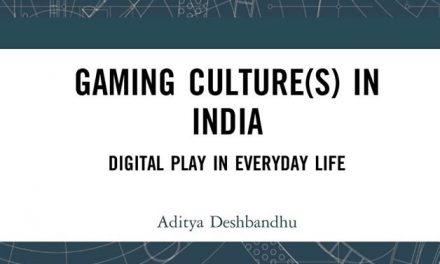