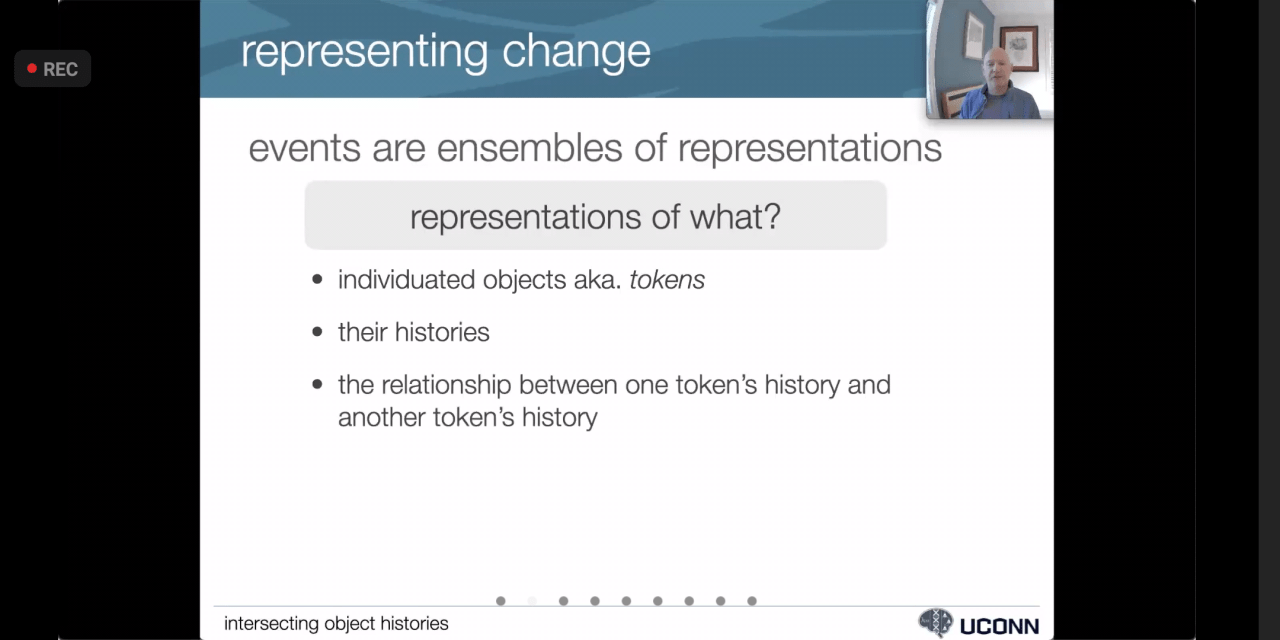 The Centre for Neural and Cognitive Sciences, University of Hyderabad (UoH) organized a lecture on “Finding Event Structure in Time: Theoretical, Behavioral, Computational Perspectives” on November 25, 2020, under “The CogTalk”, a distinguished speaker series on frontiers in cognitive science.

The speaker of the lecture, Professor Gerry Altmann was born in Oxford, United Kingdom. His first degree was awarded in 1981, from the Laboratory of Experimental Psychology at the University of Sussex This was followed by a Ph.D. at the University of Edinburgh in Artificial Intelligence, investigating theoretical and behaviors approaches to human sentence processing and the influence of context on syntactic ambiguity resolution. He is one of the handful of living psychologists whose portrait is in the permanent collection of the National Portrait Gallery in London.

Gerry Altmann began the talk by dividing it into three different parts: theoretical, behaviour and computational perspectives. “Event happens when something changes its state overtime. For example,” he showed a picture of British Chef Gordon Ramsay chopping onions and explained, “in the process of chopping down of the onions there is a changing state: first its intact in its original state, then it’s peeled off and lastly it is chopped.”

He continued, “Now the question is why care about tracking these changes? This is where cognition comes into the picture. The ability to internally represent the external world , the ability to encode types of things and to instantiate actual things or tokens.”

The second segment was about behavioral perspective. “It is important to activate the events and events are ensembles of representation. Representation of initial and resultant states of an object need to be simultaneously active to comprehend an event. It also includes the relationship between one token’s history and another token’s history. Now, how do we do tokens? We attribute meaning on the basis of systematic associations across our experience. We generate token representations on the basis of the non-systematic associations across our experience,” he added.

Summarizing the talk he said, “Events are when trajectories collide. Event comprehension includes the encoding, updating, and retrieval of intersecting object histories, that is, trajectories of token states (and changes in state) extending from the past into the future. Event representations: a part of the dynamical representation of tokens and their trajectories through feature space, physical state and time.”

Answering to Prof Ramesh’s question towards the end of the lecture, Altmann said, “Many of us choose psycholinguistics because we feel language sets us apart. But for me, controversially, language is no special thing. It is as normal as the cable that goes over our head in the streets. It’s about the encoding at each end of the cable that matters the most, the dynamics of transmission of signals that matters.”