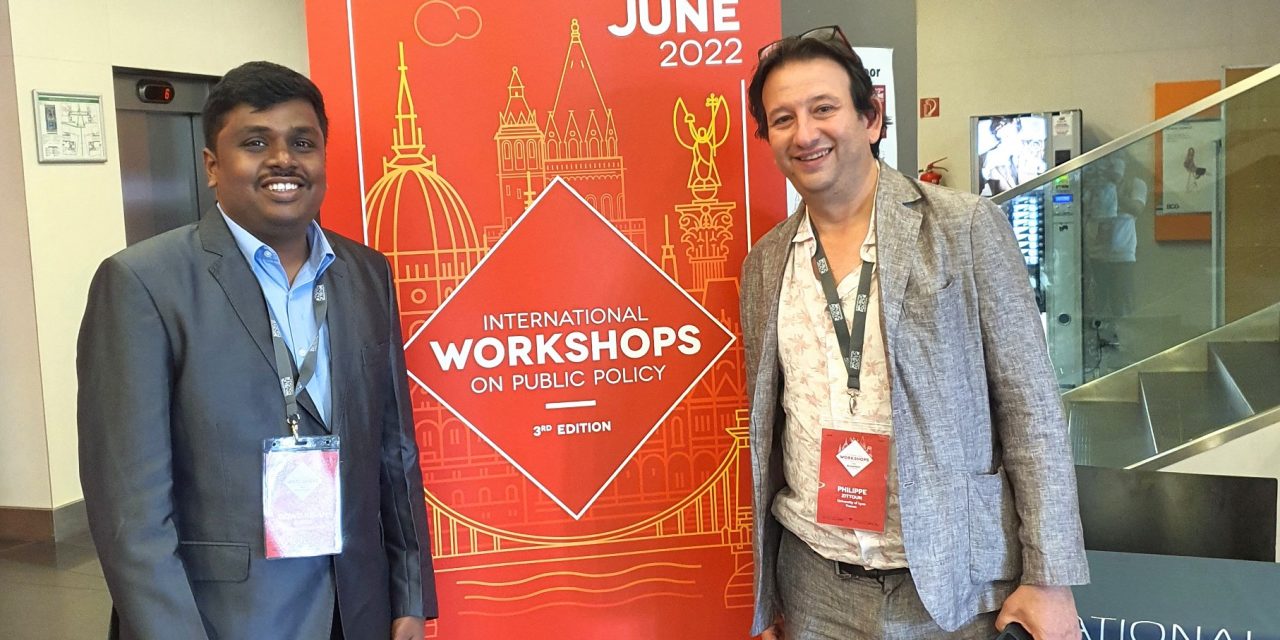 Mr. G. Kiran Kumar, PhD scholar of the Department of Political Science and currently working under Prof. Arun Kumar Patnaik, has presented a paper in the International Workshop on Public Policy organized by the International Public Policy Association (IPPA) at Budapest, Hungary. The workshop was jointly partnered by the Center for Social Science and Corvinus University, Hungary. The workshop had 345 registered participants divided into 24 hybrid workshops with 224 participating on-site and 121 online, all coming from 56 different countries. The research on policy design and making, policy formulation, implementation, evaluation, policy learning, policy success and failure, innovations and evidence based policy making were intensively discussed and deliberated in the 24 different panels. Mr. Kiran received the IPPA Grant, the grant covered the registration fee and covered all expenses during his stay in Hungary. 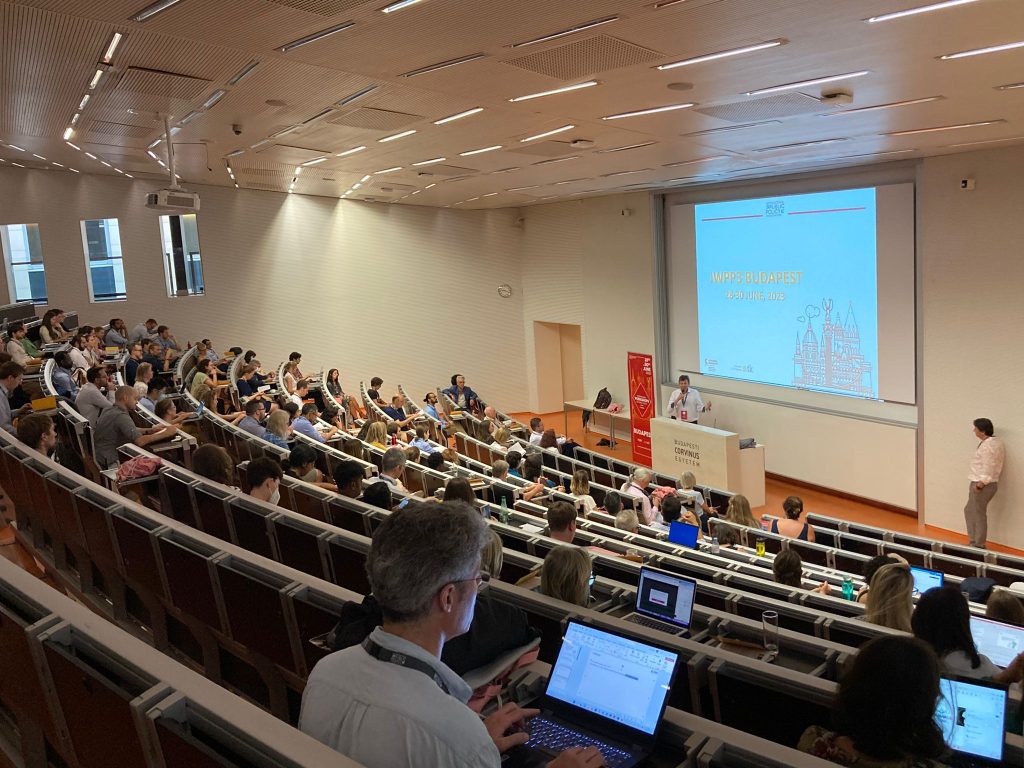 Mr. Kiran presented the paper titled “Food Security and Global South: Policy learnings from the Indian Food Security Policy” in the panel “Policy Implementation in the Global South” chaired by Lorena Torres Bernardino and co-chaired by Karol Fayolle Cortes and Amal Ennabih from Institut d’Etudes Politiques,  Sciences Po, Lyon, France. The workshop panel was attended by nearly 15 scholars from Brazil, Bangladesh, Chile, Ecuador, India, Morocco, Spain, South Africa and Pakistan and was considered to be the most diverse panel of the workshop.

The paper is divided into two parts, first part of the paper concentrates on the implementation of the food security policies in the Global South countries and second part highlights the policy learnings from the India food security. The Global South plays a crucial role in achieving the Sustainable Development Goals (SDGs) and especially SDG2, the goal of Zero Hunger by 2030. The efforts of the Global South countries are drastically impacted due to the COVID19 pandemic. The Food and Agriculture Organisation (FAO) cautioned the world that about 790-820 million are suffering from and about 200 million will be in India. The FAO considered global hunger as an ‘immense’ global challenge.’ The paper compared the various food security policies of nearly 12 countries classified under the four security models. The models were developed by the scholar in 2017. The countries were compared on the indicators of the Global Food Security Index – Affordability, Availability, Quality and Safety and Natural Resources and Resilience. The comparative policy analysis is used as the methodology to understand the key policy learnings for making public policies more effective and efficient. 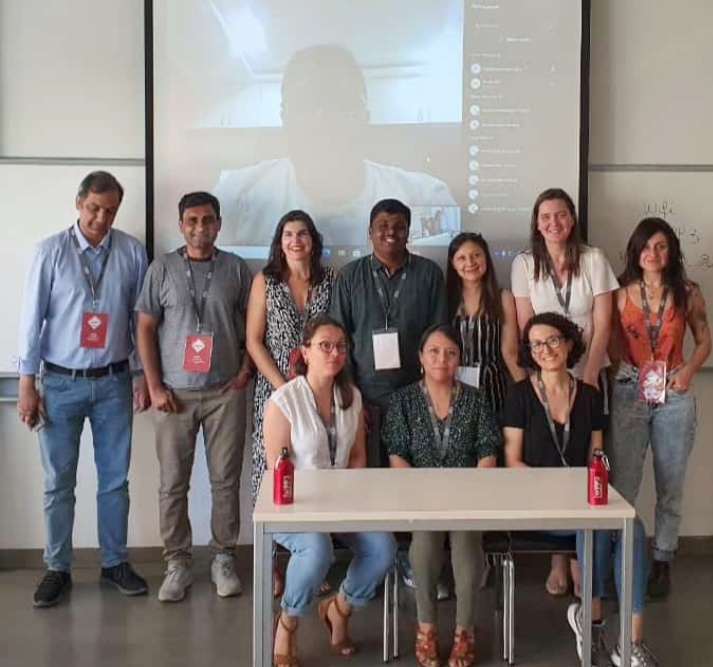 The paper highlighted the efforts of India to reduce the hunger numbers through various policies like the Public Distribution System (PDS) and efforts during the COVID19 pandemic through the Pradhan Mantri Garib Kalyan Anna Yojana, Atma Nirbar Bharat and liberalizing the Open Market Sales Scheme have analyzed from the policy learning framework. The Public Distribution System is still facing the exclusion and inclusion errors in spite of implementing technological innovations like Aadhar seeding, and keeping the real time information in public domain. The paper critically analyzed the PDS implementation in Chhattisgarh and Telangana states based on the field work. 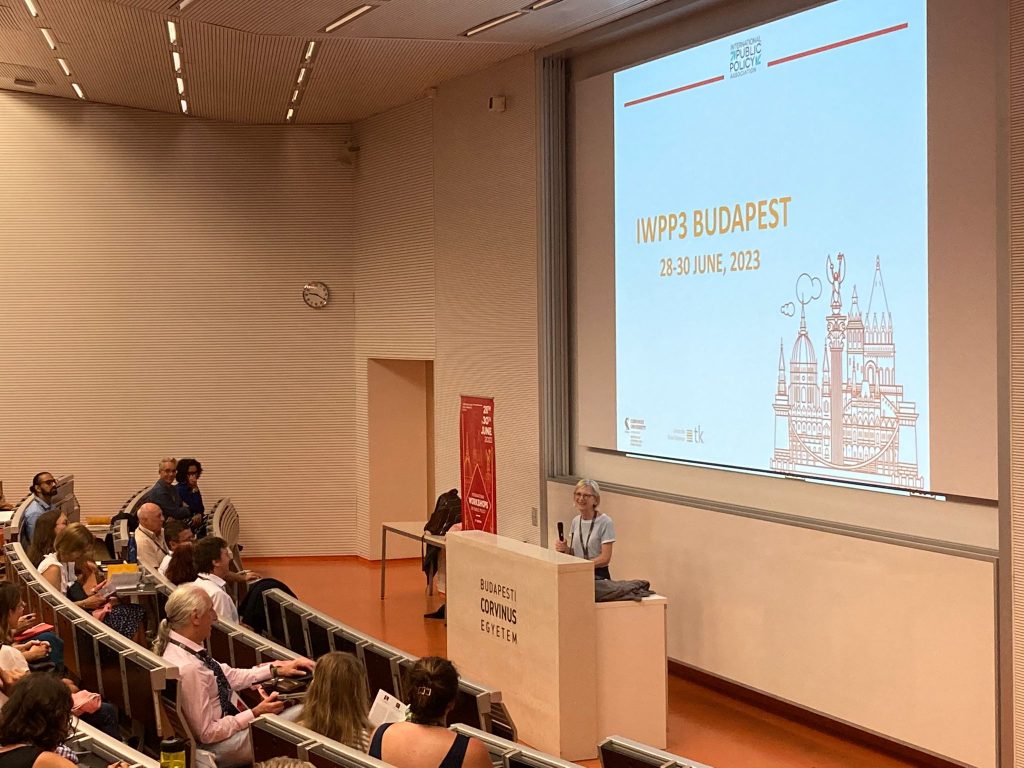 The discussions and suggestions from the scholars working in different countries will give insightful inputs for making the paper published in the impactful journal. The participants of the panel also stressed on the need to start the Global South Network of Young Scholars working in the domain of public policy and governance.