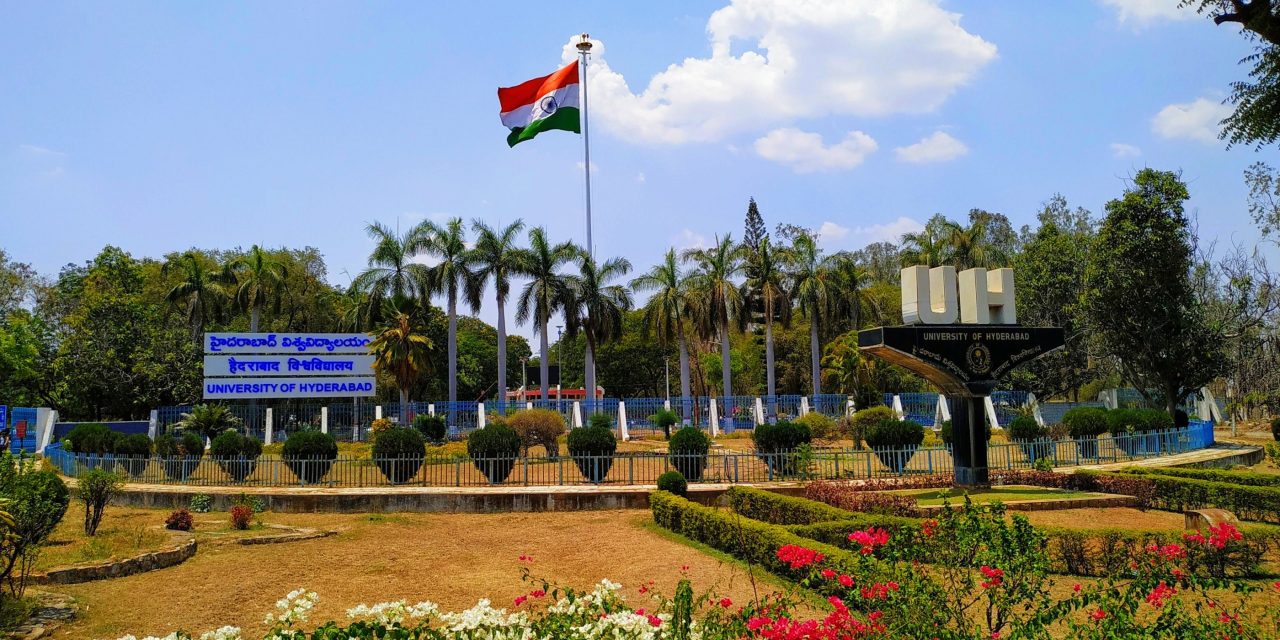 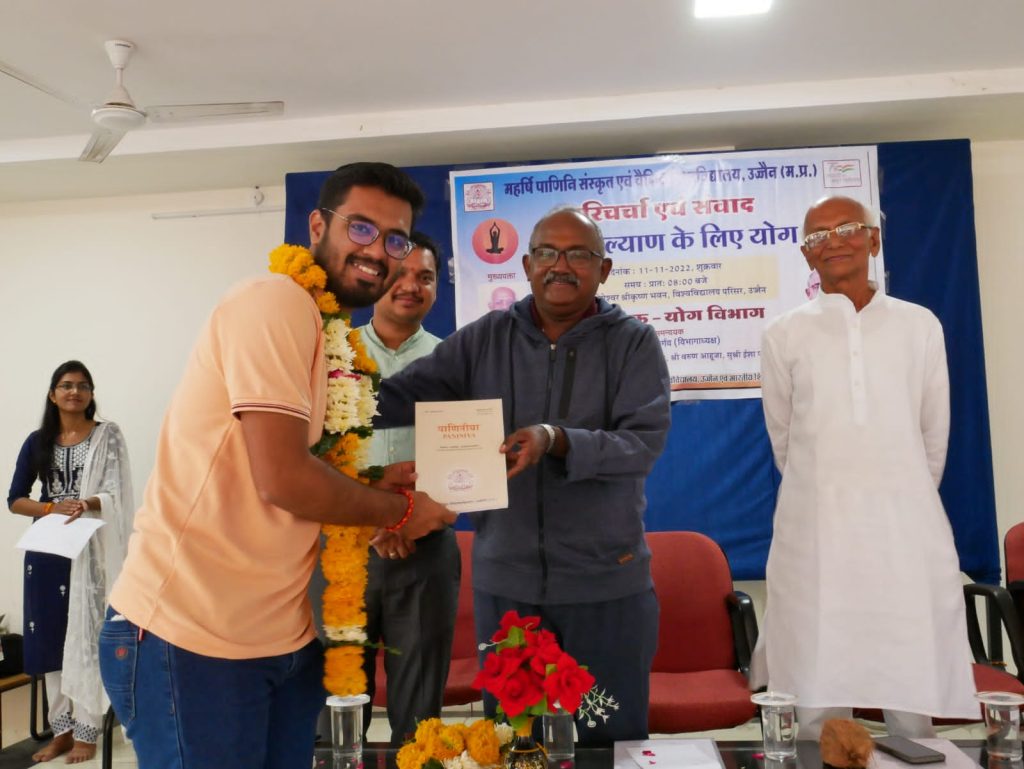 The debate competition was held on 8-11-2022 on the topic given by the committee was ‘कालिदास काव्येषु राजवैभववर्णनम् । संदृश्यते यथा स्पष्टं न तथा लोकजीवनम्‘ (The way Kings and Kingdoms are narrated in Kalidasa’s works, narrations about lifestyle of commmon man are not seen). Several students had participated from Universities across India. Himanshu spoke in the Sanskrit debate against the topic and was awarded a sillver medal with a certificate.

Also, he has presented a research paper titled ‘Philosophical doctrines in Kumarasambhavam’ which was well received by the scholarly audience.

Also, Ms SK Abhirami, Mr Apu Naskar, other PG students of the department have participated in the samaroha and presented a joint research paper with Himanshu. 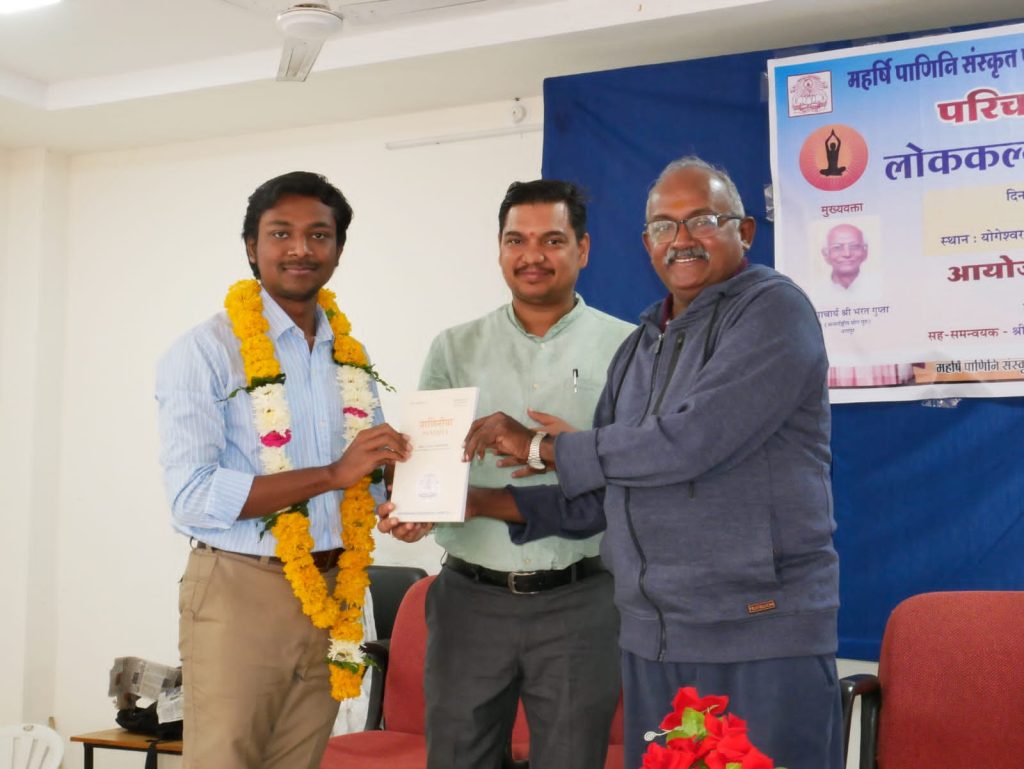 Ms. Shubhashree Patel a research scholar and Ms. Maria Elisabeth Bakker an international student from SIP had represented the university and participated in research paper session. 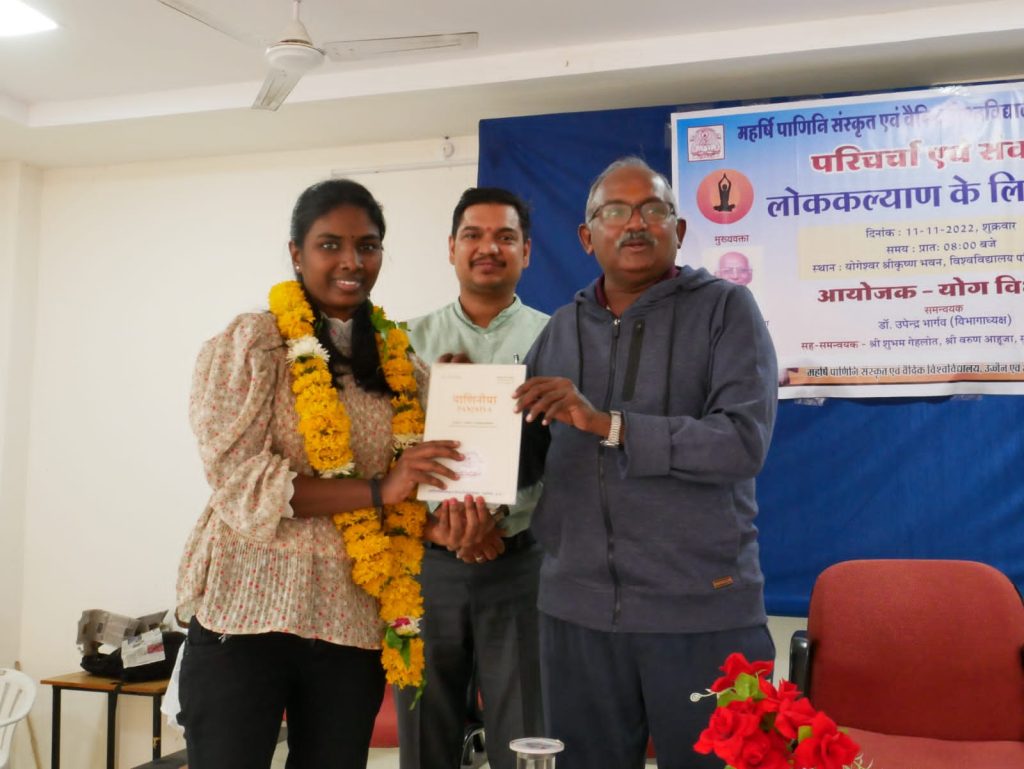 There were several research paper presentations split into three categories. Ms Maria Elisabeth Bakker recieved Vikram Kalidasa Puraskara for her paper titled ‘Yogadarshananidhi in Kalidasas Raghuvanshm canto 1 under the 50+ age category.’  Ms. Abhirami had presented Bakker’s paper on her behalf. Selecting a foreign scholar for this prestigious award has happened for the first time in the history of the Kalidasa Samaroha.

Interestingly, it was for the first time the department had deputed the students for this participation! 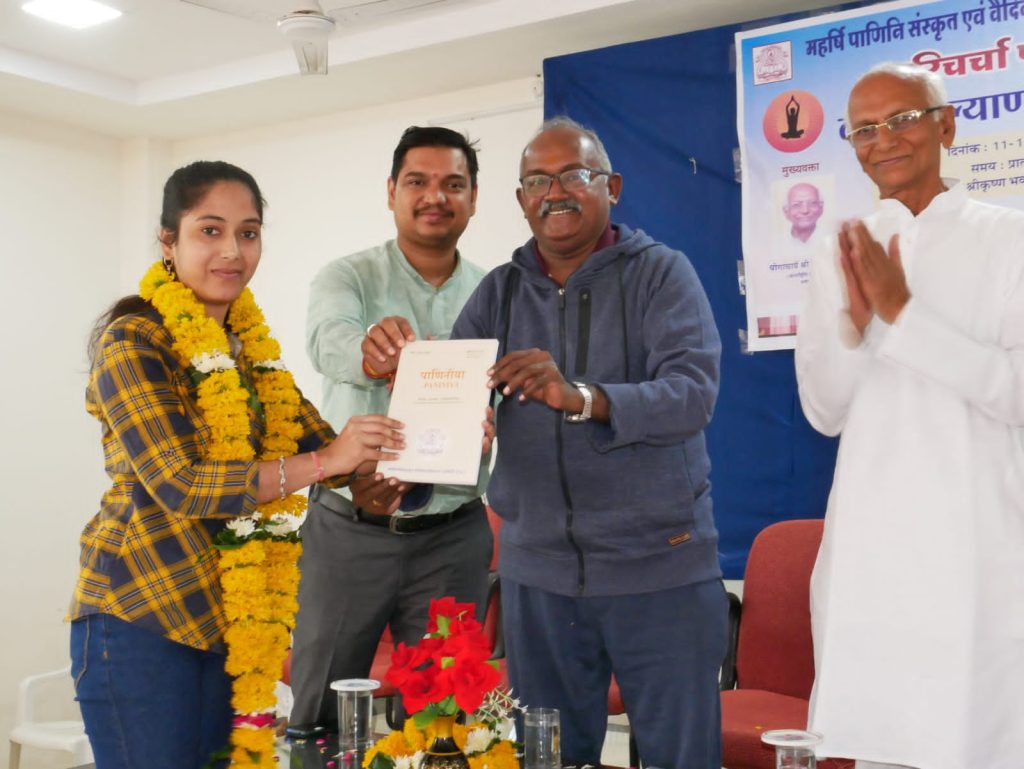 Recognizing the achievement of students of the University of Hyderabad, Prof. CG Vijayakumar, Vice Chancellor of Maharshi Panini Samskrit Evam Vedic Vishwavidyalaya, Ujjain, invited all students and felicitated them with mementos.

The Head, Faculty members, other students and staff have congratulated the prize winners for glorifying the name of the Department and the University.