Prof. Atul Negi, Professor at the School of Computer and Information Sciences, University of Hyderabad has been selected for the Outstanding Volunteer Award by Institute of Electrical and Electronics Engineers-IEEE, Region 10 (R10). In recognition of Prof. Atul Negi’s outstanding contributions and services to IEEE Hyderabad Section and IEEE Region 10 he was selected for the award.

This was announced by Prof. Elmer Dadios, Chair of the R10 Awards and Recognition Committee (2019-2020) through an official communication from the IEEE Region 10 when the other awards and recognition were declared. Prof. Atul Negi is one amongst the three outstanding volunteers that are chosen from more than 90,000 professional members in R10. The Institute of Electrical and Electronics Engineers Inc. (New Jersey, USA) also abbreviated as IEEE has 400,000 members all over the world distributed over the 10 regions. Region 10 or R10 is a geographical region designated by IEEE and has a total membership of about 130,000 members which includes student members. 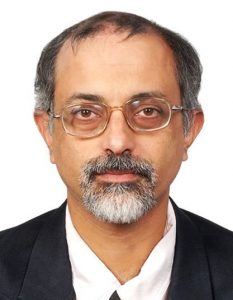 Dr. Atul Negi holds Ph.D. degree from the School of Computer and Information Sciences, University of Hyderabad. He also holds M.Sc (Engg.) degree from Department of Computer Science and Automation of the renowned  Indian Institute of Science, Bangalore. He graduated with distinction in Bachelor of Engineering from the course Electronics and Communication Engineering from Osmania University, Hyderabad in 1986.

He has been an active volunteer in IEEE Hyderabad Section since 1999. He has served as Chairman, IEEE Hyderabad Section during 2012-13. He served as Vice-Chair of Educational Activities in IEEE India Council during 2017-2018. He served in committees for IEEE  Region 10 TENSYMP Conferences during the years 2015, 2017. He was also  with important roles in IEEE Region 10 TENCON 2008, 2019. He also served with IEEE India Council Conferences  in IEEE Indicon 2011 and 2019.

Presently he is a mentor for start-up companies in business incubator at University of Hyderabad. His scientific and technical contributions in image processing in Telugu OCR and PCA, Distributed Systems, Internet of Things and other topics are well cited.