Four research scholars from Department of Theatre Arts, S N School of Arts and Communication, University of Hyderabad (UoH) have been selected by the International Federation for Theatre Research (IFTR) for the award of bursary to attend and present their papers in the Annual Conference of IFTR to be held at Stockholm, Sweden from June 13-17, 2016. The conference is organized by the Stockholm University in association with IFTR. Mr. Esunath Rathod, Mr. John Basheer, Mr. Sai Pattepu and Ms. Luxsnai Songsiengchai will be receiving an amount of € 820 from IFTR.

‘Performing Lamentation in a Nomadic community: A Study of the Dawalo ritual among the Banjaras in Telangana’, ‘Interface between the Sacred and the Secular: An Indian Experiment with Ibsen’s Peer Gynt’, ‘Gender Bending in Southern India: The curious case of Surabhi Theatre’ and ‘From the royal court to black box: Some Light on the Changing Aesthetics and Semiotics of Khon’ are the papers to be presented in the conference by Mr. Esunath Rathod, Mr. John Basheer, Mr. Sai Pattepu and Ms. Luxsnai Songsiengchai respectively.

IFTR (International Federation for Theatre Research) is the oldest international Theatre organisation established in 1957 having membership across the globe. IFTR 2015 conference was organised by Department of Theatre Arts, S.N. School Arts and Communication, University of Hyderabad from July 6th to 10th July 2015.

The Contemporary in the Vernacular Arts of India 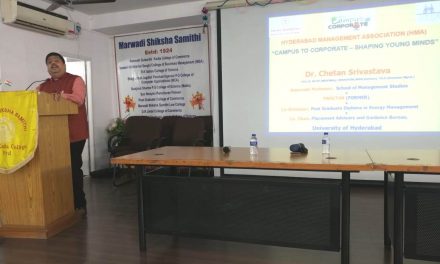