The University of Hyderabad (UoH) is delighted to announce the appointment of three Institution of Eminence (IoE) Research Chair Professors recently.

Selected by external experts, themselves highly distinguished academics and researchers, from the applications received from various Schools in the University, all three are already recognized world-wide for their pioneering and in all cases unique, research in their respective areas. By bringing them into the IoE project in this fashion, we expect to showcase high-impact research globally, which is one of the IoE aims. They will also be teaching in the University so that our students will learn at the hands of the best. The IoE project will benefit from their presence all-round. UoH expects to cautiously widen the pool of such Chair Professorships in the future, depending on its expansion plans, including infrastructure development and thrust areas.

Congratulating the Chair Professors and the UoH, Vice Chancellor and Chairman – IoE project, Prof Appa Rao Podile said, “we honour ourselves by appointing such luminaries to these special positions. We have already, as a University, gained from their incredible profiles, we expect to amplify this gain. They are all three role models and aspirational figures for the University community, and will inspire colleagues and researchers to emulate their work ethic, commitment and brilliance. Their publication record and research profile are unmatched: and this will set the standards for IoE”. 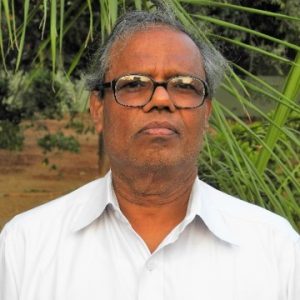 Professor Basavaiah has been working on the Baylis-Hillman reaction at the University of Hyderabad   from 1984 (at a time when this reaction was virtually unknown). The Baylis-Hillman reaction, a carbon-carbon bond forming reaction, has become a powerful and highly useful synthetic tool in organic chemistry in recent years. Professor Basavaiah’s original work has contributed to bringing this reaction from its unknown-patent level to the present one of high utility and wide popularity.

Professor Basavaiah initiated a major long-term research program on the Baylis-Hillman reaction immediately after joining the University of Hyderabad , foreseeing that this reaction will have tremendous synthetic potential and serve as a highly useful tool for synthetic chemists in the years to come. In the past 36+ years, his research group has been actively involved in various aspects of this fascinating reaction and has made pioneering contributions that propelled it to the forefront of synthetic chemistry.   In addition to his original and pioneering research publications that position him as a global leader in this field, Prof Basavaiah has also written authoritative review articles on this reaction, two of which have been cited over 1000 times to date.  Many leading research groups around the world now work in this area of research. He has over 150 publications to his credit.   Prof Basavaiah has an H-index of 42 with more than 8000 citations, for 129 publications from the University of Hyderabad with an average citation of more than 62  per paper as shown by SCOPUS. 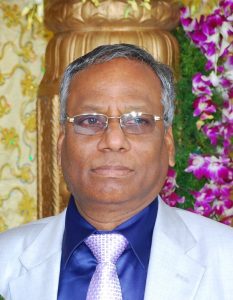 Professor Raghavendra is a high-profile researcher in the Department of Plant Sciences with significant contributions to a unique combination of plant biochemistry and plant metabolomics. He has been acknowledged in India and worldwide for his contributions to the research on photosynthetic and photorespiratory metabolism. The International Photosynthesis Research Conference held in 2017 honored him for his lifetime contributions. He was on the Editorial Advisory Board of the Book Series on Photosynthesis and Respiration (Springer), and continues to be on the Editorial Board of “Photosynthesis Research”, the leading journal on photosynthesis studies from Springer. Professor Raghavendra is a Fellow of all the four Science Academies from India and the prestigious, Third World Academy of Sciences. Among his notable awards ones are: elected as the Corresponding Member, American Society of Plant Biology (one of the only two from India), and highly prestigious DFG-Mercator Visiting Professorship. He has also served on numerous academic bodies, such as the UGC, NAAC, CSIR, DST, DBT, ICAR, DAE, SERB, and various Research Institutes, in different capacities.

Professor Raghavendra has published 186 research papers in peer-reviewed journals and 47 book chapters/conference proceedings. His scholarly output over more than 50 years of a research career is captured in his 7189 Scopus citations and an h-index of 41.  According to a Stanford University study published in Plos One, he figures in the top 2%  the Plant Biologists in India. Professor Raghavendra’s scientific collaborations are vast,  with 33 nationally and internationally funded research projects.

He has mentored and guided 24 students for Ph.D., 15 postdocs, and 75 MSc students/summer trainees. He had 16 long-term visitors from abroad.  He teaches three courses in the MSc Plant Biology program.

Department of English, School of Humanities 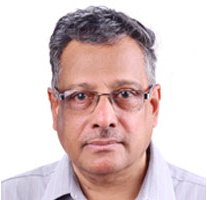 In many cases, he was either the first or the only Indian academic working in an Indian university to appear in such journals as Neophilologus, Verbatim, and Paideuma, and among the very few to appear in the very first English Studies journals in the world: Archiv and Anglia.

The Centre for Publication Ethics, Savitribai Phule Pune University, after a study of Web of Science (WoS) database has found that Professor Chandran is ranked # 01 in India and South Asia, and # 04 in South-South East Asia (2020). The prestigious Year’s Work in English Studies, the definitive narrative bibliographic account of research in English, now 100 years old, from Oxford University Press, lists him 6 times in its record. He has appeared 67 times in journals indexed in Web of Science, Current Contents (Humanities), Arts and Humanities Citation Index, American Literary Scholarship, and the international MLA Bibliography.

In more recent times, Professor Chandran has published on the “social life of English in India”, pedagogy and English with the Indian languages. He also has to his credit a large body of work in Malayalam, and translations of Shakespeare, Harold Pinter and others (English into Malayalam).

Among his students, P. Rohith with The Silent Valley and its Discontents: Literary Environmentalism and the Ecological Discourse in Kerala (1975-1984), was the first ever Ph.D awarded to a visually-challenged student (1990) of the University; and P. Sreelakshmi (Joyce Carol Oates’s Elective Affinities) won the Prize for the Best Dissertation in American Studies (1989).