The Dalit movements have to figure out a new trajectory and acknowledge the local history to face the new challenges said Dr. Meera Velayudhan senior policy analyst at center for environment & social concerns (CESC), Ahmedabad. She was delivering a lecture on the topic ‘Contemporary Dalit Women’s Movement; Discourse and Practice’ at the ‘Savitribai Phule Memorial Annual Lecture, University of Hyderabad (UoH).

Dr. Velayudhan, Pointing out the example of her own mother who was the first Dalit woman graduate of Kerala, explained the course of the movement tracing back to 1913 when the Pulaya mahasabha was formed in Kerala. The 90s witnessed a significant paradigm shift in the Dalit-movements in the country. The Dalit women movements, the land reform movements and the reform of public distribution system, the democratic session of the panchayats and the nature of execution, the state policies and Dalit studies all contributed to this major shift. She added.

The network movement and internationalization helped the local groups to come together. But the emerging sub-cast politics leads the Dalit movement to different trajectories which is weakening the unity and the whole movement. Sub caste marriages among the Dalit are not as prevalent as before. Caste groups are highly politicized, said Dr. Velayudhan.

Marginalized histories are redrawn by the power politics and pro-Hindutva forces. Going back to the local history is the way to regain the strength of the movement and lead the movement to a new trajectory to face the threats from different political and religious forces. She added. 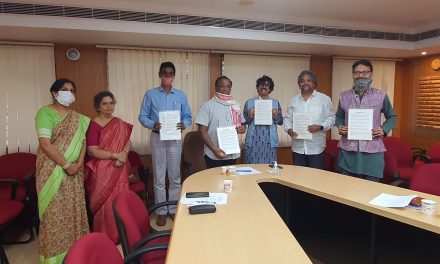