Lecture on “Citizenship and Rights: No Simple Relationship”

The Centre for Human Rights, School of Social Sciences, University of Hyderabad (UoH) organized Special Lecture on Citizenship and Rights: No Simple Relationship by , Director, Centre for Citizenship, Civil Society and Rule of Law, University of Aberdeen on 28th January 2013 at the Seminar Hall, Department of Political Science, School of Social Sciences, UoH.

Dr. Trevor Stack said that the relationship between citizenship and rights is not a simple one. Dr. Trevor elaborated his talk by describing citizenship from two approaches i.e., (a) citizenship as formally equal (if usually differentiated) membership in a community that is political in the sense that members have some kind of stake in governing and some sense of common interest and civil in the sense that they have freedom as and to be members and (b) citizenship as an inevitably variable and differentiated set of commitments to others, within and beyond that political community. Dr. Trevor cited the example of Latin American countries and the how concept of citizenship evolved in 17th and 18th century. He said that during those times there was no concept of nation-state and people were citizens of town and cities and the concept of citizenship is an extension from town and cities to nation-states.

According to Dr. Trevor, in many cases it is supposed not just to meet but to go beyond the formal obligations of membership. He further defined citizenship as participation that includes political rights, social rights and civil rights. He argued that the relationship between citizenship and rights is complex one because of the tension between formally equal (if usually variegated) membership in a community and an inevitably variable and differentiated set of commitments to others. He said that there is no single tradition of citizenship. The lecture was followed by discussion and questions were raised like when human rights are violated do the levels of feel of citizenship declines and among the three sets of rights-civil, political and social-which is more influential in building citizenship. He concluded by responding to the questions that there exists a positive co relationship between citizenship and rights. He also said that civil rights are influential than the other rights. 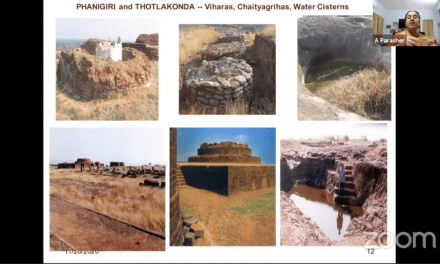