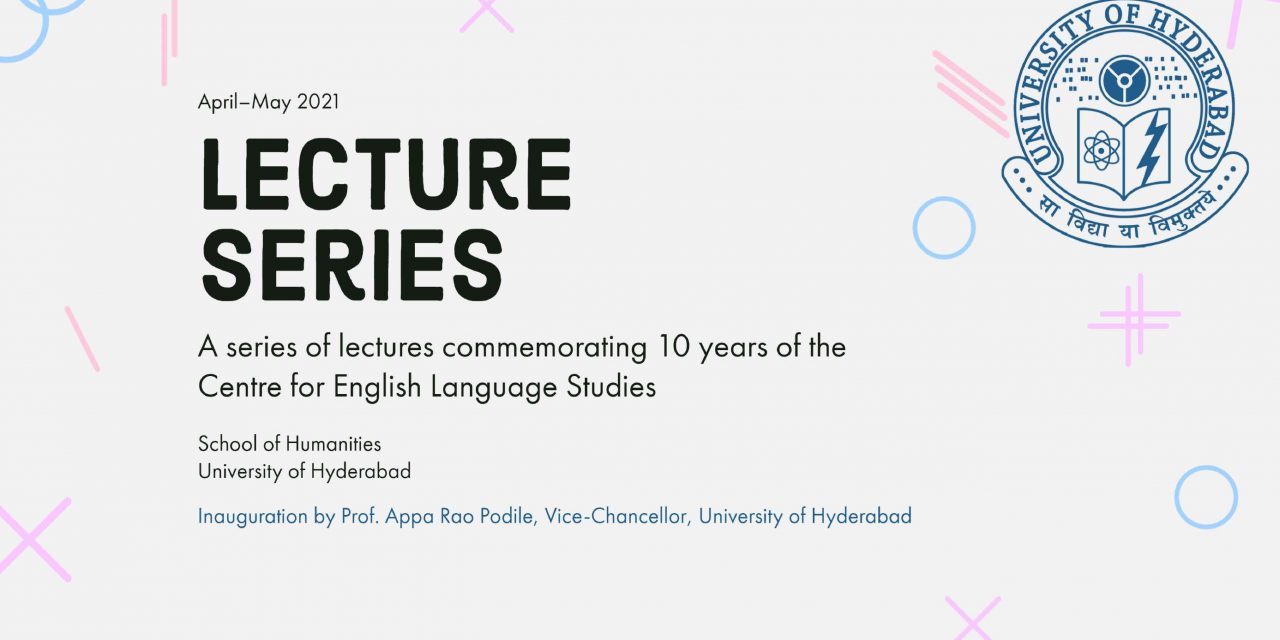 A two-month lecture series is underway at the Centre for English Language Studies (CELS), commemorating its 10th anniversary.  The series has been featuring talks by distinguished speakers on diverse topics in areas such as sociolinguistics, ELT, core linguistics, etc. After the welcome address by Dr. Joy Anuradha the inaugural session, was addressed by the Vice-Chancellor, Prof. Appa Rao Podile. He spoke about the University’s recent induction into the elite group of universities in the country to be conferred with the status of ‘Institute of Eminence’, and how, as one of the top 10 institutions in the country, the university was amping up infrastructure to facilitate better research. In this context, he also spoke about the extension building of the School of Humanities that was recently inaugurated and houses the Centre for English Language Studies, and its new state-of-the-art language laboratory.  He congratulated the Centre on its successes and wished it well. The Head, Prof. Pingali Sailaja, recounted the Centre’s journey through the years. She highlighted the unique nature of the Centre, in that it doesn’t focus on just English literature or Linguistics or ELT but combines all of them.  She also talked about the wide range of areas and topics that the Centre functions in, such as skills development, historiography, the relationship between language and society.

The inaugural talk of the lecture series was held on 16th April. Titled ‘Language and Nationalism: The nationalist ideology of monolingualism in postcolonial theory’, the talk was delivered by Dr. Michael Westphal from the University of Münster. He discussed the roots of the nationalist ideology of monolingualism in Europe and its history in the German context. He also talked about multilingual traditions across the world, with a special focus on East Africa, particularly language attitude studies in Kenya and language planning in Tanzania. 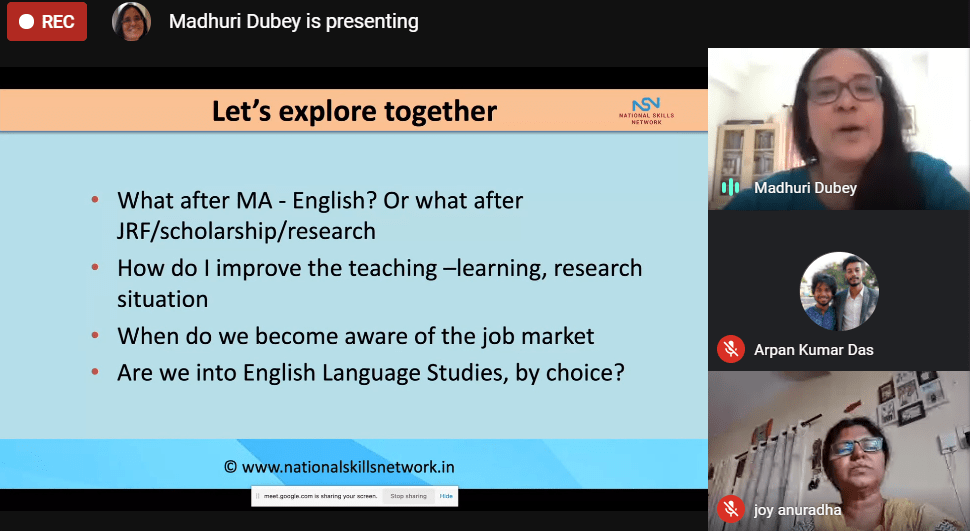 The second talk of the series was held on 23rd April, by Prof. Amol Padwad, from Dr. B. R. Ambedkar University, Delhi on the topic ‘Indian ELT: Terra Incognita or Persona Non-Grata?’ In his talk, he traced the history of  ELT as a discipline in India, and pondered on its potential future in the light of its trajectory in other countries.

The third talk was on 30th April on ‘Communication, Convergence and Careers: How skills take precedence over knowledge’ by Dr. Madhuri Dubey, founder of National Skills Network, Hyderabad. Her presentation focused on the rapidly changing landscape of the industry and drew attention to the need to bridge the divide between it and academia. She highlighted the various emerging career prospects available to students of ELT.

Four more talks are scheduled in the month of May.

Contributed by Srirupa Poddar, Harini Prem Aishwarya and Arpan Kumar Das (from CELS), along with Nimisha S Pradeep (from the Department of Communication)