Dr. Darla Venkateswara Rao,  Assistant Professor, Department of Telugu, University of Hyderabad has been conferred with the best Literary Critic Award by the Potti Sreeramulu Telugu University for his literary contributions to Telugu Literature.

Dr.Darla Venkateswara Rao, has published dalitatatwikudu (2004), anthology of his own poetry. He has published 11 books. i.e. Sahiti Sulochanam, Veechika , Punarmulyankanam, Dalita Sahityam-Madiga drikpatham, Bahujana Sahitya Drukpatham etc.  These books mainly focus on Telugu literary criticism. He was one of the editors for Madigacaitanyam (the Madiga Consciousness -1997). It is the first anthology about Madigas written by the Madiga poets themselves. His M.Phil research is on Dr. S.T. Gnananandakavi, Padmasree award winner.n He has his Ph.D on Arudra, an eminent progressive writer who brought out Telugu Literary History into 13 volumes.

Venkateswara Rao became an Assistant Professor in the University of Hyderabad where he studied from P.G. to Ph.D. His articles on Dalit issues have been published in various literary journals. He also participated in national seminars and presented papers on different issues of Dalits. Now he is planning to publish the Literary History of Madigas. His poems have been published in many Dalit anthologies. He is running a blog exclusively for Madigas i.e. http://madigakavulu.blogspot.com/ He was honoured with Dr. B.R. Ambedkar Fellowship Award-2007 by Bharatiya Dalita Sahitya Akademi, New Delhi. 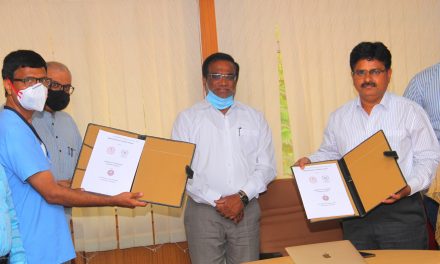