Lucia Raggetti eloquently spoke on pseudo authors and some of their works. the rich and varied early Arabo-Islamic literature on natural sciences and medicine, with a particular focus on the different streams of ancient knowledge collected and originally elaborated in the early Abbasid period (9th cent.), and the literary strategies for their transmission. She also explained that there are various literature that which has connections to astrology. The once which has astrological connections would have adopted from Indian literature.

Lucia Raggetti, research assistant at the Freie Universität of Berlin (Wissensgeschichte). Her professional interest are in Mediaeval scientific literature in Arabic and its manuscript tradition. Lucia Raggetti is a philologist and a historian of pre-modern sciences and medicine. She graduated in Arabo-Islamic studies in the University “L' Orientale” in Naples. She got there her PhD too, in co-supervision with Leiden University, with the critical edition and translation of one of the earliest pharmacological works in Arabic. In 2012 she started to work in the Free University of Berlin in the Department of Arabic Studies and with the Research Group of Wissensgeschichte (‘History of Ancient Knowledge’).

Her most remarkable works are as follows: Monographs: ʿĪsā ibn ʿAlī. Kitāb al-Manāfiʿ allatī tustafādu min Aʿḍāʾ al-Ḥayawān. ‘The Book of the Useful Properties Obtained from the Parts of the Living Beings’ (in preparation, De Gruyter). Articles “The ‘Science of Properties’ and its Transmission”, in In the Wake of the Compendia. Infrastructural Context and the Licensing of Empiricism in Ancient and Medieval Mesopotamia (2015, De Gruyter) “Tricks to Enter the Court”, in Patients, Patronage, and Performative Identities (forthcoming, Eisenbrauns) “The Treasure of Alexander. Stories of Discovery and Authorship”, in the Proceedings of the Conference Prophets, Viziers, and Philosophers (Berlin, 10-11 Oct 2014) (forthcoming, Barkhuis)

By Jaagrithi, Department of Communication 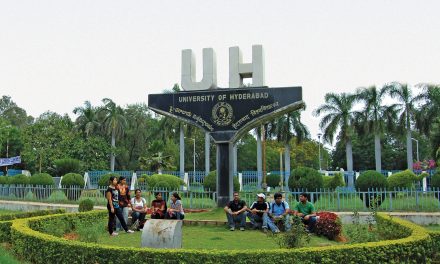