The University of Hyderabad (UoH) witnessed a mesmerising Hindustani Vocal concert by Ranjani Ramachandran. The concert was organised on 23rd September 2013 under the aegis of the UoH Campus Concert Series in collaboration with the city based organisation “Riwaayat”.

Dr. D. Balasubramanian, Padma Shree awardee and Founder Trustee, Riwaayat gave a brief introduction of the objectives behind promoting Classical Music Traditions of India with the aim to create increased awareness and foster a generation of classical music aficionados and to nurture and nourish young musical talents.

She was accompanied by Shri Javed on Tabla and Shri Surendra Bharati on the Harmonium.

The concert was attended by students, faculty members, staff and guests from other parts of the twin-cities.

At the end, Prof. E. Hari Babu, Pro-VC, UoH thanked the artistes and appreciated the efforts put-in to have these concerts on the UoH campus.

Ranjani Ramachandran is one of the leading young Hindustani classical vocalists in the country. Endowed with a rich vibrant voice and coupled with immense dedication to her chosen vocation, Ranjani has earned wide acclaim for her performances, which are known for their powerful exposition and highly melodic appeal.

In 2001 she was selected as a resident scholar at the prestigious ITC Sangeet Research Academy (SRA) in Kolkata, with Pt. Ulhas Kashalkar as her guru. While at SRA, Ranjani also received guidance from Vidushi Girija Devi, acquiring a rich repertoire of Thumri, Dadra, Chaiti and Kajri.

In addition to traditional bandishes, Ranjani has a vast repository of beautiful and intricate compositions including taranas set to tune by contemporary composers like Pt. Balwantrai Bhatt, Pt. Vasant Thakar and Pt. Ramashreya Jha. Devotional Bhajans of Meera, Surdas, Kabir (Nirguni Bhajans) and Tulsidas are also an integral part of her concert repertoire.

By Kumar Ashish, research scholar in the School of Economics 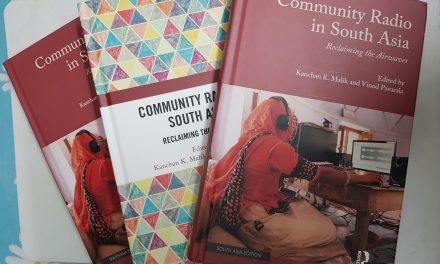