Capitalism cannot destroy existing inequalities and the neo liberal policies of successive governments are impeding the journey towards achieving equality ,said Prof Prabhat Patnaik during his lecture on ‘Neo liberalism and social counter revolution’ organized by Center for Study of Social Exclusion and Inclusive Policy (CSSEIP) on April 06.

Talking about inequalities existing in Indian society, Prof. Patnaik told that the 20th century saw two kinds of revolutions. One was the anti colonial movement and the other was social reform movements of Ambedkar, Phule, Periyar, and others. Even though both were complementary to each other, social reform movements stayed away from the former because of the caste bias of many nationalist leaders. Yet, these two movements shared the general idea of emancipation-Social and political equality for people of a society which lived under centuries of brutality.

According to Patnaik, the advancements made by these movements are being rolled back by the neo- liberal policies of successive governments. Welfare measures and affirmative actions are getting diluted. Privatisation of important social sectors like education and health care is impeding the move towards equality.

Prof. Patnaik accused the government of watering down the Mahatma Gandhi National Rural Employment guarantee Act (MNREGA) by pitching it against development. He added that those who support welfare measures like MNREGA are blamed as standing against development.

He also raised concerns about the increasing labour market flexibility which helps companies to hire and fire workers. Instead of full time jobs, people are getting part time jobs and informal jobs, he साइड

He also raised a point for creating an alternative society which can ensure both political as well as economic equality for its citizens. In this society everyone should be getting employment and opportunities through a democratic way. This society will also have a social means of production, he added.

“Capitalism will not erase inequality. Neither will it destroy existing caste biases” he said, adding that elimination of caste system should be the ultimate goal of Indian society.

The function was inaugurated by Prof. E. Haribabu ,Vice-chancellor, UoH. Dr. Sreepati Ramudu, head of the department introduced the speaker to the audience.

Prabhat Patnaik is a Professor Emeritus at the Center for Economic Studies and Planning in Jawaharlal Nehru University, Delhi. Specialized in macro economics and political economy, Prof. Patnaik obtained his B.Phil and D.Phil from Oxford University. Between 1969-1974 he was a faculty at University of Cambridge.

He has authored a number of books on economics and monetary policies. They include Time, Inflation and Growth (1988), Economics and Egalitarianism (1990), Whatever Happened to Imperialism and Other Essays (1995), Accumulation and Stability Under Capitalism (1997), The Retreat to Unfreedom (2003), The Value of Money (2008) and Re-envisioning Socialism (2011). He is also the editor of the journal Social Scientist, which, according to the publishers, tries to act as a platform for progressive ideas and fertile research.

Prof. Patnaik was part of the four-member United Nations (U.N.) team, a task force formed to recommend reform measures for the global financial system, chaired by Nobel Prize winning economist Joseph Stiglitz. He also served as the Vice-Chairman of the Planning Board of Kerala from 2006 to 2011. 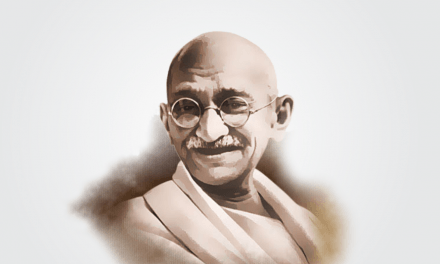 Peace from within to Global Peace in Gandhian perspective