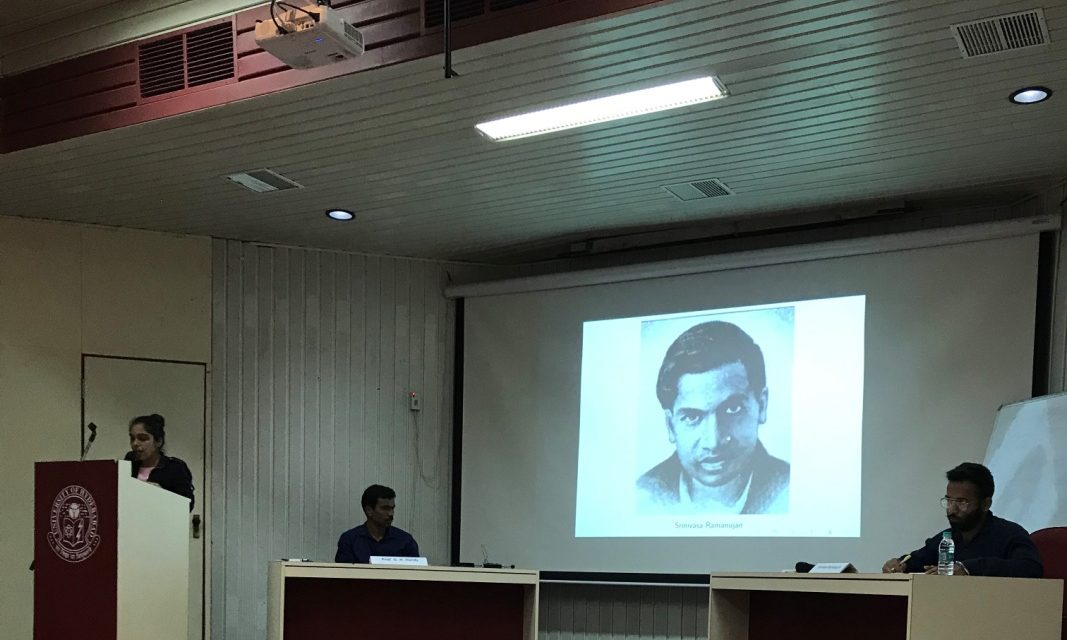 The School of Mathematics and Statistics, University of Hyderabad celebrated “National Mathematics Day” on 22nd December, 2021 to commemorate the 134th Birth Centenary of the legendary Indian Mathematician Srinivasa Ramanujan.  The programme was held for the first time in a hybrid mode at C V Raman Auditorium following Covid Protocols and also by providing an online link. The programme was compered by Ms. K. Divya. 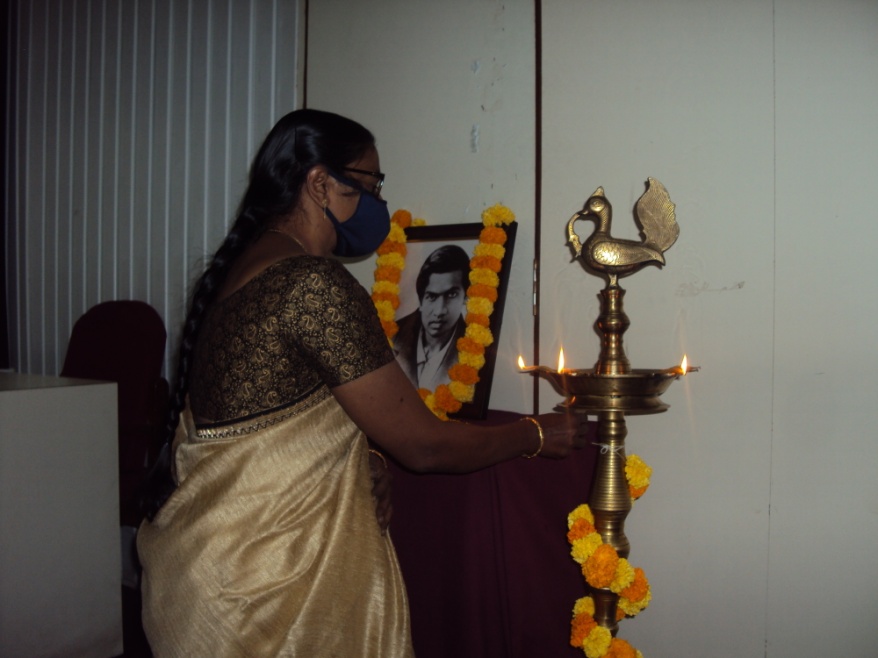 The event began with the traditional lighting of the lamp and address by the Dean of the School of Mathematics and Statistics, Prof. R. Radha. 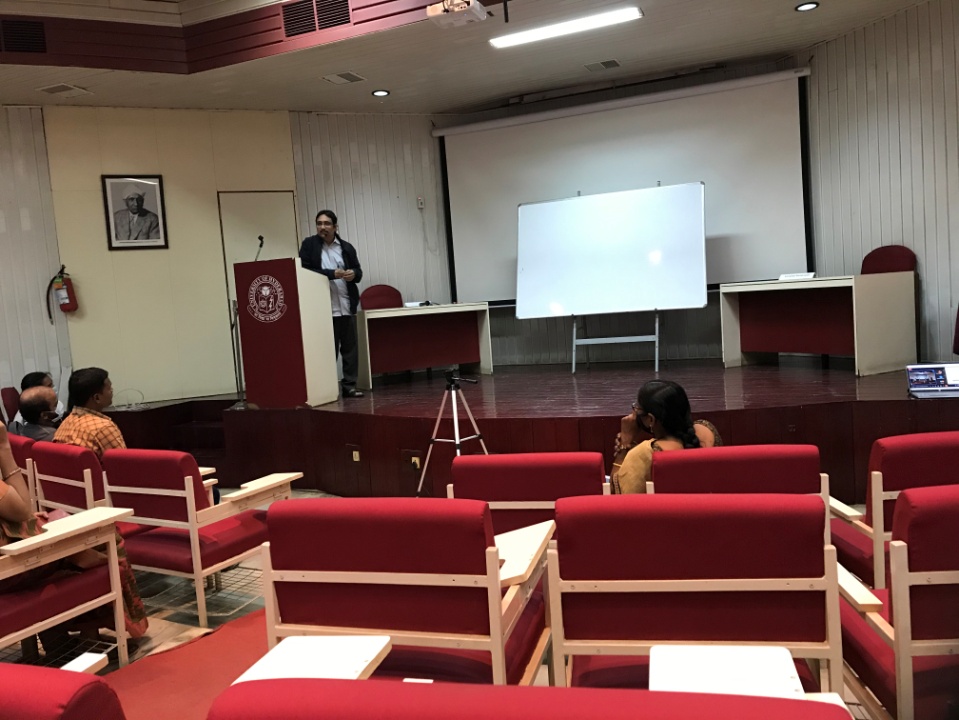 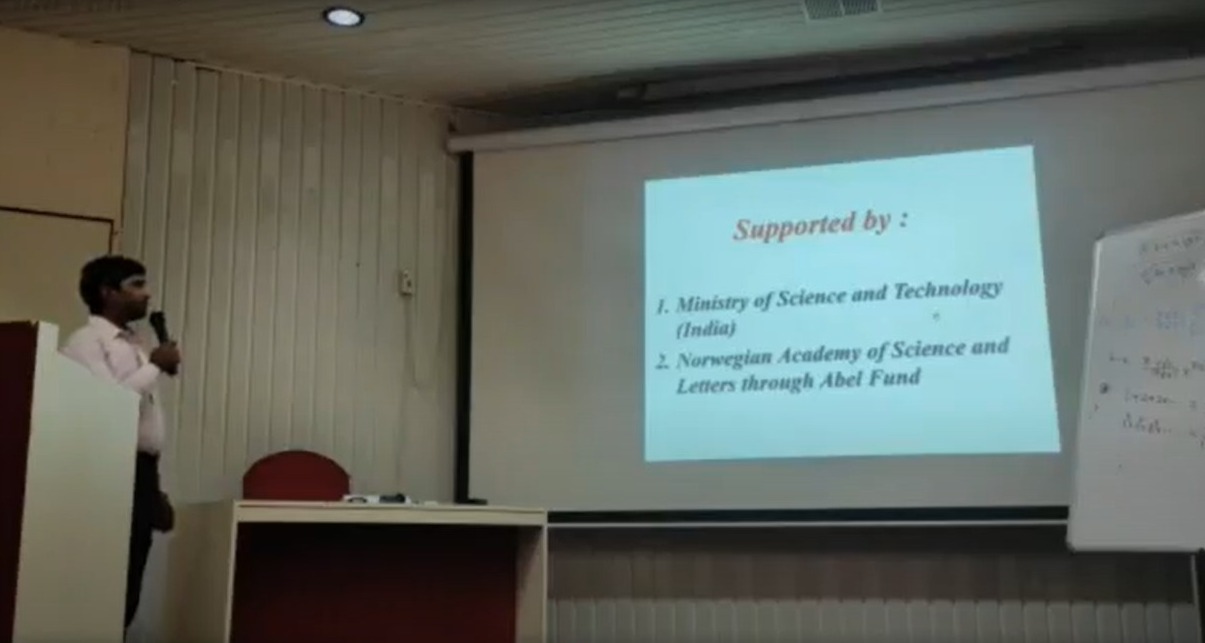 A quiz competition was conducted for the audience present in the event where the Master’s students and research scholars of the School actively participated. The students who secured the first three places in the competition were given prizes as a token of appreciation. 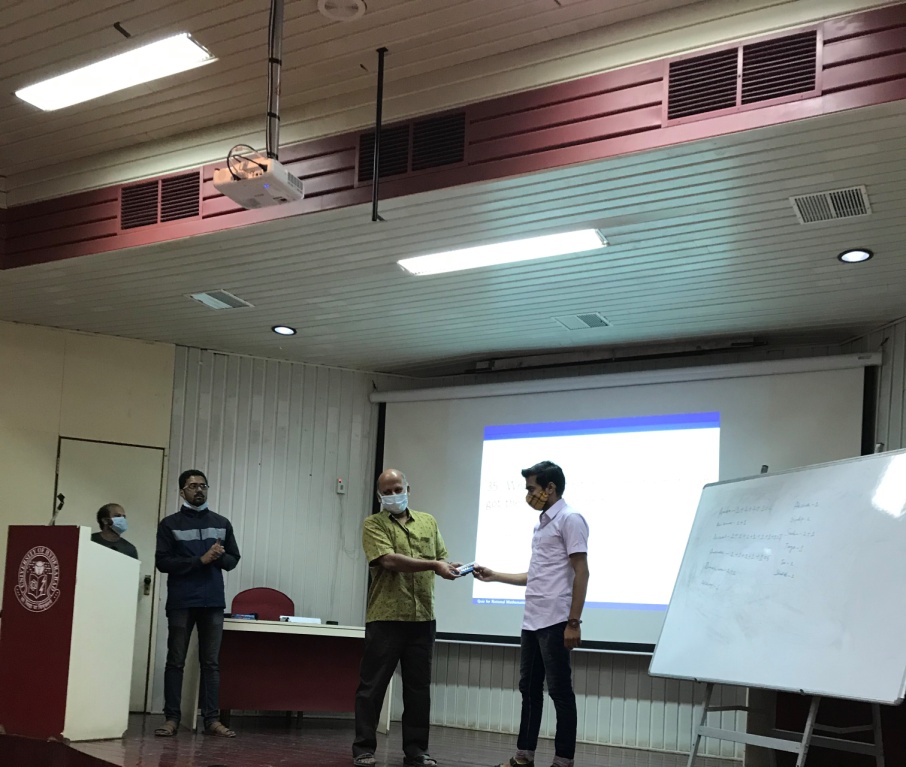 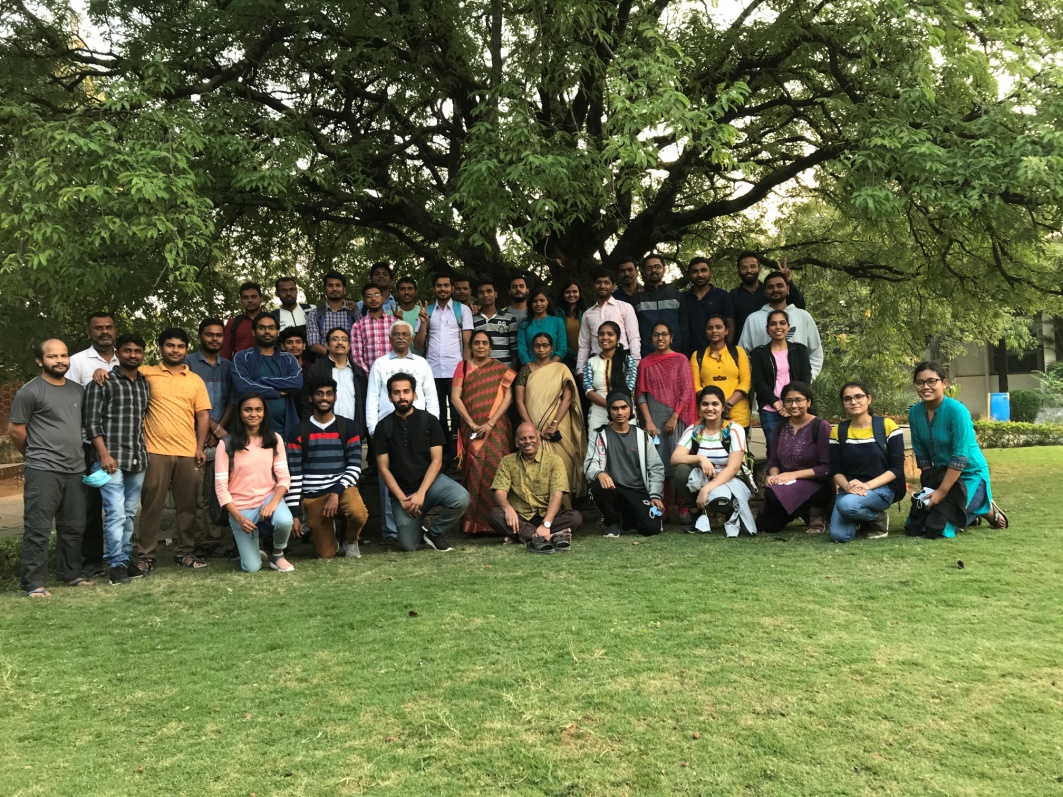