Addressing several teacher trainees from SCERT, Madhya Pradesh, who are attending this workshop, Akash Gautam explained about how we can sense the changes in the environment and said that the sensory organs detect all types of changes and send appropriate signals to the Central Nervous System (CNS), where all the inputs are processed and analysed. These signals are then sent to different parts/centres of the brain.

Elaborating further in his lecture, Akash defined Senses as physiological capacities of organisms that provide data for perception. The senses and their operation, classification, and theory are overlapping topics studied by a variety of fields, most notably neuroscience, cognitive psychology (or cognitive science), and philosophy of perception, he added.

Further explaining about the visual sensory organ, Akash stated that 70 percent of all sensory receptors are in the eyes and each eye has over a million nerve fibers. He also explained about the various eye related disorders like Conjunctivitis, Colorblindness, and different Refractive Disorders – Myopia, Hyperopia including their causes.

The five-day workshop organized by the Centre for Neural & Cognitive Sciences (CNCS) of UoH, commenced on 5th May 2014 and focused on the implications of Cognitive and Neural Sciences for education and development and is intended to expose the teacher educators in new developments in Cognitive Science.

The workshop was sponsored by Rajya Shiksha Kendra of the Madhya Pradesh Government. 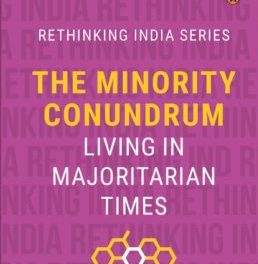