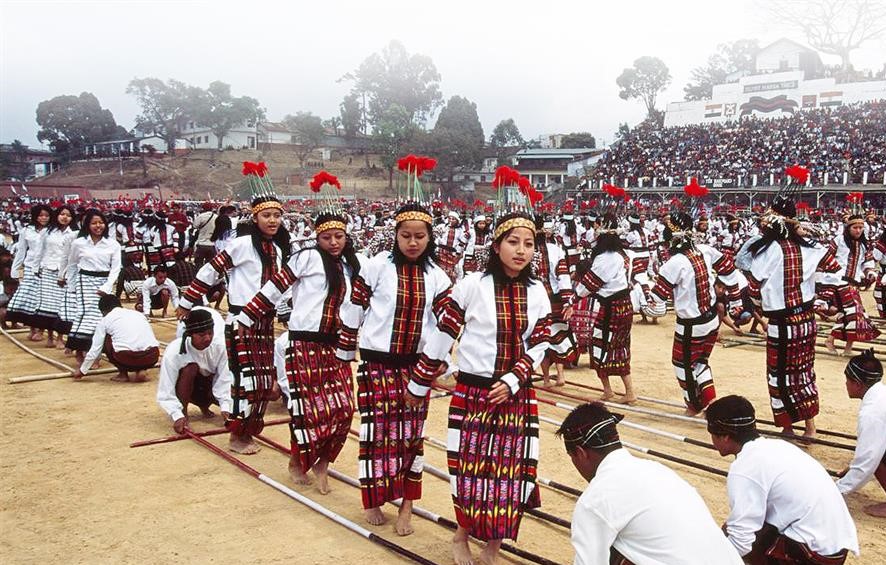 Zamminlien Lhungdim, PhD scholar in the Department of Communication at the University of Hyderabad successfully defended his thesis “On Interpreting Music: The Performative Traditions Of The Kukis” during the Lockdown period through video conference. Lhungdim has completed his PhD under the supervision of Prof. P. Thirumal, faculty in Department of Communication and Dean, S N School of Arts and Communication. Renowned singer ‘Yuva Kala Bharathi’ Ms. Sumithra Vasudev was the external examiner and the viva was held via a Video Conferencing Meeting on 22nd May 2020. The research work was completed between 2014-2019 and submission done in December 2019. 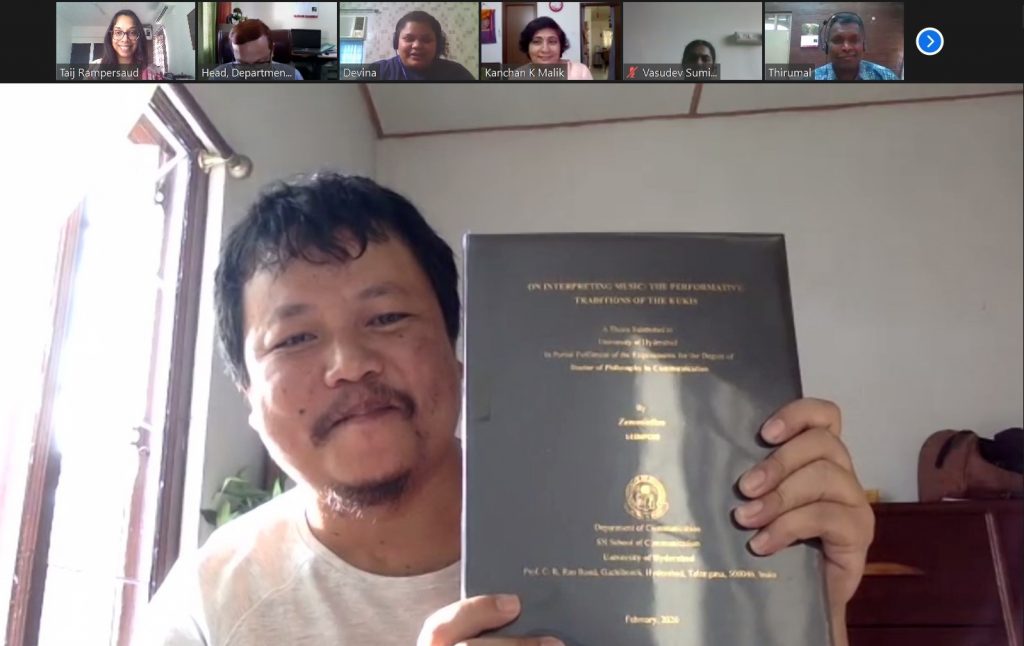 The thesis intends to study the society in transition, the evolution of new cultures and the modes in which they are accommodated. A significant event that transformed the Kuki socio-cultural scenario was the arrival of Christianity, a religion that altered the tribe’s worldview and lifestyle. Christianity, in its early period in the North East, divided the Kukis’ world into the ‘sacred’ and the ‘secular’, two spheres which coexisted even in the pre-Christian period. The Kukis’ identification with the new religion problematized many cultural practices that yielded no meaningful reality for the Kuki Christians, thus marking an end to the performance of several traditions. The Juneh culture is one such practice the Kuki Christians abandoned. They have a musical tradition called the Ju-ne laa which they used to perform after consuming the Ju (traditional rice beer). Their rejection for the Ju puts an end to the production of the Ju-ne laa, leaving them to rely on the translated Western hymn songs. The thesis attempts to understand how the Kukis have interpreted the Ju-ne laa during three historical moments – The Pre-Christian Period, The Early Christian Period, and The Contemporary Period. Drawing inferences from Marshall McLuhan, Gadamer, James W Carey, the thesis located performances as text within the disciplinary premises of Communication.

Irrespective of the extent of change ushered in by Christianity, their works of art allow them to experience a unique Kuki reality which cannot be ignored. Since the work of art is presented through communication, their shared experiences are renewed each time they are presented. Agreeing with Carey, the study argues that their musical performances are a communication, a discourse, where the Kukis participate to share and create or recreate a reality, a meaning, about their existence. Their shared knowledge and beliefs draw them together to participate in such a discourse. This thesis maintains that communication helps in the maintenance of the Kuki society, which is renewed and reconstructed over time.

Northeast India in general, and the Kukis in particular, have been widely scrutinized from the vantage point of various disciplines including History, Sociology, Anthropology, Political Science, and also from theological perspectives. The themes for these studies have mostly been related to the political, cultural, and historical aspects, broadly projecting the Kukis as a group of tribes whose political and cultural identity requires serious construction, reconstruction and recognition. While acknowledging the importance of these areas, the present study approaches the Kukis through the lens of aesthetics, which has largely been neglected by academia. The aesthetic performance of a group is believed to reveal the unexplored dimensions of the subjects, which could help in understanding them better, rather than through mere observations. Emphasizing on the subjective perspectives of the Kuki people, the thesis also helps us comprehend them from beyond disciplinary boundaries. The interpretation of their behavior based on their knowledge systems and performance, rather than mere observation, which is the most common method utilized by scholars writing about tribes, could provide us with a better comprehension of the people. However, interpretations cannot always lead to solid conclusions, as the result varies from interpreter to interpreter, and it is therefore suggested that more works on the aesthetic performance of the Kukis be carried out for further understanding.

On the whole, the thesis aims to contribute to a broader understanding of North-eastern aesthetic traditions and performances that have remained neglected for centuries, so that a unique Kuki identity, distinct from that imposed on them by the colonizers, could be unveiled and scrutinized. Drawing from the historical past to the present, the thesis argued for the continuity of the Kuki identity, contrary to the popular belief that the propagation of Christianity led the Kuki subjects to depart radically from their traditions. It has been argued from the beginning that culture is never static and it keeps on changing even as it borrows elements of the traditions from the past. Communication plays a great role in merging the past and the present, to enable a holistic comprehension of Kuki culture, allowing for the continuity of the Kuki being, unaffected by changes in religion and everyday life. A notion of identity that is centered solely on political, anthropological, sociological, or historical factors is not sufficient for a mature understanding of the being of a community.