On Publishing IWE: A Symposium 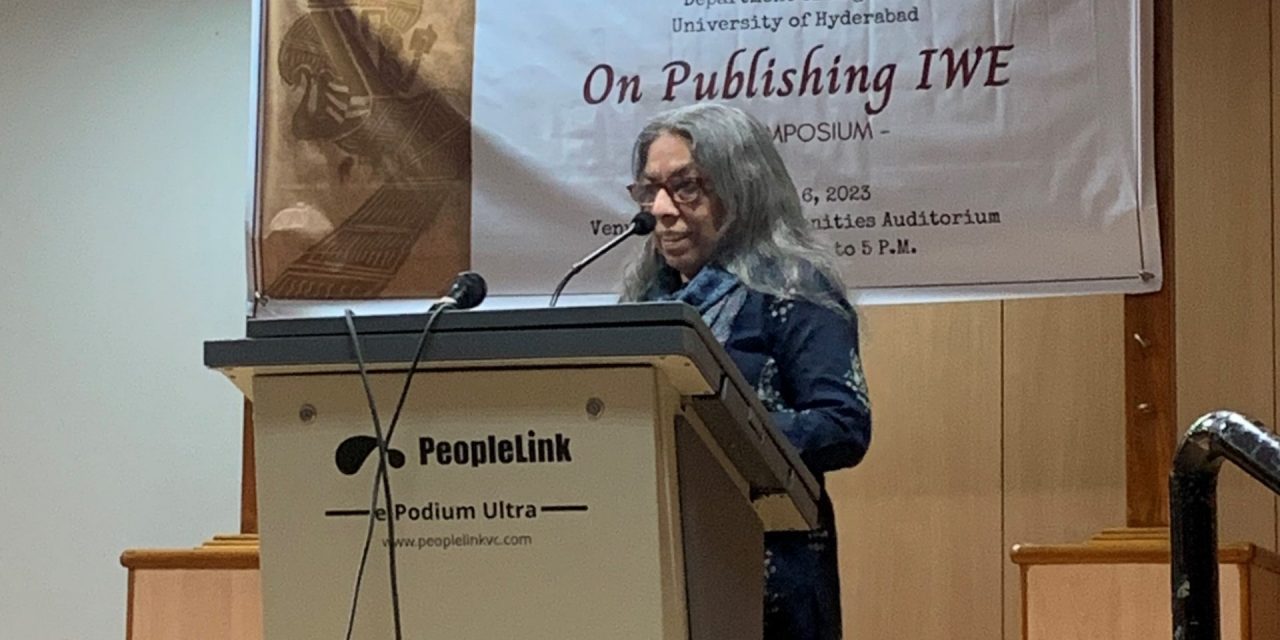 Indian Writing in English Online organised its first event of 2023—a symposium titled “On Publishing IWE”—on 6 January at the School of Humanities Auditorium. The primary objective of the symposium was to highlight the evolution of the Indian English publishing industry from its origins to the contemporary age while highlighting its contribution to the circulation of Indian writing in English. Two of India’s foremost publishers and editors, Urvashi Butalia (Zubaan Books) and Karthika V.K. (Westland Books) were the speakers for the event. After a welcome address by Professor D. Murali Manohar (Head, Department of English), the IWE Online project was introduced by Professor Pramod K. Nayar, the Co-Principal Investigator. Butalia, a pioneer among independent Indian publishers, especially of feminist writing, began the event with a wide-ranging and a comprehensive survey of the Indian English publishing scene from the colonial era to the twenty-first century, highlighting the dominance of international publishers in the early stages of Indian publishing. Particularly important was Butalia’s account of her establishing, along with Ritu Menon, of Kali for Women, India’s first publishing house for feminist literature in 1984, and Zubaan Books, which she established later. These two publishing houses served as her case studies for the challenges faced by small and independent publishers in a market dominated by international establishments. According to her, the significance of such independent publishers is the discovery of lesser-known and marginal cultural and individual narratives and providing them access to the mainstream. 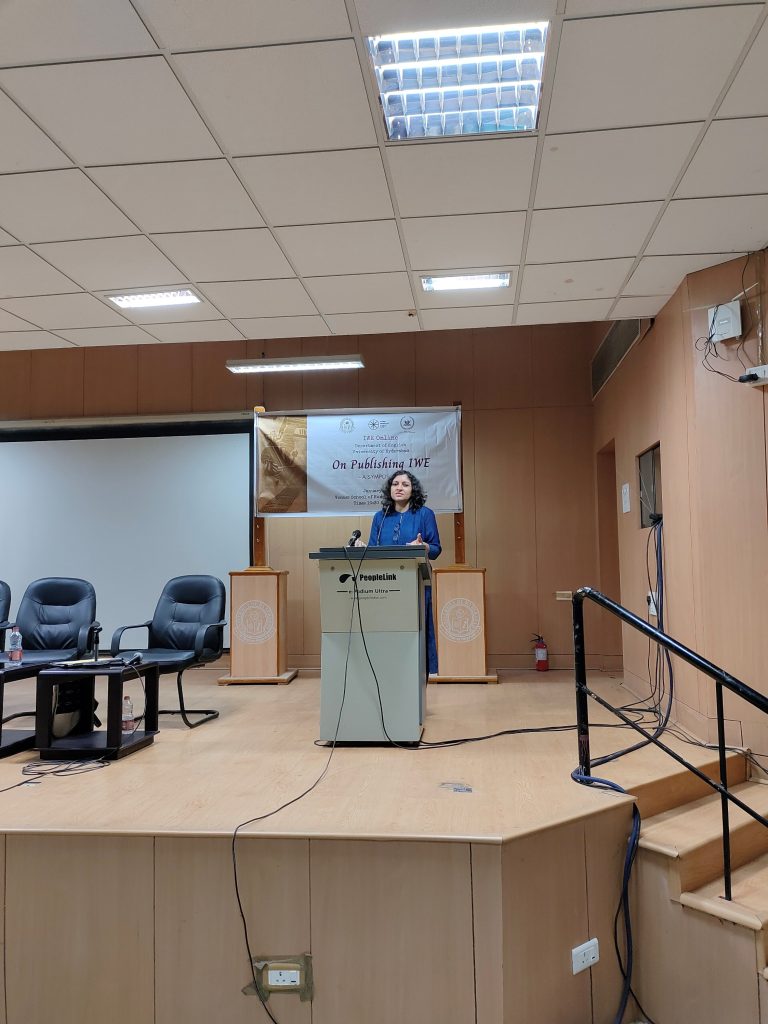 Building on Butalia’s theme-setting lecture, Karthika V.K. (an alumna of the Department of English, UoH, who has worked with leading publishers such as Penguin and Harper Collins), spoke on the phenomenon of the bestseller in Indian writing in English. The emphases in her lecture were the personality cult of the modern Indian English author, the all-powerful market forces, the publicity and marketing machinery, and the transmedia interests of contemporary authors (books, films, television series, social media, podcasts, audio-books, and so on). She went to highlight some of the most popular subgenres of Indian writing in English today. These included the celebrity memoir, self-help books, popular history, and the ‘Guru’ books (by popular spiritual figures). 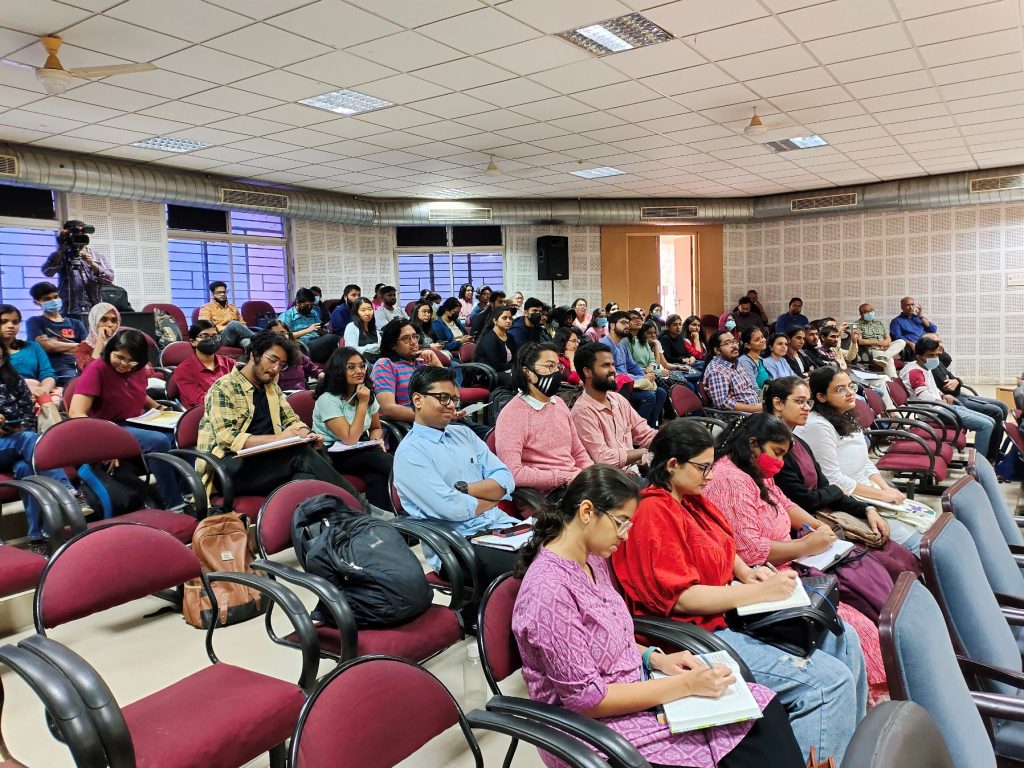 The lectures were followed by a panel, where the two speakers were in conversation with Professor Anna Kurian, the Principal Investigator of IWE Online. The panel, which, like the lectures witnessed enthusiastic participation by the audience (mainly M.A. students), discussed such diverse issues as the links between changing reading and publishing patterns, the publishing of specific literary genres such as poetry, the significance of literary prizes, and the international stature of Indian publishing. The symposium was significant in offering an insight into the world behind the production and the circulation of literature by giving the audience a glimpse of ‘the other side of the book’.