Panel Discussion on “The Chinese Communist Party on its Centenary” 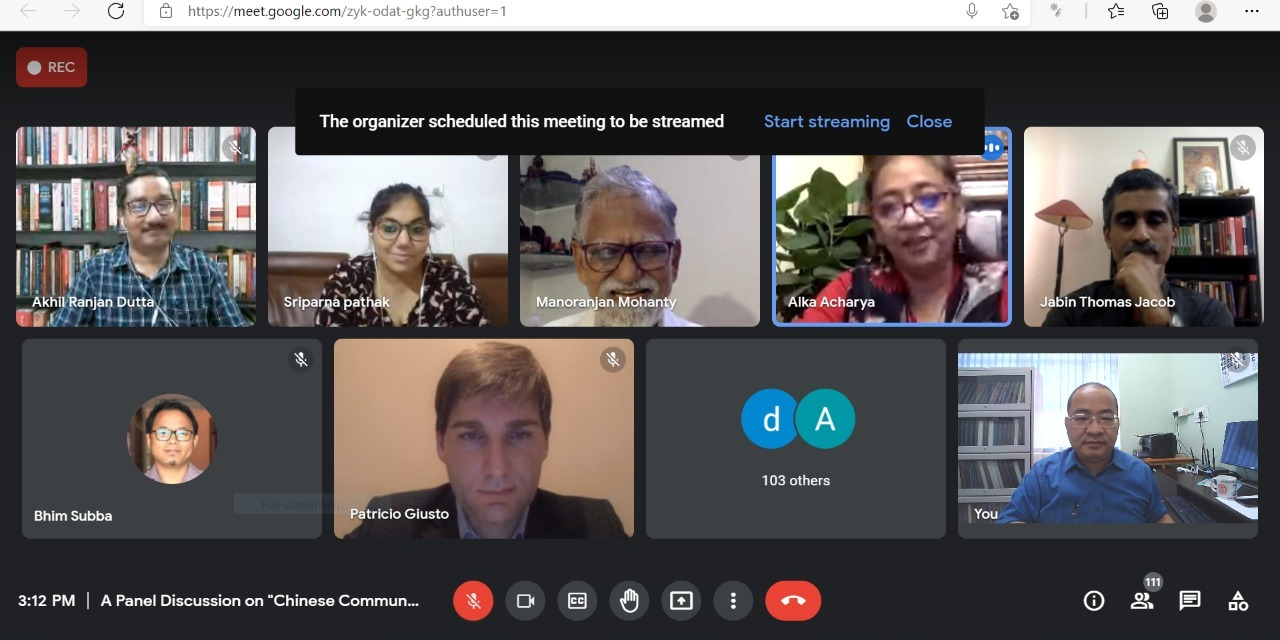 The panelists focused on different aspects of history, objectives, changes and continuities in domestic and foreign policies and current challenges facing the Chinese Communist Party (CCP) and the party-state. Professor Mohanty assessed the achievements and problems facing the CCP from the context of original ideological mission of the party and broader socialist politics in the 20th century. He remarked, “the nature of CCP’s politics reflects the socialist agenda of achieving freedom from oppression, better life for all and the quality of development” and also “enduring challenges — individual and regional income disparities, climate change, etc.” in the contemporary period.

Dr. Hemant Adlakha’s presentation focused on the current debates in Chinese academia, social media and web on the party’s role in Chinese society, history and transformations resulting from tumultuous periods of socio-economic and political processes, and contending ideas and worldviews. Dr. Jacob spoke on the role of the party in economy, and stressed on a crucial issue of the “centrality of control over economy for the party’s enduring rule”. His presentation illustrated the way the party controls and manages a complex economy. Dr. Sriparna Pathak’s spoke on party’s role and emphasis on the poverty alleviation efforts, achievements and problems. Although, poverty alleviation has been hailed as one of the most significant achievement for the party, it is still one of the perennial challenges for the party especially in the hinterland regions of China. The final speaker, Dr. Giusto from Argentina, analysed the success of party in institutionalizing reforms which has manifested in the overall resilience of the regime and the party-state’s external behaviour.

With over 150 participants in attendance, the panel discussion was followed by an enriching Q&A session. Ms. Somya Nayak, Assistant Professor, Dept. of Asian Languages (Chinese), EFL University, concluded the discussion by giving vote of thanks to all the panelists, organizing department and attendees.