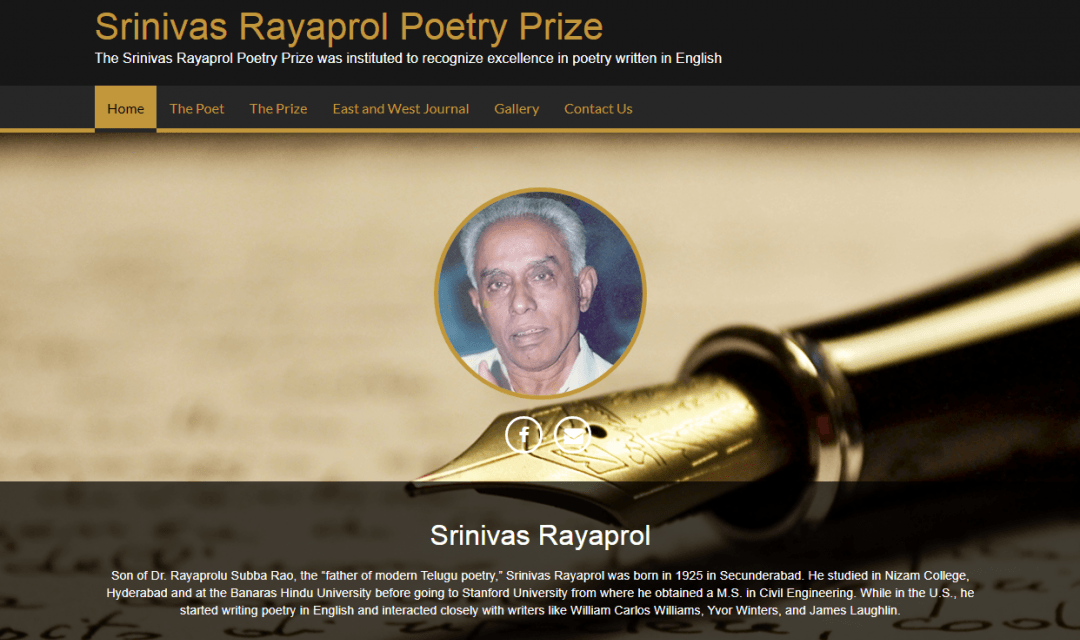 The Prize is jointly administered by the Department of English, University of Hyderabad

Pervin Saket, a Pune-based writer and poet, is the winner of the 2021 Srinivas Rayaprol Poetry Prize.  Selected from a field of about 80 talented contestants from across the country by a distinguished jury consisting of Vinay Dharwadker, author and Professor of English Literature at University of Wisconsin-Madison and two faculty members of the Department of English, University of Hyderabad,  Pervin will be the 13th recipient of the prestigious literary award. Krishnakumar Sankaran and Kinshuk Gupta were among those shortlisted for the prize. 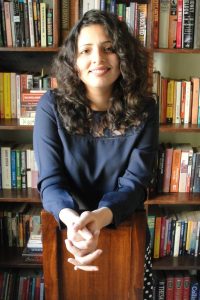 Pervin is the author of the novel ‘Urmila’ and of a collection of poetry ‘A Tinge of Turmeric’. She was awarded the inaugural fellowship for the Vancouver Manuscript Intensive 2021. Pervin co-founded the annual Dum Pukht Writers’ Workshop in 2016. She is also the Poetry Editor at The Bombay Literary Magazine and Managing Editor at The Quarantine Train – a Writing Collective. Her novel has been adapted into a dance drama featuring the classical dance forms of Kathak, Bharatnatyam and Odissi. Her short fiction, poetry and nonfiction have been featured in The Indian Quarterly, Paris Lit Up, Singapore Unbound, Usawa Literary Review, Tiferet Journal, Borderless Journal, The Joao-Roque Literary Journal, The Madras Courier, Alipore Post, Cold Noon, Breaking the Bow and others.