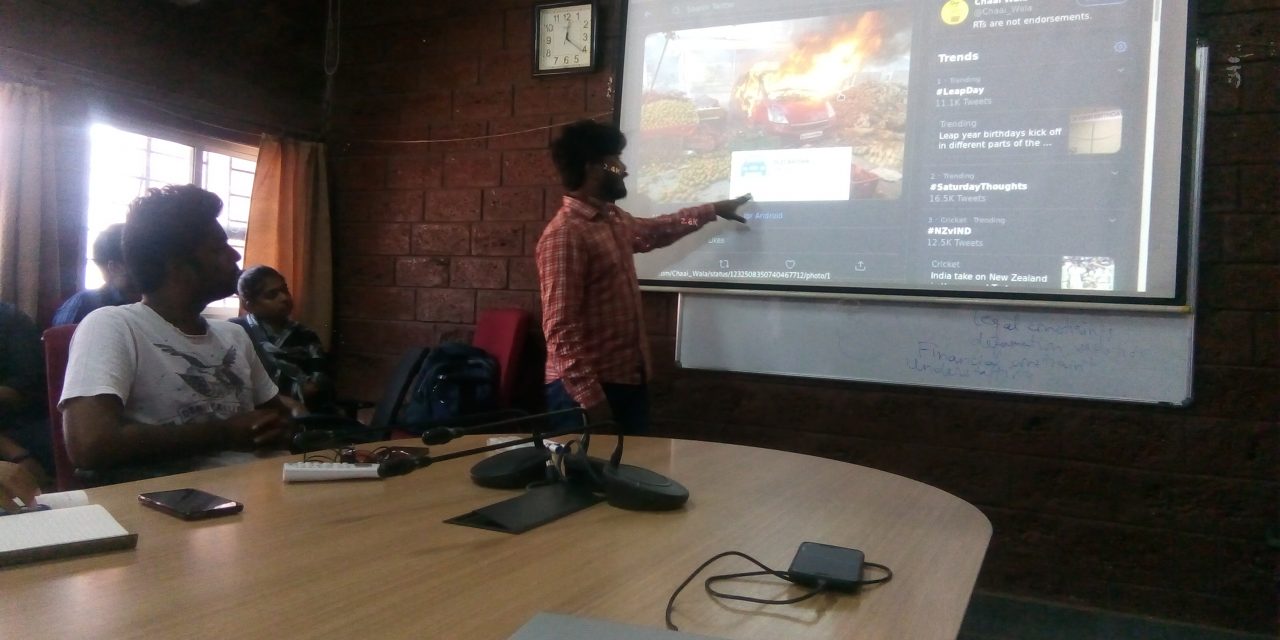 It is often said that, internet never forget things. “Have you ever wondered how vulnerable you are?, That Google can keep a track of everything you do or even the people you meet?, That even your keyboard strokes and mouse interaction can also be recorded?”, To get a reality check on all such queries, the Department of Communication, University of Hyderabad has organized a lecture on “Privacy on Digital Platforms”, by Ranjith Raj on 29 February, 2020.

These days we use our fingerprint or voice command or face as the safest option for locking our smart phones. But, what if it is leaked online? As a matter of fact, around 130 million people’s biometric data has already been leaked and is available online. “Government of India is even bidding to buy 360 camera with 4K quality (a 4K quality picture is enough for someone to collect your iris data easily) and place it everywhere around public areas for the so called safety of the citizen,” he added. 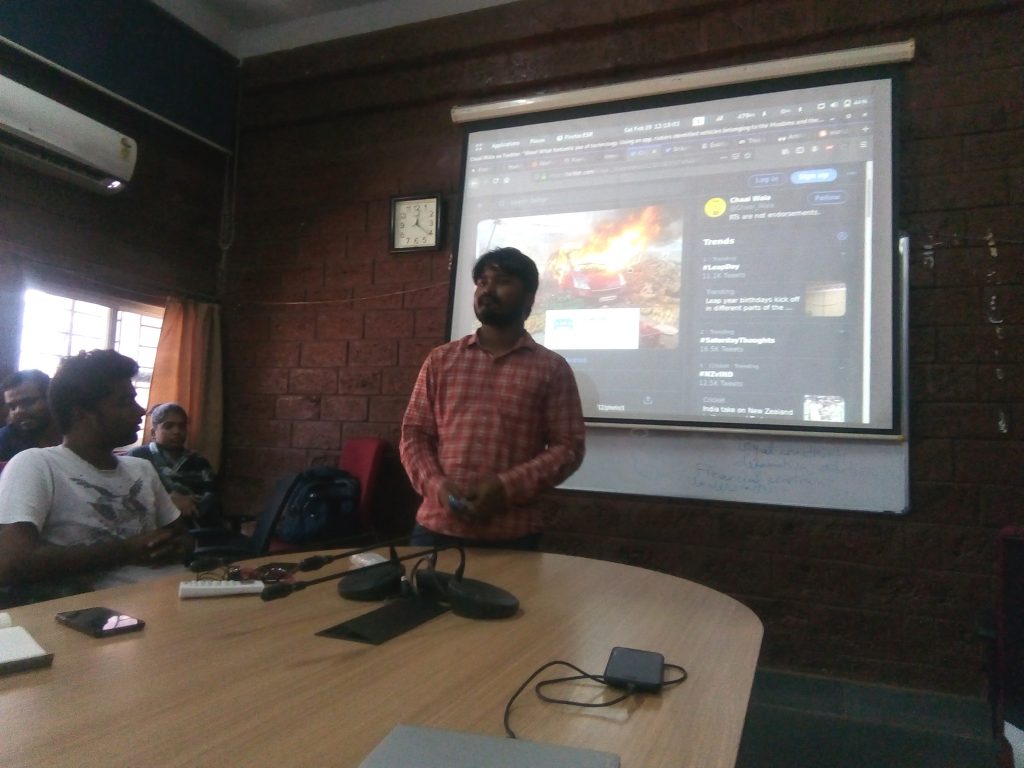 He then talked about the difference between cyber security and cyber privacy. He said, “Security and privacy are not synonyms. Privacy is to be protected. In simple words, what we need is – Privacy for the users and transparency from the companies.”

Concluding the lecture, Ranjith said, “How do we fight this digital colonialism and surveillance capitalism? Don’t be stupid. Be aware of what is happening around. Alternatives of all the applications that are available on sites like Prism Break. You can use Firefox or Tor instead of Crome, instead of Play store, Fdroid; Rise up instead of Gmail. Opt out Aadhaar from all the private companies. Make sure they ask it officially.”