Prof. Krishna Kumar is professor of education at the University of Delhi, India. Noted for his writings in sociology and history of education, Krishna Kumar has used the school curriculum as a means of social inquiry. He has framed his study of education in a critical engagement with modernity in a colonized society. His writings explore the patterns of conflict and interaction between forces of the vernacular and the state. As a teacher and bilingual writer, he has developed an aesthetic of pedagogy and knowledge that aspires to mitigate aggression and violence.

Prof. Kumar had an informal interaction with the students and faculty of the Department of Sociology and gave a lecture on Rurality, Modernity and Education on March 13, 2015. He was talking about the ways in which education needs to reach people in the rural areas and not create further ruptures in society.

In addition to his academic work, Prof. Kumar writes essays and short stories in Hindi, and has also written for children. From 2004 to 2010, he was Director of the National Council of Educational Research and Training (NCERT), an apex organization for curricular reforms in India. 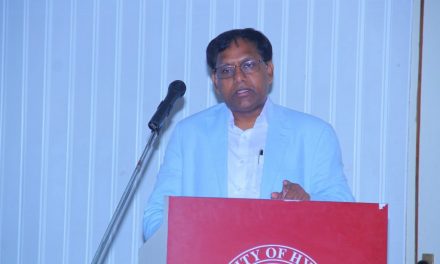