Prof. M. Jayananda elected as a Fellow of INSA

Prof. M. Jayananda, Centre for Earth, Ocean & Atmospheric Sciences, University of Hyderabad have been elected as a Fellow of Indian National Science Academy (INSA) for his outstanding contributions on early earth (3600-2500 My) dynamics, internal architecture and origin of protocontinents, shift from anoxic to oxygenated environments.

The Indian National Science Academy was established in January 1935 with the object of promoting science in India and harnessing scientific knowledge for the cause of humanity and national welfare. The foundation of the Academy, earlier known as the National Institute of Sciences of India (NISI), was the outcome of joint endeavours of several organizations and individuals and the Indian Science Congress Association (ISCA) playing a leading role in this regard. 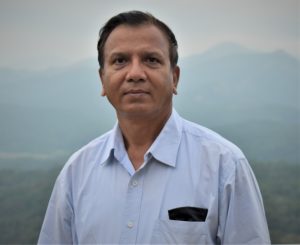 His research has profound global impact in understanding thermal and tectonic evolution of the early earth, continental growth and transformation into cratons, landscape evolution and origin of strategic mineral resources.