Prof. Pramod K Nayar to be Advisor on Routledge Project in Imperial History

Prof. Pramod K Nayar of the Department of English which has recently moved into the 251-300 bracket in QS Global Subject rankings, 2021, has been invited to serve as one of the two Advisors on the massive and field-defining Routledge Historical Resources: Empire project. He will be working with the distinguished historian Professor Philippa Levine. The Academic Editor of the project is Professor John Marriott, of Oxford. 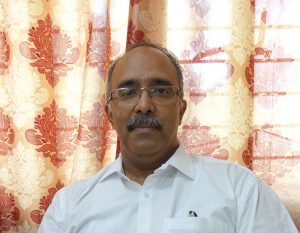 Routledge Historical Resources is an innovative, interdisciplinary digital reference resource which brings together a wealth of searchable, cross-referenced full-text materials from the long 19th century. The programme on the British Empire, which Nayar will be associated with, will bring together content from the Taylor and Francis collection to provide a digital resource consisting of primary materials, over 1000 chapters of secondary book content, over 100 journal articles from a range of Taylor and Francis journals, thematic and introductory essays, Introductory and other video materials and an image gallery. As Routledge describes it “The database is truly interdisciplinary, containing material that will be valuable to students and researchers of empire using perspectives from a variety of disciplines including history, sociology, gender studies and literature.

An alumnus and also presently teaching at University of Hyderabad (UoH), Nayar’s Women in Colonial India (5 volumes), Colonial Education and India (5 volumes), Indian Travel Writing in the Age of Empire (5 volumes), all from Routledge, brought together such sources in print form. Besides these, his work on and around the British Empire has appeared in the form of books such as English Writing on India, 1600-1920; Colonial Voices; The Penguin 1857 Reader; Indian Travel Writing in the Age of Empire, The Raj Dictionary; Days of the Raj; The Great Uprising; The Trial of Bahadur Shah Zafar, besides dozens of essays in globally indexed journals. He is currently teaching an MA Elective, “Before the Raj: The English ‘Discovery’ of India, 1580-1788”.