Reading IWE: A Student Workshop, and a Milestone 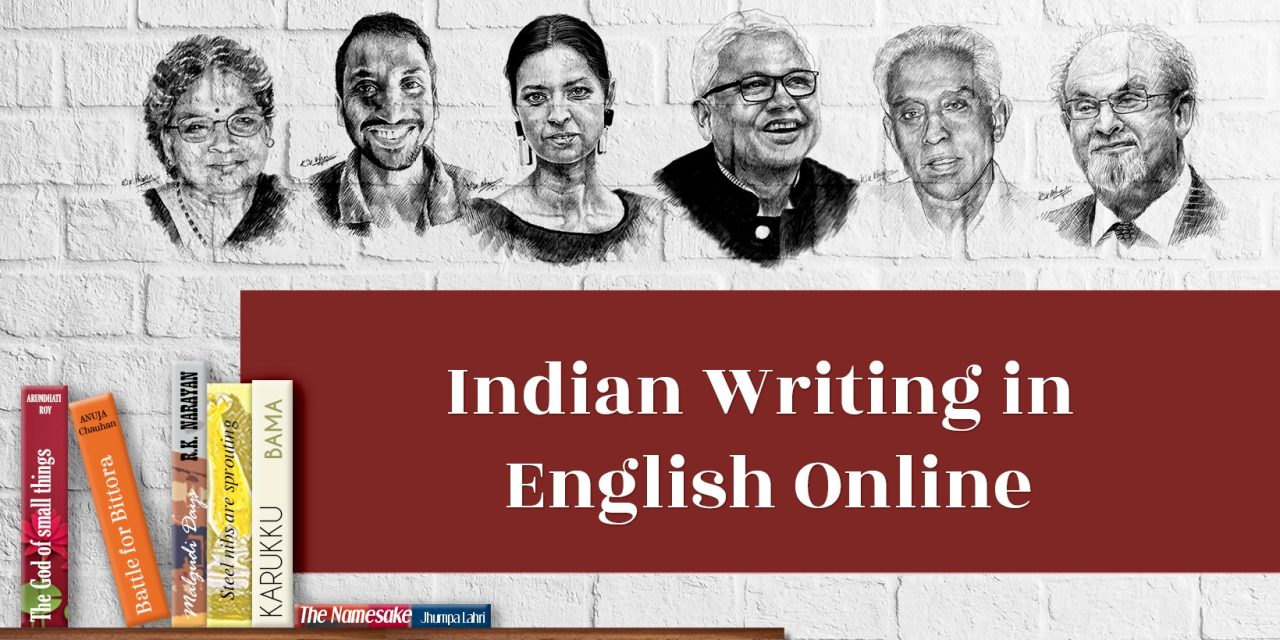 In the same week that Indian Writing in English Online, the world’s only OER for the field, reached a milestone, it also organized a student-workshop, Reading IWE, 29 Aug-2 Sept. 2022. IWE Online, launched on 5 April 2022 by Professor BJ Rao, Vice Chancellor, has had 10000 visitors in just a few months. IWE Online is being executed under the Institution of Eminence project of UoH. 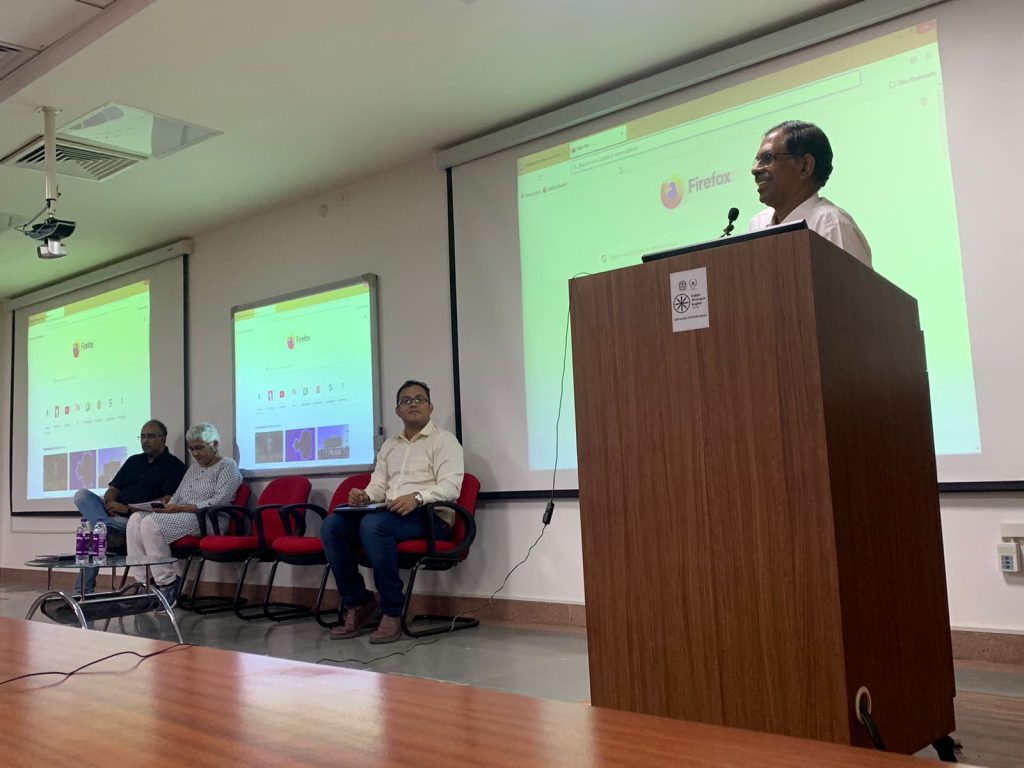 Reading IWE is the second event conducted in the IWE Online project. It was inaugurated on Aug 29th 2022, by Professor M. Ghanashyam Krishna, Director IoE, in the presence of several faculty members and students, including the many student participants from universities across the country. The Project and Workshop were introduced by the project investigators, Anna Kurian and Pramod K. Nayar. Organized with the larger view of studying Indian Writing in English as a discipline, the series was divided into five segments focusing on different literary genres in IWE: the novel, the essay, poetry, Northeast Indian literature, and Partition literature, with the intention to train students in different methodological approaches to reading these genres. The four-day event was structured such that the resource persons delivered open lectures, conducted close readings of texts in workshop sessions and interacted with small groups of students about ideas for essays in a hybrid online-offline mode. 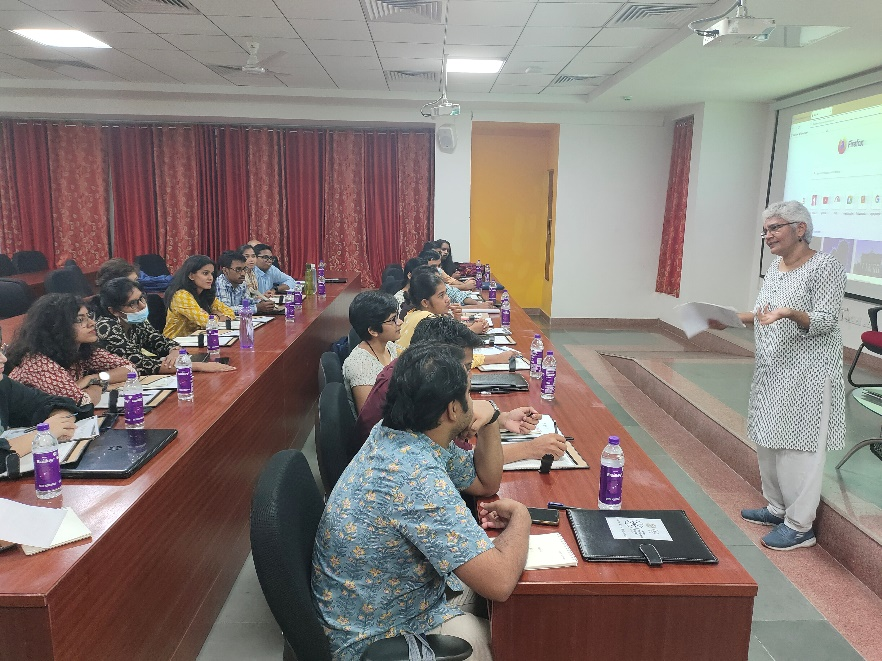 Anna Kurian, PI of the project, welcomes students from various parts of the country on Day 1.

Avishek Parui (IIT Madras), in his lecture and workshop sessions on Reading Partition Literature argued that the literature of Partition has long functioned as its museum, remembering its stories, and preserving them in an experiential and affective archive. He read Partition Literature as a memory-and-empathy device, discussing how its fictionality itself becomes the site of subversion, retelling political events through subjective frames, and creating hyperlocal and sentimental spaces outside of institutionalized national narratives.

This was followed by sessions by Subarno Chattarji (University of Delhi) who discussed the Indian Essay in English, demonstrating its wide stylistic, tonal, and thematic range, illustrating his arguments through four essays by A. K. Ramanujan, Amitav Ghosh, V. S. Naipaul, and Manjula Padmanabhan. Through these readings, he analyzed the question of universalism versus contextualism, and studied the different ways in which the authors located themselves in terms of their contexts and their audience, each trying to define and delineate their own idea of Indianness. 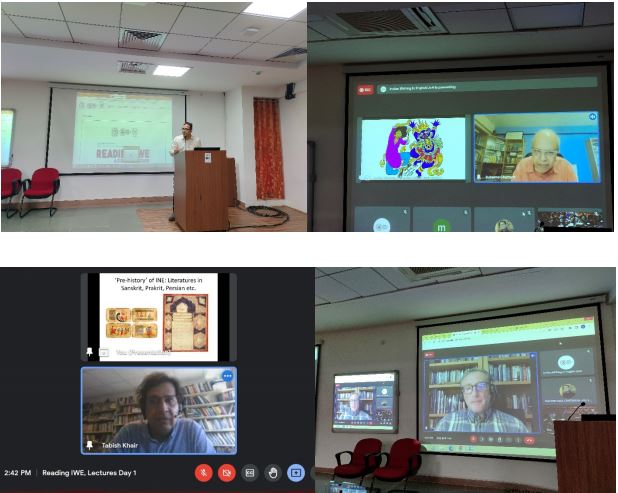 (From left to right) 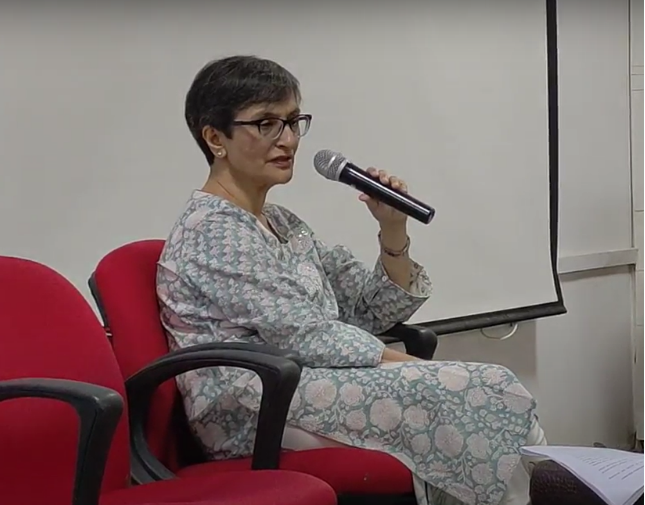 Tabish Khair (Aarhus University), in his talks about Reading the Indian Novel in English, traced the pre-history of the Indian English novel, listing its many cultural forerunners, including classical writings in Sanskrit and Persian, early travel writing in English, early Indian English poetry, and colonial-era writings by British and Indian authors. His talk reflected on the value of literature and literary criticism, and the ways in which literature renders whole worlds into language, while not reducing them to their linguistic dimensions alone.

Graziano Krätli (Yale) lectured on reading Indian Poetry in English. He emphasized that in a world characterized by mobility, poets often have multiple cultural, linguistic and national identities, which goes on to shape Indian English poetry as a diverse and heterogenous field. He also focused on the ways in which reading poetry calls for a close attention to and a deft movement between form and content, sometimes reading them parallelly, and sometimes reading the divergences and frictions between them.

Nandana Dutta (Guwahati) spoke on English and Northeast Indian Literature. She surveyed the field of Anglophone literatures in the Northeast and historicized the formation of a literary public sphere. She guided students through a close reading of a diverse set of texts by writers representing the different states in the Northeast, and the discussion session that followed engaged with questions of pedagogy and syllabi formation as well. 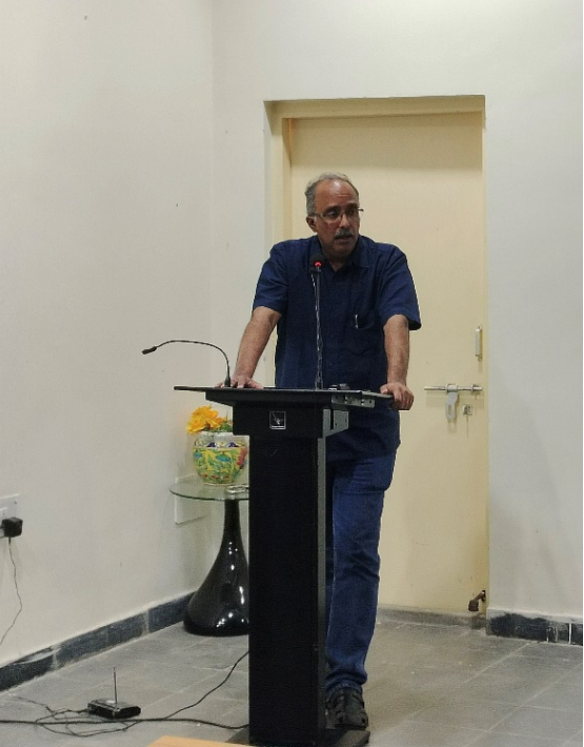 Pramod K. Nayar, Co-PI of the project, delivered the Valedictory Lecture on September 2

The workshop ended with a valedictory address by Pramod K. Nayar on “Situating IWE in (the age of) Postcolonial and World Literatures” on September 2. This was followed by a panel discussion on newer directions research in IWE could take by some of the research scholars of the department: Akshata Pai, Alma Poinamei and Atul Nair along with Meenakshi Srihari, the project RA, and moderated by Sourav Jatua, also a research scholar.

Each of the speakers highlighted the ways in which the field of Indian English writing is always entangled with many other linguistic contexts and how authors and texts often function as interlocuters between the different linguistic and cultural fields they inhabit. Every talk was followed by Q&A sessions that saw enthusiastic participation both online and offline. The intensive week-long student workshop saw participation from students from all over the country. 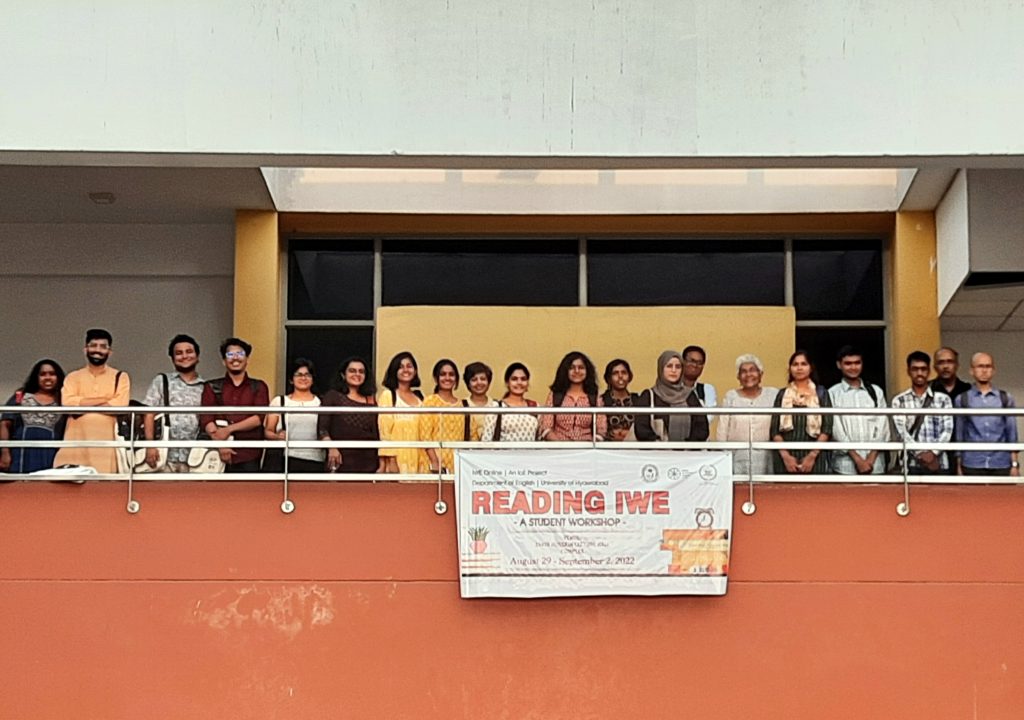 Currently, IWE Online carries critical biographies and scene-setting pieces on genres such contemporary Indian poetry and Indian drama through to the fields of comics and children’s literature. IWE Online has worked with scholars from around the world, which include not just academics but also writers, such as the Sahitya Academy winning poet Arundhati Subramaniam and the award-winning children’s author Nandini Nayar; and writer-publishers such as Ananda Lal from Writers Workshop, responsible for publishing several of India’s leading canonical poets. Carefully curated excerpts from literary and visual texts have been republished on the website with due permissions.

The project has some exciting plans up its sleeve. To be launched soon is a section on poets and the art of poetry, featuring a questionnaire answered by contemporary Indian poets, recalling the poet P. Lal’s early venture. Two niche sections on the Health Humanities and Northeast Indian Literature will contain essays, annotated bibliographies and excerpts from key texts to serve as introductions to these important areas in IWE. A workshop on illustrating IWE with graphic novelists and illustrators in the country, an international workshop on “Reading IWE”, and other outreach activities are in the works, besides several essays that are currently being reviewed. 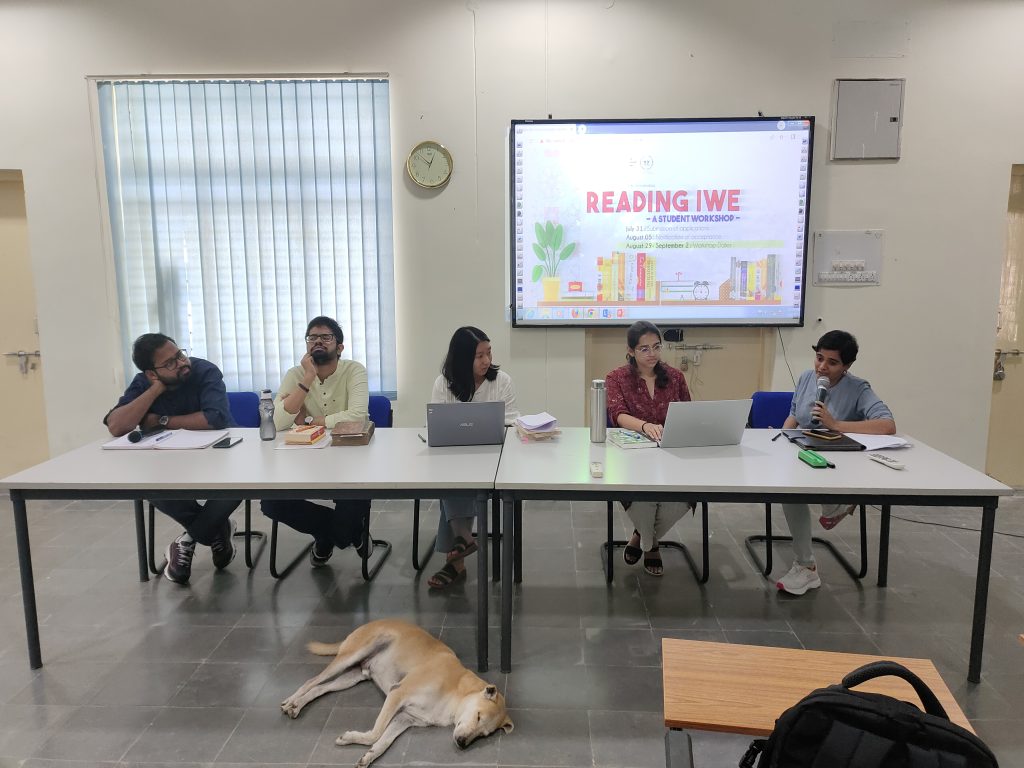