Reading Matters – I: Contextures of Memory 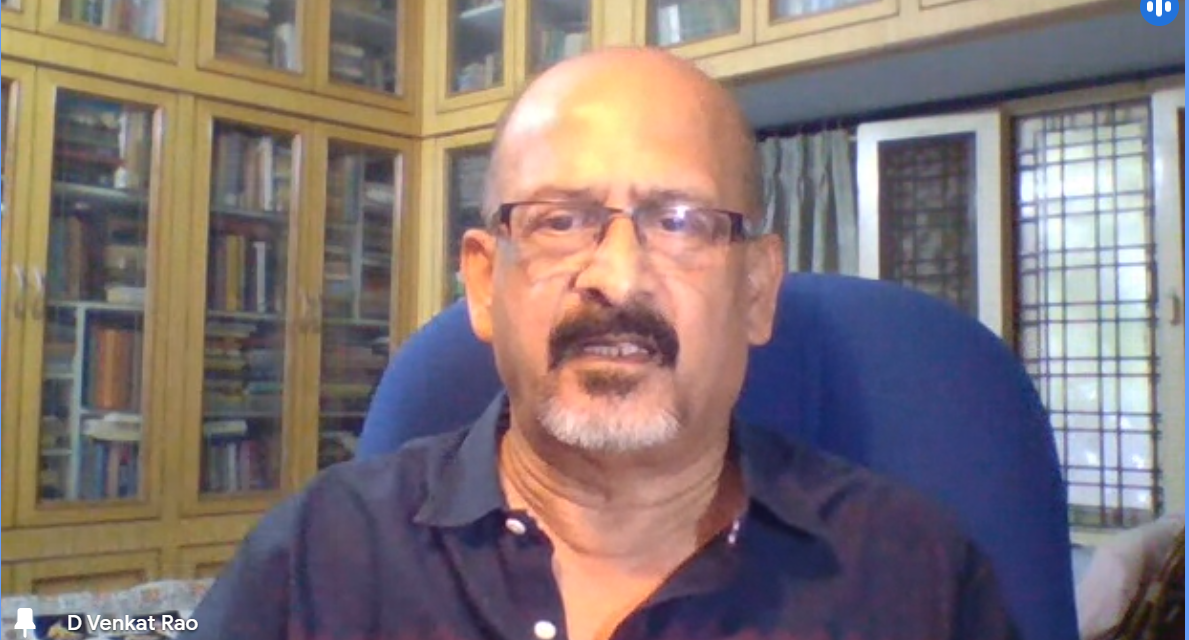 On 25 August 2021, the Department of English of the University of Hyderabad hosted the inaugural event of a lecture series entitled Reading Matters. Organised under the aegis of the Institution of Eminence (IoE) grant, this series is coordinated by the Department’s Research Chair Professor in Literary and Cultural Theory, K. Narayana Chandran. The inaugural talk, titled “Contextures of Memory,” was delivered by Professor D. Venkat Rao of the English and Foreign Languages University, Hyderabad.

The Vice Chancellor Professor B. Jagadeeshwar Rao conveyed the following remarks on the occasion:

I am happy to see this initiative from the IoE Research Chair Professor, our distinguished Professor K Narayana Chandran, and the Department of English. Focusing on reading, especially for the students, is a great idea and I expect that the speakers in this series will offer both ideas and ideals, strategies and cues on this most crucial of skills.

My very best wishes for the Series and all future programs from the Research Chair and the always active Department of English.

Professor Pramod K. Nayar, Director, IoE, and Head in charge, Department of English, began by welcoming the Vice Chancellor of the University of Hyderabad, Professor B. Jagadeeshwar Rao; the Dean of the School of Humanities, Professor V. Krishna; the speaker, Professor D. Venkat Rao; the IoE Research Chair Professor in Literary and Cultural Theory, Professor. K. Narayana Chandran, and all the faculty members and students present. He elaborated upon the scope and the objectives of the Institution of Eminence project of the Government of India, and the academic activities undertaken by the university in this regard.

Professor V. Krishna, Dean, School of Humanities, and a distinguished Hindi scholar, congratulated the faculty and students of the Department of English for their stellar research and teaching, and also for organising this event. He observed that reading has various forms and is an important aspect of literary studies.

The Coordinator’s remarks remembered the origin of the Department of English – the very first academic unit of the UoH – which began functioning in 1974. Further, he thanked Professor D. Venkat Rao for accepting the invitation, the Head of the Department of English Professor Anna Kurian (who could not attend due to an emergency), the Director of the IoE Professor Pramod K. Nayar, the faculty, and students, for help and support. The inaugural remarks stressed the need to acknowledge the several, often contradictory, meanings of reading; the need to read the Word as well as the World; how reading enlarges our horizons and makes the history of English meaningful for Indian students; and the larger question of whether English, to us in India, is servitude or freedom.

Professor Rao dealt with the significance of memories for human cultures and the contexts in which they are articulated. He argued that memories assume presence and significance upon their articulation in contexts or cultural formations, like classrooms, universities, and societies. He proposed the hypothesis that cultural memory can be articulated in two distinct but related forms: inscriptional (or lithic) and non-inscriptional (or alithic or mnemocultural). He went on to trace a brief intellectual history of both these cultural formations to highlight the privileging of the lithic media like inscriptions and books by the West over the long and varied mnemocultural traditions of Asia, which involve music and dance forms which employ bodily gestures and expressions. Professor Rao stressed the need to explore the alitihc modes of transmission of cultural memory in India, where the human body becomes the living archive and articulation of centuries of cultural memory. He cited sources from classical Western and Indian culture like Homer and Bharata to explain the evolution of alithic formations. He further pointed out the prevailing dominance of the written word over oral traditions in the work of modern European theorists like Jacques Derrida. The presentation emphasised the significance of the colonial encounter between England and India, which was also an encounter of these distinct cultural formations, and the need to reorient ourselves.

The participants numbered a little more than 100 at one point on the GoogleMeet screen. They included postgraduate students across the country, a few former students of the Department, besides a score of undergraduates in Memory Studies from Sophia College, Mumbai.

The lecture was followed by a stimulating discussion. Notable in it was an intervention by Professor Vipin Srivastava, Honorary Professor of Physics, UoH, who found very interesting correspondence between narrative ‘fractals’ and those in Physics to which, he said, he had devoted some attention during his early researches. He fondly recalled his discussions with Professor Sudhakar Marathe of the Department on narrative embedding and repetitions, and how such phenomena were noticeable in the physical world as well. Students joined the discussion with their questions and comments regarding the forms and textures of lithic and other forms of memory. The two-and-a-half-hour event concluded with closing remarks by Professor Chandran, who particularly thanked Ishanee Sarmah, PhD scholar, for designing an elegant poster for the Lecture Series, and a formal vote of thanks by Sayantan Lahiri, an MA Semester III student of English.