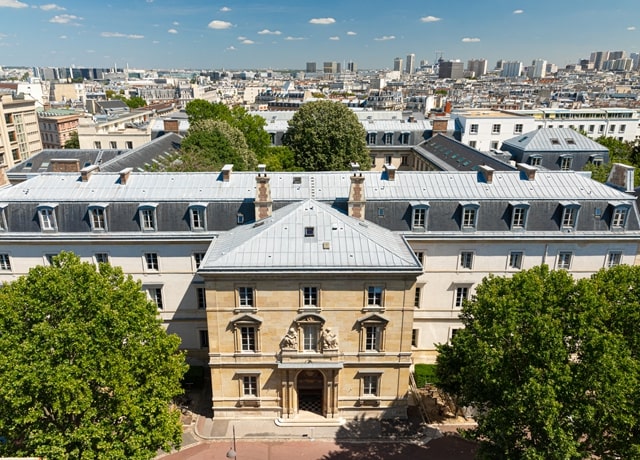 The PhD students of Centre for Neural and Cognitive Sciences, University of Hyderabad, Vaishnavi Mohite and Aswini Madhira, had the opportunity to visit the prestigious institute of École Normale Supérieure (ENS), Paris, along with their PI and Head, Prof. Ramesh Mishra.

This visit was organized as a part of the multicentric, international iBrain Erasmus+ grant to Prof. Mishra and Prof. Boris Gutkin along with other partners across different countries like Paris, Denmark, UK and India. The grant allows travel to partner countries and interaction with research labs associated to foster dissemination of knowledge in mind and brain sciences. The team co-organized a workshop on Recent Trends in Visual Cognition on 8th December, at ENS along with Prof. Gutkin. The workshop was catered towards creating interdisciplinary dialogue among researchers globally, highlighting the most recent work and also the future scope of the field. It was held in hybrid-mode to ensure wide audience reaps the benefits of this endeavour. 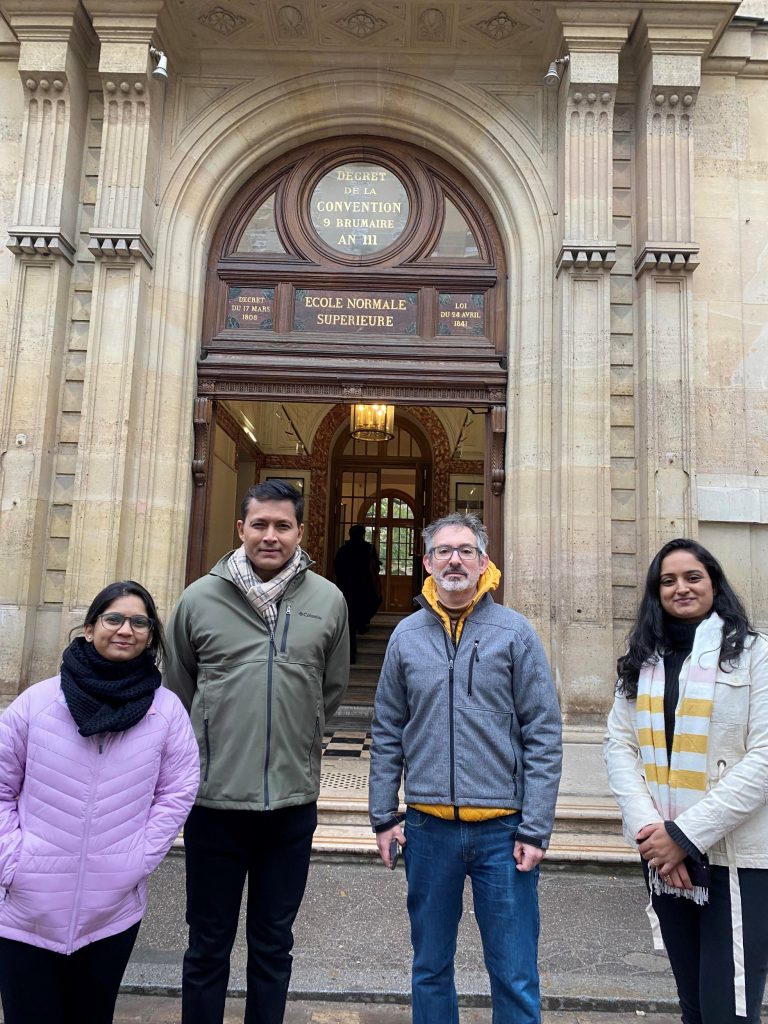 There were 4 keynote speakers from Institut Paris Descartes Neurosciences Cognition, Ecole des Hautes Etudes en Sciences Sociales (EHESS), and so forth. The workshop started with a brief introduction by Prof. Gutkin, introducing the speakers of the day and emphasizing the need for such a comprehensive workshop that integrates research across different empirical and philosophical schools.

Dr. Peter Neri, Director of vision research – CNRS, presented a set of studies exploring how humans perceive object boundaries using virtual reality and suggested that shadows of objects act as meaningful markers in object definition. He showed how one could integrate a Virtual Reality (VR) system to the existing experimental paradigms to bring them as close as possible to study human sensory adaptation taking into account the ecological structure of environmental statistics. This was followed by an intriguing talk by Prof. Kevin O’Regan, the ex-director of Laboratoire Psychologie de la Perception (LPP) at Institute of Neuroscience and Cognition. He is well-known for his contributions towards the change blindness paradigm. His research brought interesting insights about how we don’t “represent” information and instead build a mental “guide-book” that enables experiences. He spoke about the sensorimotor theory and its role in explaining consciousness and our experience of the world around us. Prof. Mishra presented his work on literacy, bilingualism and visual cognition in the Indian context. He discussed how the visual world paradigm could be used in a non-linguistic setup to understand the cognition of literates versus illiterates. He stressed the implications of literacy in enhancing anticipatory behaviour (measured through eye movements) which would be a key marker for understanding how we prepare ourselves for the environment. Finally, Prof. Jerome Sackur, cognitive psychologist and philosopher at Cognitive Sciences and Psycholinguistics Laboratory, discussed about the dimensions of phenomenal consciousness. He presented empirical methods of investigating phenomenology in visual consciousness – taking forward the overflow thesis of Prof. Ned Block.

Every talk prodded lively discussions among the speakers as well as the audience that gave way to critical observations, potential ideas, and novel outlook towards each other’s work. The audience coming from different backgrounds such as cognitive science, computational neuroscience, empirical philosophy, and even neurophysiology, had the scope to understand the implications of their own research at different levels of interdisciplinarity. The workshop was a success in encouraging diverse ideas and integrating advancements across disciplines.

The workshop was followed by an interactive demo of the Eye-tracker and the Virtual Reality system at ENS by Dr Neri. Our students interacted with members of different labs and were acquainted to the research work at ENS. This visit, organized with the support of University of Hyderabad, was promising in paving way for future collaborations for our university at a global level.